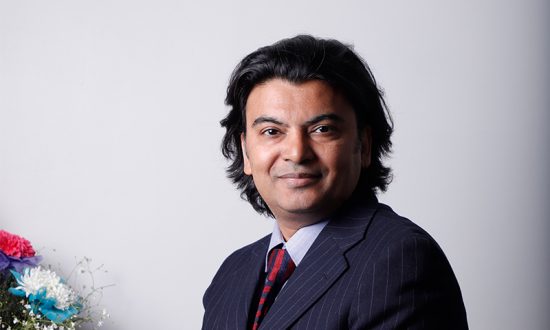 Digital Marketer by day and esports fanatic by night, Tarun is literally living his dream! He is Founder at Ultimate Battle — India’s first ever online esports platform. With over 20 years of experience, he is an esports Evangelist, Hustler and a Digital Marketing Veteran. Ultimate Battle is the result of Tarun’s dream and determination. Since its inception in the year 2017, he has guided the development from a four-person operation into an exciting and dynamic workforce catering to the online gaming needs of Indian Gamers.

The Indian Esports industry is growing rapidly. Growth and penetration of internet infrastructure along with the accessibility of affordable gaming devices have contributed to the rise of Esports in India. Currently, there are over 150 million esports gamers in India which is expected to grow to 270 million by 2024. Contrary to the statistics of gamers around the world, India has grown into a mobile dominant esports ecosystem due to the increasing interest and ease of accessibility to affordable gaming phones among millennials. With 5g technology on the way, we would see more gamers turning to esports enthusiasts.

If we go by numbers, the Indian Esports industry accounted for 9.13% of aggregated revenue out of the overall online gaming market in FY20 as per the inc42 report. India also saw a huge rise in esports viewership touching 17 million in 2020 which is expected to cross 90 million by 2025.

From game publishers to end gamers, the whole ecosystem runs at multiple levels which gives a plethora of opportunities for businesses and gamers. Here are some of the possible avenues:

Esports is slowly but steadily turning into a viable career option for many. Esports Athlete as a career has now also become lucrative as multiple Team IPs being launched and new startups are launching their own teams to compete in League events. In addition to that, casters/commentators, video editors, coaches, and streamers, etc. are some great options that you can explore as a career in the Esports industry. Casting Talent/Commentator profile offers the opportunity to talk about the game as it goes on.

With more leagues and events being hosted we’re seeing esports organizations forming professional teams and coaching them into Esports athletes. Owning an esports team creates an invaluable IP where one can monetize via sponsorships, content, and prize pool.

Esports cafes have great potential as they support gamers to play Esports games and tournaments without having expensive and requisite hardware. India has over 350-plus such esports cafes equipped with mandatory infrastructure in place. Recently NVIDIA announced to add up to 100 more cafes to the list.

Esports being a spectator sport attracts millions of players who not only play the game but also watch online gameplay on streaming platforms along with keeping up to date with the latest happenings in esports. With the high demand for quality content, monetization via advertisement and patronage has been the bread and butter of the industry.

Investing in Esports is a Viable Business Option

Esports in India is an opportunity waiting to be grabbed, and a lot is already happening in the space.

One of the key reasons behind the skyrocketing popularity of Esports is the prize money attached to it. Since 2016, the prize money given to the players participating in the leagues and tournaments has increased manifold. This has solely attracted a huge audience base In India to play esports and win big.

Prize pools paid out from Indian tournaments saw an increase of over 180%, from just above $500K USD in 2018 to over $1.5M in 2019 with international events like ESL One Mumbai, COBX Masters, and DreamHack Delhi happening in India. The domestic prize pool surge has been fuelled by the popularity of the games such as Free Fire, PUBG Mobile (now introduced as BGMI), and other multiplayer action or strategy games.

As the demand for competitive gaming is growing, venture capital firms and investors are showing interest in investing in Esports. Recently, Krafton has done an equity investment of Rs 154 crore in Nodwin Gaming along with $9 million as seed funding to Loco – a game streaming platform popular among streamers. This shows positive growth and opens the gateway for other VCs and firms to look at investment opportunities in the esports ecosystem in India.

Esports in India: The Way Forward

Esports is already an established industry in countries like the US, Japan, and China. India has the caliber and capacity to become the global leader in Esports, and it is about to explode.

Technologies for Cardiovascular Disease: A 2023 Appraisal
Seeing Strategically
10 Recommendations On How To Negotiate Outsourcing IT Contracts
Shopping in the Age of ChatGPT: How the New AI Rage is Revolutionizing Retail Experiences and Consumer Goods Manufacturing
Experience the joy of teleportation with Proxgy’s Smart Helmets
Why Higher Education Will Never be the Same Again
CONTACT US