How to Spot Misinformation in the Data Age 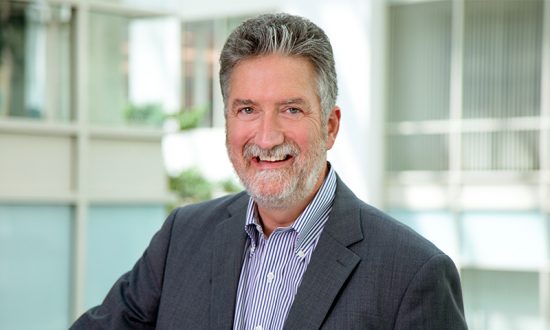 Dr. Paul Barth is the Global Head of Data Literacy for Qlik. Dr. Barth joined Qlik as CEO of Podium Data, which was acquired by Qlik in 2018 to create a next generation integrated data and analytics platform. He has spent decades developing advanced data and analytics solutions for Fortune 100 companies, and is a recognized thought-leader on business-driven data strategies and best practices.

Misinformation, fake news, the ‘infodemic’ – all are terms that have increasingly entered the global lexicon in recent years as the population attempts to rationalise its unprecedented exposure to inaccurate data. Although the concept of spreading misinformation is far from new, its capacity to have a dangerous impact on the world has increased significantly – not least to dampen the sentiment towards a potentially world-saving Coronavirus vaccine.

At its core, we are talking about information that lends itself to being spread. It is attractive to certain groups of people, whether those supporting a particular political position or perhaps sensational or hateful ideas. Between the easy access, the possibilities afforded by anonymity and a lack of regulation, social media platforms have become a breeding ground for this type of activity. The rise of digital technologies has also contributed by generating exponentially higher volumes of information over time that could potentially be distorted.

But let’s not forget that misinformation is just that – data. While it can be overwhelming to process and evaluate billions of facts every day, the skills to understand when people are taking them out of context can be learned. There are certainly deeper, longer-term changes to our global teaching curriculum required to address this, helping children to understand that the data they see online isn’t necessarily grounded in reliable facts.

But what can we do now to understand when we are being deceived? Although most of the fake news spread across the internet is misinformation – false or inaccurate facts communicated without an intention to deceive – each instance originated from disinformation, which signifies the very deliberate sharing of a biased narrative. This is what makes misinformation so dangerous – all it takes is one malicious actor to spread falsehoods, which can be amplified by many others who aren’t aware they are doing anything wrong. Despite protagonists of misinformation being ‘innocent’, it is still critical for us to limit it, particularly given how viral it can be during times of heightened uncertainty.

In the absence of defined legislation or technology, here are the three tips to avoid spreading Misinformation:

Consider where you get your news from: Being trapped in an echo chamber is a common pitfall driven by misinformation. If people allow themselves to take in news dictated to them by the algorithms of the internet, they are unlikely to see balanced perspectives. To remedy this, seek out a variety of news sources that tackle subjects from different angles. Despite the speed at which we are bombarded with facts, but it’s also important to look at what the data is saying, put it into a wider context and ask what the source is. What could the motivations be behind a piece of content? Of course, this responsibility extends to instances when you might be the news source. If you’re not sure of the facts, stop and think before sharing content across any online platforms – are you about to spread misinformation?

Re-connect with real communities: In the context of online anonymity and global connectivity, we are at risk of slipping into a world where the majority of interactions are ‘profile to profile.’ While digital communications and social media are useful for so many things, we can’t be totally reliant on them. Ensure you connect to your local communities – family, friends and real people – rather than machine and bots that may serve you up with tantalising content but do not constitute genuine relationships. Not only is this a healthy way to live, but it ensures that we are exposed to diverse perspectives. Genuine, trusted communities allow for group consensus driven by active listening, rather than being lured by polar ideas found online.

Upskill in data literacy: Despite the impact that misinformation is having on society, fighting the ‘infodemic’ is ultimately about better understanding the data in front of us. It’s a critical step to tackling misinformation that could have huge ramifications for society if we bypass it. We all have a responsibility to stop the spread, but remember, doing so is unintentional – so rather than shaming people, it’s about educating ourselves and others. There is a range of resources available or anyone looking to improve their data literacy skills and improve their critical thinking skills to prevent misinformation, which can be found on the learn page.

Technologies for Cardiovascular Disease: A 2023 Appraisal
Seeing Strategically
10 Recommendations On How To Negotiate Outsourcing IT Contracts
Shopping in the Age of ChatGPT: How the New AI Rage is Revolutionizing Retail Experiences and Consumer Goods Manufacturing
Why Is Workplace Mental Health More Than An Employee Perk
Gender Parity Post the Covid-19 Pandemic
CONTACT US