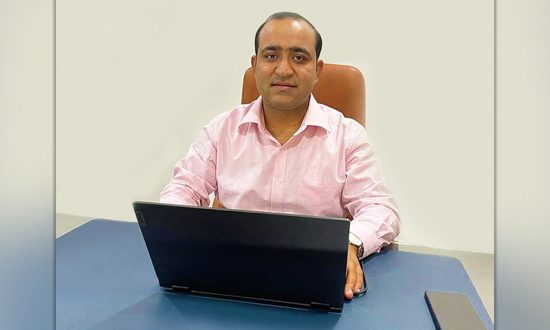 Tusshar Agarwal is the Founder of KYI Solutions, a leading bulk SMS Service Provider. He was born in Meerut, Completed his graduation from Delhi University & Post Graduation from IILM, Lodhi Road. In 2010, he entered the SMS Industry, by the name of KYI Solutions. Soon realized the POWER of SMS and 2021, they are making their presence felt in the Market with clients like Jaguar Land Rover, Policybazaar, Radisson, Gold Gym and 13000 more.

India is home to over 1.4 billion people and every quarter around 25 million new smartphone users are added.The number of smartphone users is growing exponentially and there is no denying that we now live in a mobile-first world. With 5 Indian states slated to go to polls amidst the highly contagious third wave of Covid-19, political parties are brainstormingideas to reach out to their voters, while keeping up with COVID-19 safety protocols.

Considering the uncertainty and need for social distancing, political parties are expanding their reach by sending Voice Broadcast to their supporters and voters. Voice campaigns enable politicians to carve a straight path to their voters and alter the fate of elections. From driving rally attendance, donation campaigns to reminding voters and supporters to head to polls, voice broadcasting can help leaders get their message across to a large populace quickly and safely. As a result, Voice Broadcast is gradually gaining huge popularity in boosting political campaigns.

Personalization has been a time-honored practice when it comes to building relationships. Often voters feel disconnected and detached from their leaders and voice campaigns can remedy this remoteness. By changing language, voice or message as per the voters’ state or city,political parties can lend a personal touch to theirvoice calls. As a result, voters feel valued and closer to their leaders and politicians can,in turn, earn their voters’ trust.

The reach of an election campaign can make or break whether a political party wins or not. In order to ensure the success of an election campaign,political parties must access as many voters as possible to get their message across. Considering the need for expansive reach, there can be no better way to spread the message and agenda than voice calls. Voice broadcasting enables political parties to establish a direct line with their voters irrespective of their location and communicate their party promise and message across a large populace.

Party volunteers and workers are the linchpins of every political campaign and leaders pin their faith on them to run their campaign successfully. Keeping them informedat every step of the way with party updates and changes through voice calls can help leaders strengthen their relationship with the workers. Voice marketing can also help leaders to attract and recruit new volunteers and gain more support for their campaign.

Often, political parties spend an extensively large amount of money in running their election campaigns. This requires political leaders to keep looking for effective ways to curtail their campaign costs.Voice broadcasting can be a one-stop solution for bringing down election campaign costs while extending the voter reach. Similarly, bulk voice calls can replace the need for hosting physical events and still promote party campaigns.

Despite awareness and continued efforts, several states record low voter turnout rates. Millions of eligible voters go unaccounted for when it comes to the polls. Instead of knocking on doors, political parties can send out a voice broadcast to remind voters to show up on the day of voting including reminding the unregistered voters to register themselves ahead of the election. It’s a convenient and time-saving way to address a large number of voters and increase the voter turnout rate.

Political parties rack their brains to raise the maximum possible funds for their political campaigns. An effective way to raise funds and donations for an election campaign can be to integrate a voice messaging program with the donation platform. As a result, mobile marketing will connect political parties with millions of potential donors and help them persuade to donate funds.

The fate of every political party’s outcome hinges on the success of their election campaign. The road to a successful political campaign is riddled with challenges be its limited reach, budgets, poor voter turnout or weak relationships with party workers.Given the uncertainties presented by the COVID-19 pandemic, Voice broadcasting can prove to be an effective way in overcominga myriad of challenges and boost political campaigns in the upcoming times.

The Benefits of Artificial Intelligence for your Business
What’s Your Value in 2023?
Transforming the Executive Search Industry & Making an Impact
Bring the Zing – 5 Keys to Powerful Presentations, Briefings, and Meetings
Always Evolving: Is AI taking over customer engagement?
Are Videos the Future for Communication
CONTACT US