How Women Are Taking Pace Over The Global Market 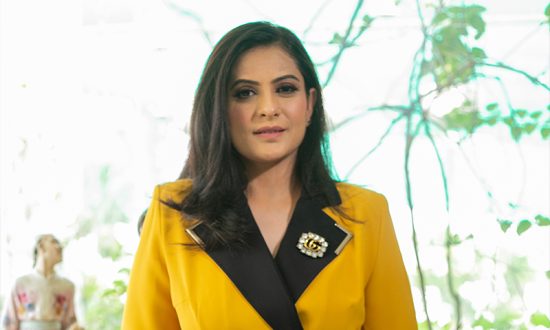 Delhi-based entrepreneur Sonal Jindal, who successfully executed and organized over 20 lifestyle exhibitions under her event management company MEDUSA, has diversified into global trade with her latest venture MEDUSA EXIM. Through her business venture Sonal Jindal, Founder & Promoter of MEDUSA EXIM, has created a strong vendor network with all the reputed exporters of India from the aforementioned segments. She is a signatory of women empowerment principles with UN Women and UN Global Impact. Being an international trade expert, she hopes to bring business into the country by increasing the number of export goods to boost the local economy.

McKinsey Global Institute said in one of its reports, “Both advanced and developing countries stand to gain if women participate in the labor force at the same rate as men, work the same number of hours as men, and are employed at the same levels as men across sectors.”

Despite the truth staring us in the face, the world still seems to be unaware of the benefits of women chasing their entrepreneurial dreams and taking the world forward with them. No wonder then that L’Oreal launching a $26 million initiative to support female-led start-ups across the beauty industry is still making news in the world. L’Oreal’s Bold Female Founders campaign, established with the initial capital fund sum of $26.6 million, will put investment opportunities right at the doorstep of women entrepreneurs and help them find their niche in any of the sectors like brand management, beauty tech, biotech and green science.

However, the campaign reflects a troubling thought – that women entrepreneurs still need a helping hand to go forward despite the fact that they aren’t any lesser than their male counterparts. It seems that businesswomen have many miles to go before they can claim to be in the same league as businessmen. Nicolas Hieronimus, L’Oreal’s CEO, has claimed that “venture funding of women entrepreneurship….remains at an unbelievably low level.” The words ring true when it is seen that start-ups led by women end up attracting less funding even though female entrepreneurs continue to outperform their male counterparts consistently.

There are several examples in the business world that substantiate what experts have to say about the space occupied by women in the global market. For instance, Carol Craig, Founder-CEO of Sidus Space became the first woman Founder-CEO to take a space company public. Incidentally, Craig was also the first woman aviator in her squadron serving as an active-duty P-3C Orion Naval Flight Officer.

There are many incentives to helping women come up the priority ladder in the entrepreneurship struggle. Quoting McKinsey Global Institute, “There is a greater chance for a country to gain economically if women participate in the labor force at the same rate as men. If women get to work even with partial parity in the world of business, countries would see their GDP increase considerably, bringing in a better rate of progress.” In case of India alone, the GDP growth by 2025 would be $3.3 Trillion if the workforce shows gender parity, claims McKinsey. The global GDP growth rate would be a whopping $484 Billion in case of an ideal workforce balance.

This is not to say that women aren’t coming on top in the world of entrepreneurship. There are numerous examples where female entrepreneurs have forced the world to sit up and take notice. Women in corporate space have exhibited brilliant managerial skills and business acumen, irrespective of the fact whether they come from business background or not. In fact, women bosses are visible seen as doing their best to promote young women to launch themselves in business. But, it isn’t a job alone just for women. The society needs to come together as one and push for enhancing women’s participation in business development because that is a potential means to achieving social justice and reducing poverty.

It is a proven fact that the more the women take part in economic growth of their country, the better it is for overall family health and child development. Despite that women still face many barriers in contributing to the economic development. There are a number of legal, structural and cultural obstacles that still persist in the path of women looking to contribute more to economies.

Now coming to how the world of business can be turned into a level playing field for women seeking to take pace in the global market, experts have identified four areas where the world can do better to allow women to take center stage in the world of business. It is suggested that in order to achieve gender equality in business, we need to work more on women’s education, their inclusion into financial and digital growth, providing them legal protection, and making the society more supportive for them.