How Women Entrepreneurs are Driving Change in the Industry 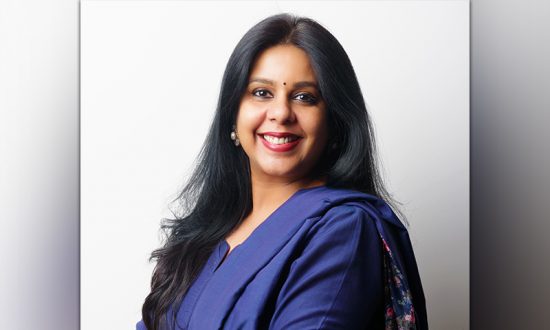 Meeta Nagpal is a mentor to many young artists. Over the last 17 years she has groomed and mentored hundreds of artists globally. Many of the artists have performed at prestigious platforms globally and have also won national and international recognition. Apart from being an entrepreneur, she is also a trained Kathak dancer (learning under Guru Prerana Shrimali) & Author of the book ‘The Magic Man’. She is also the President of The Artist Foundation (TAF) and Secretary, Snehi, An organization for psychological support and mental healthcare.

“They chase none, need no validation, and handle everything like a boss!”

The ones who were expected to stay in the veils are now taking the charge to rule the world and that’s how they have been proving themselves everywhere, every single time. They emerged as the decision-makers and the trend-setters to the world that expected them as a synonym of weakness. It is more than just correct to admire the talent, perseverance, creativity, and knowledge; with which the women are driving the change in the industry. It took years for the women to establish their way instead of following the men’s way of doing things.

Women entrepreneurs are driving rigorous change in the industry and shaping their businesses as well. The change isn’t the result of immediate action in spite is the result of continuous efforts made by women to gain the well-deserved respect, status, platform and flourish well in a world that suppresses their presence and potential by all means.

The change is being driven in various ways. Let’s dive into the list and give a read to ways in which women entrepreneurs are driving change in the industry:

Adding innovation to everything:

No one can beat women entrepreneurs in emerging as great innovators. With the women stepping into the world of business, the platform remained open for them to do their best. All that the women did, was to bring change and add innovation. As women got more power and influences the industry, brings new ideas and innovation as well. Across the industries, greater gender equality helps in creating new products, services, and businesses giving greater and better results.

A whole new approach to leadership:

It is stated that the companies experience more profits when the women are in the higher designations and take the charge of the development and growth of the business and company. Although women being in leadership roles is still not that famous aspect of industry but time has changed. The women are now taking the lead with new approaches to grow and nurture.

The social norms have been holding the feet tight of the women in our country for ages. The super-souls have been able to break the chains and prove their might. The sense of independence has led to enormous changes in the industry. Women have been able to find the ever deserving place in the businesses and make the changes never seen before! With no fears in hearts and opportunity to prove, they came out to be the best performers in the industries.

The living standards have been upscaled of the women and through them of their families as well. The women entrepreneurs understanding the issues they faced choose to provide opportunities to fellow women and give them chance to conquer the world. Also, the numbers have increased of women being in the lead roles in different industries, upscaling the lives and living standards of people related to them.

“A woman can understand the needs of another woman.”

The superwomen have been backing and fighting for the rights of other women. The women entrepreneurs by helping needy women with jobs and deserving women with opportunities are changing the work culture and style of a company working.

Prevention of violence against women:

The women entrepreneurs have successfully generated the idea of women succeeding everywhere in the eyes of the world. This change has led to many other changes. One of the major issues was the violence against women even in the workplace, the women growing strong and not-so-easy to deal with are saving hundreds of women from violence and helping to get better work opportunities and environment as well.

Generating a sense of independence and freedom for women:

The industry that once used to be full of men now has females ruling all over. This equality has made other women realize their worths and uplift their fallen desires to stand back for themselves and their goals and desires. The growing and ambitious women are now generating a sense of independence in the industry for the tribe and sowing the seed of equal opportunities to reap the fruits of transformation.

A 24% of all the businesses have more than 50% of ownership by women, according to the U.S. Women’s Chamber of Commerce. The total number of women growing their businesses beyond the number of $1 Million has finally reached the point of no return.

The women entrepreneurs have been successfully transforming the vision of people and so the country as well. They haven’t failed yet in proving what they actually deserve. The change is yet to happen and the world is more to grow.

The Benefits of Artificial Intelligence for your Business
What’s Your Value in 2023?
Transforming the Executive Search Industry & Making an Impact
Bring the Zing – 5 Keys to Powerful Presentations, Briefings, and Meetings
How to Increase Employee Retention Rate
Will Robotics Replace Human Therapists in Aesthetics
CONTACT US