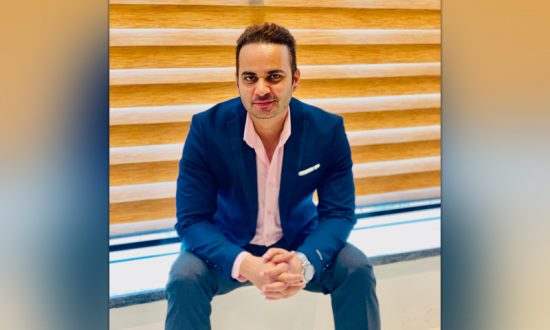 Praveshh Gaur a management professional and entrepreneur driven by his passion for fitness. He is known for his risk-taking capabilities for new ventures that he believes in, but also possessing the skills and putting in all the hard work and dedication to make any project successful. Praveshh is currently managing companies like Srauta wellness, “FastFit”, “Cafe five Koshas” and Speedways mega trucking with equal dedication and passion. He is always open for new ideas and venture.

Mental health has been neglected for long in India. According to an estimate, over 61 million people are living in depression in our country. It is not very difficult to understand the gravity of the situation as there are only 0.3 psychiatrists, 0.07 psychologists and 0.07 social workers per 100,000 people in India.

Cases of stress, anxiety and depression are also expected to rise after the pandemic generated lockdowns and restrictions. It is important to mention that most of the mental illnesses are accompanied with some or other kind of disabilities and hence, affect personal and professional life of these people.

Apparently, these reasons never sufficed to draw the much-needed attention of the authorities and India lacked a consolidated mental health services program. But it is high time to stop cribbing about the situation silently and suffer. Celebrities like DeepikaPadukone have brought the issue to mainstream public disclosure when sharing her personal struggles to cope with the spell of depression.

More often mental disorders are attributed as invisible disorders but much like air, their existence is a universal fact. Ironically, the Covid times are turning out to be as an opportunity to analyze and reestablishthe mental health services probably because it was never in place before.

Any mental health problems including anxiety, stress and depression falls under category of mental illnesses. As these cases are on a continued upsurge, we as a nation should be committed to address the pitfalls in the existing services or may be revise the whole system from the scratch.

India being home to over 205 million persons with zero mental health intervention access, we are in absolute dearth of mental health connoisseurs. Coming back to the prevailing practice of Indian governments (with no significant difference between state governments and that at the center) a small, almost negligible share of entire health budget is spent on mental health. Stigma build around the mental illnesses and discrimination done with the patients and their families by the society contribute further to worsen the situation. In many cases, denial of socio-economic rights and forced admissions in mental health hospitals lead to suicidal attempts by the patients and their family members. These facts cumulate to an alarming situation of India’s mental health system.

Change Of Plan: Do Or Die Situation

Considering the current status of the system and shoot in the number of cases coming to doctors and their clinics, it is no less than a do or die situation for mental health system in India. In a survey, it was found that more than 59% of people who think they are in a state of depression don’t open up before their family and friends. Terms such as ‘mental’ and ‘crack’ are common to be shared as joke in our society but at the same time they are very serious in implication. Believe it or not mental illness is still a taboo in Indian society and there are innumerable myths build around it.

The World Health Organization has perpetually addressed the need to end the stigma, expansion of services and efficient use of constrained resources in promotion of mental well-being and protecting the rights of people suffering from mental illnesses in India. Amid a slight progress, we are facing a major setback in terms of the outcomes , that too after being the torchbearer country that adopted a Mental Health Program (MHP)in 1982. After almost 4 decades we are still lingering around the ages old stigma and taboo may be because the attempts made were not well-conceptualized or lacked functionality. Credit for underperformance of the mental health services designed so far is of course to be given to the very limited budget <2 % of the health budget of India.

However, situation is expected to get better with rekindled interest of multiple stakeholders after the WHO call for scaling up action against mental illnesses.

After the announcement of ambitious National Health Policy, 2017 by PM Narender Modi, accessibility to quality mental healthcare services at affordable cost appeared to be a possibility for majority of Indians. Three years down, the situation has not improved much. If the recent surveys are to be believed, close to 18 crore people in India are suffering through some or other mental problem. A sum total of Rs 50 crore is allocated to mental health program. This insufficient funding is enough to narrate the story of an irrational approach towards the always abandoned problem of mental illnesses.

We have streamlined the key points that should be covered in the universal mental health policy in India:

Combatting stress and depression, is not a person’s fight alone in silence and dark nights. Slight lifestyle changes and mental therapy can help people you love in not only recovering but also preventing such episodes in future. Nevertheless, it is critical to detect any signs of depression and consult with a qualified medical professional.

The Benefits of Artificial Intelligence for your Business
What’s Your Value in 2023?
Transforming the Executive Search Industry & Making an Impact
Bring the Zing – 5 Keys to Powerful Presentations, Briefings, and Meetings
How can you be Financially Independent?
Future of Retail Payments in India
CONTACT US