Indian Businesses are Booming in the International Market like UK 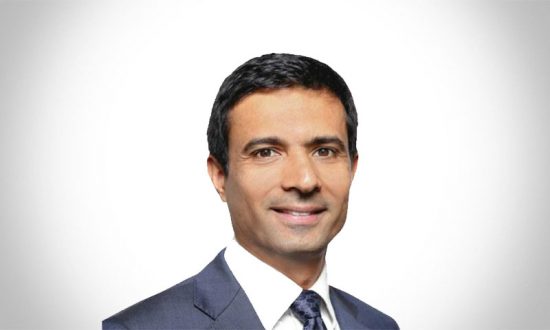 Founder & Director of A Y & J Solicitors, Yash Dubal is a successful lawyer, speaker and dedicated entrepreneur. Yash provides UK immigration solutions to Corporate so they can expand their operations to the UK. He also provides UK immigration solutions to individuals to work and live in the UK with a view of gaining settlement/permanent residency/British Citizenship. His passion, dedication and determination have led A Y & J Solicitors to become a Legal500, multi-award winning, 13+ years experienced, boutique UK immigration law firm based in Central London. They have 4000+ success stories.Yash is a dynamic individual and actively contributes to social work. He has run various marathons and completed multi-terrain runs for supporting causes like the British Red Cross and Pratham, an organisation supporting disadvantaged children in providing education in India.

This month (November) British Prime Minister Boris Johnson and Narendra Modi launched a new flagship international initiative to dramatically accelerate the global transition to a clean powered world. The launch took place at the COP26 climate summit. The programme is called the ‘Green Grids Initiative’ and it aims to accelerate the development and deployment of interconnected electricity grids across continents, countries and communities, thereby improving energy access of the poorest through mini-grids and off-grid solutions. It is backed by over 80 countries.

The plan will see businesses to dramatically scale and speed up the deployment of clean technologies and drive down costs globally. The scheme is undoubtedly good for the planet. It is also good for business and is a perfect illustration of the international muscle that Indian businesses now flex.

Indian foreign direct investment is booming. Indian businesses are expanding in markets in both the developing and developed world. Throughout Africa, for example, lorries produced by Tata Motors are used for everything from construction to rubbish collection. The company has assembly plants in many countries, including South Africa and Malaysia. Citizens on the continent stay in touch using mobile telecoms networks run by Bharti Airtel. And in Egypt, Aditya Birla Group is one of the nation’s biggest industrial investors and exporters. India’s investment in developing nations has been growing steadily. In 2019 it reached roughly $46bn, according to the UN Conference on Trade and Development, up from around $40bn in 2010. About $30bn of that is in Asia and around $13bn in Africa.

Meanwhile in the UK, deals such as the Tata Group’s acquisition of Tetley Tea or Jaguar Land Rover involved long established and much-loved brands. Recent research by Grant Thornton UK LLP, in collaboration with the High Commission of India in the UK and the Federation of Indian Chambers of Commerce & Industry found that 654 Indian diaspora-owned companies in the UK have a turnover of at least £100,000 and contribute to the UK economy with combined revenues of £36.84 billion. The largest employer is B&M Retail Ltd, employing almost 26,500 people, while food and beverage company Boparan Holdings provides close to 22,000 jobs across the UK. The opportunities for Indian business expansion and investment in the UK will undoubtedly grow over the next few years as the UK seeks closer commercial ties with India, leading to a free trade deal.

Most recently the British Chancellor, Rishi Sunak, announced a Global Talent Network which will be launched in 2022 in three regions, one of which will be Bangalore. The network will work with businesses and research institutions to find and bring talented people to the UK to work in science and technology. Indeed, nowhere is the successful export of Indian business better illustrated than in the UK tech sector. A recent report found that Route Mobile UK, the British subsidiary of an Indian firm, achieved 202% growth, while Dhoot Transmission (UK) Ltd achieved 186% and Incessant Technologies grew by 81%. Meanwhile newcomers to the UK from India, Evolutionary Systems Co Ltd, grew by 142% and Rategain Technologies Ltd grew by 105%. During 2020, despite continued uncertainty over the outcome of the UK’s exit from the European Union (EU), Indian investors continued to invest in the UK and were involved in 10 acquisitions including four in the technology and telecoms industry.

The forecast is that the tech and telecoms sector will remain fertile ground for Indian businesses and the UK’s new visa and immigration rules make it easier for senior workers from Indian businesses to come to the UK to establish satellite offices and subsidiaries. The UK Sole Representative Visa is the perfect vehicle for business owners based in India who are interested in launching into new markets and taking advantage of the favourable climate for tech SMEs in the UK. It can also open the gateway to full British citizenship.

To apply as a sole representative, an applicant must be recruited and employed outside the UK by an active and trading business whose headquarters and principal place of business are, and will remain, outside the UK. Successful applicants must have the skills, experience and knowledge to do the role and hold a senior position within the business without owning or controlling the majority of it. They must be able to demonstrate that they have full authority to make decisions on the parent business’s behalf.

Meanwhile, two new visa types will be introduced in 2022. The High Potential Individual visa is available for graduates from top global universities who will be permitted to come to the UK without a job offer and work without restriction with potential to settle in the UK if certain requirements are met. The Scale Up visa is for talented individuals with a job offer from a qualifying business.

There has been a marked increase in inquiries from Indian citizens who want visas to work in the UK and this is all driven by relaxations in UK immigration rules. Certain measures have been put in place to encourage more skilled workers and investment in the UK. For example, the resident labour market test has been abolished, there has a been a reduction in the skills threshold applied to visa applicants and the two-year post-study visa that allows foreign students to stay in the UK after their studies conclude has been reinstated

While the COVID-19 pandemic diverted attention from the UK’s ambition to negotiate a trade deal with India, a deal remains a priority for the UK government. Reflecting this, Mumbai was among 18 cities targeted by a recent British PR trade campaign. A UK-India free trade deal will take time to negotiate but in the meantime UK government officials continue to woo their Indian counterparts and have established several smaller trade partnerships in the past year, such as the “transformational” Comprehensive Strategic Partnership, announced in  May 2021, with the signing of a UK-India Enhanced Trade Partnership (ETP) and commitments to double trade by 2030 and to start Free Trade Agreement (FTA) negotiations by the end of 2021.

For Indian businesses hoping to expand, the future is full of opportunities.

Are Videos the Future for Communication
Always Evolving: Is AI taking over customer engagement?
Three technologies that will continue to innovate the EdTech sector
Trends in Trade Finance Regulation
TrackEx Enables Seamless Corporate Travel and Hybrid Work Culture
Role of Tech in Health and Digital Therapeutics for Chronic Disease
CONTACT US