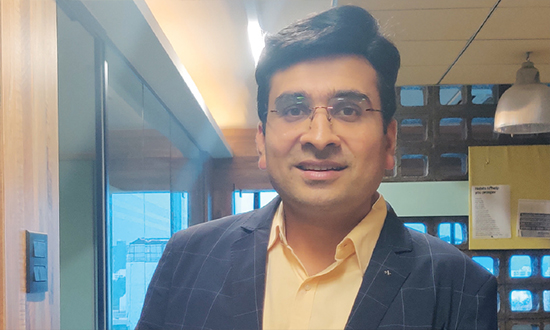 Vinit Dungarwal is the Director, AMs Project Consultants. An innovative and performance-oriented leader with more than 15 years of experience, Vinit is the driving force behind the brand’s growth & success and offers deep insights and proficiency in handling large-scale, multi-business operations. Vinit believes in building an organization at AMs with a collaborative and entrepreneurial approach to business and the workplace. Within a few years, he managed to scale the team size to 100+ by identifying gaps and filling them with the right talent. He is passionate about networking and mentoring entrepreneurs who are keen and zealous about scaling their businesses to the next level.

The sheer quantity of data centres and their associated properties in India are on the rise. There is a demand for new locations to accommodate the next wave of data centres. Reports suggest that the demand for real estate to accommodate data centres is expected to grow by 15 million sq ft over the next 4 to 5 years. This demand will partly be driven by the adoption of 5G, AI, IoT (internet of things), and the increasing adoption of cloud services for secure storage of personal and business information and data.

While COVID-19 affected many industries, it has not slowed down the growth of data centres. Demand for data centres, in fact, has increased due to the pandemic and the sharp increase in people working from home. It has, overall, been one of the industries least affected by the pandemic.

An April 2020 report by DoT (Department of Telecommunications) India state that there has been a 13% increase in internet consumption since the first lockdown was announced. The internet usage, especially from home offices, has increased since then and shows no signs of slowing down.

A current hub is Navi Mumbai, and lots of money is being poured into developing data centres here. The city is home to India’s first data centre park, giving it a strong first mover advantage.

The proliferation of data centres provides a financial boost, and not just to the local economy. Due to these data centres, there are many jobs being created in this area as well, hence boosting the residential and commercial real estate segment in Navi Mumbai. In a short span of time, Navi Mumbai has become a major hotspot in India and seems likely to continue its meteoric growth.

Many companies are investing large amounts in this space. A digital infrastructure company (Equinix) recently completed a $161 million transaction for a campus housing two fibre-connected data centre. This is a network-dense campus with more than 350 companies, both local and international. This is just one of many campuses in Navi Mumbai, and they are scaling up at a swift rate, with billions of dollars already invested, and billions more slated within the next five years. Within the next year itself, at least four major data centre parks and campuses are expected to set up and become operational in the country.

The next phase of growth

Navi Mumbai is thus by far the most attractive option at present, but there is a limited amount of land available, and it will soon only be available at a premium. Already costs are starting to rise, and hence companies are starting to look at other locations as well. A few tier 2 cities are hence in the running to become the next hub for data centres. There are often shortlisted on the basis of a variety of factors. Currently, cities like Pune, Kolkata, Nagpur, Ranchi, Coimbatore, and Jaipur are in the running, amongst others.

India has 123 data centres up and running already and a large part of this has come into existence after India’s data protection laws were set up. The numbers are set to increase, and the proliferation of data centre campuses will catalyze the growth of the real estate industry as well.

The Benefits of Artificial Intelligence for your Business
What’s Your Value in 2023?
Transforming the Executive Search Industry & Making an Impact
Bring the Zing – 5 Keys to Powerful Presentations, Briefings, and Meetings
Covid Crisis for Hotels – How to plan forward
Fintech Firms Connecting with Consumers in a Unique Way
CONTACT US