Home /EXPERTS' OPINION/Influencer Marketing: Trends to Watch out for in 2021

Influencer Marketing: Trends to Watch out for in 2021 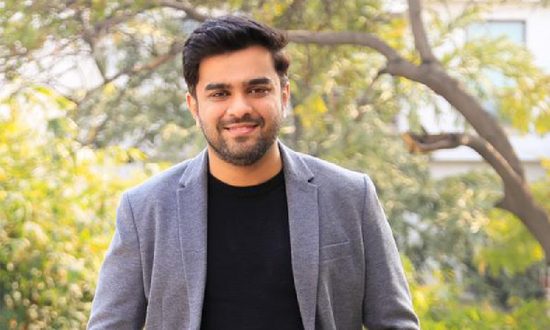 Shubham Singhal, Co-Founder & CEO of The Girlfriend Box, is an innovator 365 days of the year. He is believed to be able to sell sand to the Arabs and water to a drowning man with his par excellent skills in digital strategy & sales. With a rich background in business development & digital marketing, Dot Media came to life in 2017 as Shubham’s first independent venture.

Having spent close to a decade in the digital space, I have witnessed not just a potential growth in the very industry but have also been in interactions with active social media users who have led me to believe that Influencers have a powerful connection with their audience.

Certain aspects of Marketing are gradually losing touch due to a non-direct connection with their target audience. Since the very idea of Influencers has been driven through content viewership, the connection made between Influencer Activity and Brand persuasion has become even more solid.

In this space, Social Media Consumers don’t really go out looking for a brand or a product, rather they engage with content that they like. These content pieces are purely driven through either entertainment or social information. Integrating a Brand’s message in these content pieces is subtly allowing the viewers to develop a choice that they didn’t incur before actually watching what they like.

Influencers have taken a new route that lets them figure out varied categories in the market like fashion, styling, food, entertainment or even skilled work like photography, aesthetic abilities, videography etc.

I have seen people explore a different side of themselves on Social Media. People have found as well as created a new direction that allowed an enhanced version of transparency in their outlooks. They have become the new sources of material, social information, idles and entertainment icons to millions scrolling down a virtual feed.

Back in the day, brands that recognised the potential of this space way before their competitors became pioneers and that reflected in conversions. This change and high acknowledgement by target audience attracted Brands across industries to scratch their own heads in terms of Online Creativity.

I found it really amusing when in my early career days the digital space was looked down upon when traditional, big names were approached for the same. Normally, new techniques are highlighted more when big brands step into a new space. However, in this case small brands with limited marketing budgets had become all the more interested in trying out their hand at “Low Cost Influencer Activity”. Young people were running these brands and naturally they looked at this concept as social media consumers themselves. This brought them to an extensive realisation of the number of impressions and the kind of reach they can be gaining through Influencer Activity. It was then the young minds who believed in the very idea and gave a boost to the talent seen that got converted into a full blown business.

2020 can be really called the evolution of a Crazy Trending Year on Social Media. It reformed the way trends were seen and how they became viral. From the very famous question, “Rasode mein Kaun tha” to making “Pawri Horai Hai” the new entertainment piece of the year- 2020 saw it all. We saw Brands creating their own takes on these existing trends. Influencers tapped on Trending Content and drove eyes to their abilities.

2021 is not going to be any less since I believe that trends have just started. Viewers enjoying content at that very moment is a new game for Brands and that game, for me it’s just called “timing”. Tapping on to an existing trend and creating branded content on the same requires the very moment where your users are highly engrossed into it. Even for our exclusive talent for instance Ronit Ashra, Aanchal Agarwal, Prasad Vidhate – all of these amazing people are eventually content creators who need us to be their eyes and ears so we don’t miss out on any topical spots! If there is one thing I am certain of, it’s that influencers are the new celebrities, I wouldn’t be surprised if in this year itself, many of them become the stars of OTT, in fact, that would really be great for us as a society – we could see stars as just people, the hero complex would die an instant death, paparazzi would become “cringeworthy”, what a time to be alive!

Technologies for Cardiovascular Disease: A 2023 Appraisal
Seeing Strategically
10 Recommendations On How To Negotiate Outsourcing IT Contracts
Shopping in the Age of ChatGPT: How the New AI Rage is Revolutionizing Retail Experiences and Consumer Goods Manufacturing
Can Online Furniture Retailers Become the Unicorns of New Age India?
Gender Balance will Improve Organizations’ Standing in the Market
CONTACT US