Is Hybrid Mobile Application the Future? 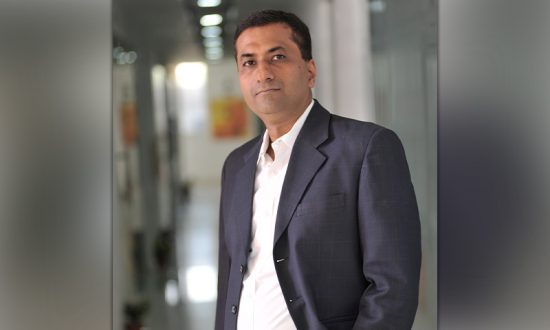 In the current time of uncertainty and fast progressing world on technology, it is getting very difficult for the organizations to decide on some aspects like which technology to be adopted, which type of apps need to be built both for web and mobile and many such questions make them more confused.
But in all these uncertainties, there is one thing that is coming out to be very common. Most of the users are looking ahead to do most of the browsing and businesses on their mobiles. As of today, there are more than 3.5 billion smartphone users worldwide and the number is increasing at a very fast pace. 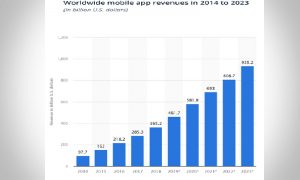 The above chart clearly shows the exponential growth in the revenues of the mobile apps. With just $365 billion of revenues in 2018, now the market is expected to reach about three times of the revenues within 5 years by 2023
The market trend also says that the revenues will grow primarily around hybrid app development.The users want the apps to be there in the market quickly and the competition in the market pushes the players to start developing the Hybrid apps instead of native or web apps for mobiles. Instagram for example is working as an hybrid app and is one of the most popular app in social media. Let’s find out the type of mobile apps tha can be built:
Mobile Web Apps
Native Apps
Hybrid Apps

Conclusion: In banking and finance domains, the businesses need web accesses to get the real time data. Now with the advent of hybrid apps, these companies can get the benefit of web in low network areas and in parallel can have some processes moved to offline mode.
Even in businesses like music streaming, a user can play a stream instantly on an hybrid app.
If a user is thinking to build an app in domains like transportation, music streaming, and may be in some cases of financial/banking domain, a hybrid app is a better option. Hybrid apps are going to become the future now and lot of technological advancements are happening in these technologies. And a start up with less budget and a small scale business model, can look into a hybrid app to launch their businesses quickly on various platforms like Android and/or iOS rather building the separate apps for Android and/or iOS.

Technologies for Cardiovascular Disease: A 2023 Appraisal
Seeing Strategically
10 Recommendations On How To Negotiate Outsourcing IT Contracts
Shopping in the Age of ChatGPT: How the New AI Rage is Revolutionizing Retail Experiences and Consumer Goods Manufacturing
Top 5 Tips for Building an Innovative Culture
Branded Fruits: Beyond the Logo
CONTACT US