Is India 5G ready or 5G a Privilege in India? 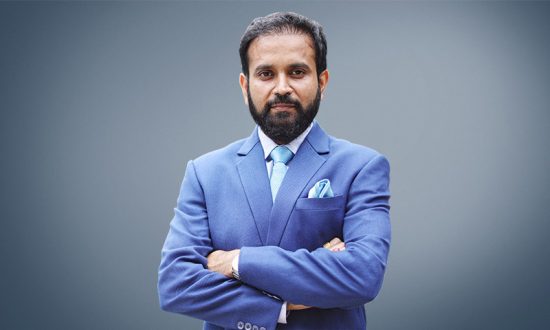 As a first-generation entrepreneur, Piyush Somani started ESDS in 2005 and has served various roles at the company. With over 15 years of expertise in the data centre & cloud solution industry, Piyush is recognized in the IT industry for his exceptional ability to build and grow business and long-term relationships.

Due to the severe social norms being taken to prevent the spread of the virus, there has been an uprising in the digital medium, and we observe a major revolution from traditional platforms to digital. Observing this change, we also should realize that a major part of the country is still unexposed to this digital world, still disconnected and unable to move on to digital distribution channels. With the advent of the transformation of the digital world with 5G, it becomes all the more appropriate to think about the future of Digital India.

High-band: The FCC has made auctioning high-band spectrum a priority. The FCC concluded its first 5G spectrum auctions in the 28 GHz band; the 24 GHz band; and the upper 37 GHz, 39 GHz, and 47 GHz bands. With these auctions, the FCC is releasing almost 5 gigahertz of 5G spectrum into the market—more than all other flexible use bands combined.

Mid-band: mid-band spectrum has become a target for 5G build-out, given its balanced coverage and capacity characteristics. With our work on the 2.5 GHz, 3.5 GHz, and 3.7-4.2 GHz bands, we will make more than 600 megahertz available for 5G deployments.

Low-band: The FCC is acting to improve the use of low-band spectrum (useful for wider coverage) for 5G services, with targeted changes to the 600 MHz, 800 MHz, and 900 MHz bands.

There is still no official fixation on the band allocation for 5G as it is still uncharted waters in India.

“The first demur in India is the coverage. The 4G spectrum auction saw large blocks of unsold spectrum. This is identified due to the dearth of buyer interest due to high reserved price, particularly the 700 MHz band, which travels much longer distances, requires fewer towers as compared to the higher frequency bands, and is crucial to bridge the digital divide. In addition to that, its coverage is much higher than the coverage of 0.95 km² in dense urban areas. India is about 66 % rural population where speeds like 700 MHz spectrum is imperative. With the telecom sector getting intensely stressed on the financial allocations, one can only assume whether there would be many bidders for 5G spectrum.”

What is Network latency one may ask, it is the time required for a group of data to travel between two points. 5G technology is entirely different from previous time spans of cellular technology because of how concise that amount of time will be. Network latency is induced by a display of factors, which largely include the speed of the network as well as the available bandwidth and the size of the transmitted data. Predominantly speaking latency of 5G is quicker than the blink of an eye.

The 5G network is being constructed in a manner that it moves away from the hierarchical structure that 4G network generally uses. 5G has the potential and ability to create an enhanced agile, dynamic and decentralized network to yield a new digital environment from which businesses can benefit from.

A core aspect of the 5G network is it that, it gives a robust structure to the transition from a hardware-based network to the software. By virtualizing the RAN (Radio Access Network) and using the flexible nature of NFV (Network Function Virtualization) and its complementary technology SDN (Software-Defined Network) for management protocols, distancing the network services from its hardware legacy, 5G can move much of the data and processing to the cliff of the network where low latency communications and delivery become viable.

There are not more than 20 mobile devices in the world which support 5G networks and to implement it in a country like India will take time and a lot of consideration where we still are struggling to digitalize the rural sector. Those residing in the urban cities would be able to easily benefit from the 5G rollout and the opportunities it would open up, both in terms of new businesses and jobs, a majority would still be left far behind. Unless centralized policy interventions dwindle the time taken to scale up the 5G footprint, the divide in the digital sector will continue to broaden.

In the forthcoming future, we do have the hindsight of what to expect in terms of development in technology, OTT platforms, Video on demand are taking over like wildfires, thus increasing the demand for high-speed internets and Cloud data storage capabilities. Coupled with this, Edu-tech platforms, Cloud-based applications, Edge Computing, Virtual reality (VR) and augmented reality (AR), Virtual Events and Conferences are all increasingly demanding high-speed internet with low latency and high network bandwidth. The e-Governance and cybersecurity with reference to Smart City Projects, Industrial IoT Projects and other Infrastructure services too will see a huge increase in the demand for high-speed internet and cloud data services. The solution to this is cutting edge- localized data centres wedded to a robust 5G bandwidth to meet the needs of several emerging industries. With the amalgamation of Cloud and 5G spectrum, India will embark into a new era of digital transformation with a structured and regulated policy for Data localization, data privacy & national security at its helm. 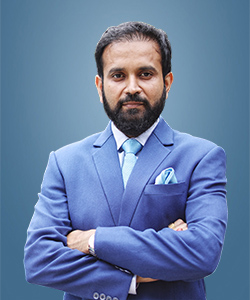 Piyush Somani has been instrumental in taking ESDS to new heights, and the company already has a robust set of 40,000 customer base, hosting over 3 million digital assets. He is also the chief architect of the patented products such as eNlight Cloud, eMagic Data Center Management Suit and VTMScan. It is with his vision and expertise that ESDS has transformed into a major Cloud service provider in India and has expanded in 16 countries.

Piyush holds an engineering degree from the ‘University of Pune’ in Electronics and is passionate about technology.

How a home buyer's journey is getting fully tech-enabled
Walking the Fine Line: How Logistics-powered Businesses Can Align Environment and Business Goals
What Aspects Should you Consider to Start a Business Today?
The Digital Revolution is Changing the Landscape of the Healthcare Sector
Zolostays: Giving you the feeling of ‘Home’ in a New City
How Partnerships with Affiliate Marketing Networks can Amplify Business Gains for the BFSI Sector
CONTACT US