Is Yoga or Meditation enough for a Healthier Mind? 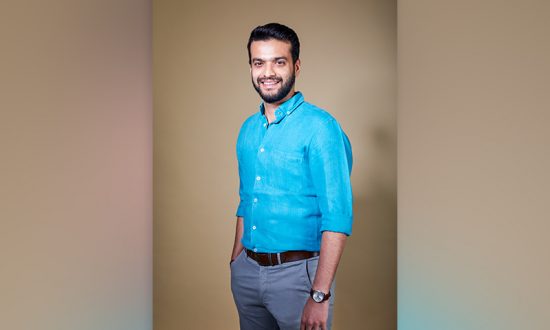 Yash Kotak, CMO is the mind behind the entire Communications-Chain of BOHECO. He has lead several educational campaigns back in the day and also is a strong believer of speaking the truth to his prime focus of educating potential consumers about Hemp. Yash is an ardent reader and is heavily invested in Sports, Travel, Social Work & Food. His vision for BOHECO is, for hemp & cannabis to reach a maximum number of households and also improve the standard and quality of living of patients who are suffering from chronic illnesses, whether physical or mental.

This day is celebrated across the globe on 10th Oct and it is celebrated to educate people and make them aware about the importance that one’s mental health holds and why they must keep that as a top priority at all times.

With this day around the corner, there is a lot of importance that is laid upon issues that are known to integrally affect one’s Mental Health such as Stress, Anxiety, Depression, Sleep Management, and Pain Relief. But how did all these problems rise over the past years?

It is so common to hear people say. “I’m under so much stress” or “I’m so stressed” as if there is no severity to this issue. This was the root of the problem.  Traditionally, such issues were not addressed at all, or even if they were, it wasn’t given much importance. In fact, mental exhaustion has been proved to exist since the beginning of mankind. It isn’t something that was developed in the past few years. In fact, stress traditionally went by many different names as well, such as Melancholia, Neurasthenia, Depression, Chronic Fatigue Syndrome, or Acedia. Stress was either considered as an issue one can deal with without anyone else’s help or it was labeled as a mental disorder. Some choose to deal with it either by human care or by instilling more discipline.

What one must realize is that how conditions like these need to be addressed by their roots and not alone their symptoms. If only stress was treated based on triggers and not its symptoms, people could have the ability to address this better compared to how it was being addressed all these years.

But today with the issue not being considered a taboo anymore there are a lot of remedies that one can use to assist themselves. People have learned to now accept it and are treating it in various ways. Some being, Chamomile Tea, Yoga, Meditation, Medical Cannabis, Lavender Oil, Exercising, Over-the-Counter medicines, and various others. This is also because the level of stress experienced before was way less than the level of stress people are experiencing today.

Although over the years people have understood how important it is, especially in the circumstance of this modern fast-paced life that everybody is living in today. One of the many remedies that have shown a huge difference in people’s mood, pain, and stress levels, is Medical Cannabis or Cannabinoids. This one product shows the capability to deliver goodness to Mental and Physical Health that is beyond one’s perception. It targets the root of the cause and not just the symptoms.

In India, the concept of CBD Oil is fairly new and still evolving. Whilst many have accepted it, some still are living under a giant rock of misinformation. For those under the rock, let us emphasize the benefits that CBD is capable of offering. CBD Oil has been known to treat PTSD, Sleep Management, Pain Relief, and Stress Management. It is also known to relieve one from Anxiety, Depression, Neurological Disorders, Cancer, Obesity, Anorexia, Bipolar Disorder, Parkinson’s Disease, and many more. A product as such that can treat so many issues has been unnoticed for years now. The prime reason being the lack of knowledge and information. If looked at statistically, CBD Oil has proved to show a difference of around 55% to 65% when it comes to Pain Management. And its success over other diseases is what makes it popular across the globe.

When we speak about Mental Health, what we miss out on is the importance of sleep. Today in a fast-paced world like ours, Sleep holds more importance than it ever did. Lack of sleep has been proved to instigate medical issues such as Alzheimer’s, Chronic Pain, Cancer Stroke, Weight Gain, Schizophrenia, Mood Swings and can result in one’s lack of productivity levels.

Sleep is an essential component of good health. Its importance is widely misunderstood by many. Today it has become one of the most common issues faced by many. This is today treated in many different ways, be it meditation, yoga, medications, or medical cannabis (which has turned out to be the most natural and effective measures when compared to the rest, to date.)

CBD Oil or medical cannabis is known to calm one’s mind down by relieving one’s stress from their nerves, resulting in good quality sleep. Studies have proved its effectiveness over the past years and it has also been supported by many consumer testimonials over the years. What lack of sleep can also trigger is Anxiety.

Research proves that Anxiety, especially Social Anxiety Disorder can end up making one feel lonely and insecure, which can be a huge trigger affecting one’s mental health. The reason why CBD Oil has been emphasized more here is that this natural oil has been proven to benefit by relieving one form of Anxiety & Stress in the long run.

The need for organic products is widely spreading across the globe. People have not only understood its importance but also its effectiveness. Such medicines, be it herbal, Ayurveda or cannabinoid when compared to over-the-counter medicines show lesser side effects. These target the root of the cause and treat it over time.

CBD and other oils have been practiced as a natural form of treatment based on Ayurveda inputs for thousands of years now. The oil possesses antidepressant properties and works as an efficient calmative enabling the state of Peace and Happiness.

Today people count it as something illegal but what a lot of people refused to understand is how different CBD oil is.

CBD oil is extracted from the leaves and seeds of the Cannabis plant. The NDPS Act only applies to the fruiting top of the plant and not the leaves and stem.  One can use CBD oil without the fear of it being illegal. In India, CBD oil is manufactured under a license issued by the Drugs and Cosmetics Act, 1940.

Recent incidents in India have further sadly stigmatized the usage of CBD. However, with proper information and knowledge, these can be one’s most reliable and safest choice when chosen instead of over-the-counter medications.

Technologies for Cardiovascular Disease: A 2023 Appraisal
Seeing Strategically
10 Recommendations On How To Negotiate Outsourcing IT Contracts
Shopping in the Age of ChatGPT: How the New AI Rage is Revolutionizing Retail Experiences and Consumer Goods Manufacturing
Importance of Mental Health
The Back Pain Pandemic – Rising up to the Challenge
CONTACT US