Key Digitisation Trends Within the Agriculture Ecosystem to Expect in 2022 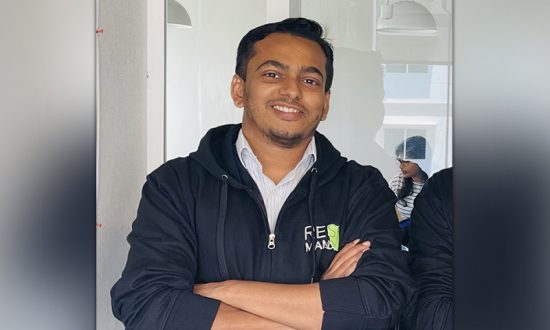 Utkarsh, an IIT Delhi graduate of 2009, has co-created HandyTrain (120K users), co-founded: Clusto (20K in the waitlist, 3K actives), GuitarStreet (5K customers), and EduLabs (200 clients). He has deep expertise in Product Management, Scalable Tech Deployment, Artificial Intelligence, eCommerce, Marketplace, and EdTech. He was in the process of building software targeted at the Silicon Valley tech market when he was approached with the idea of ReshaMandi by his old friend, Mayank. He is currently utilizing his 11 years of exceptional and varied experience to bring impactful technology to silk farmers in India with ReshaMandi

In the last few years, we have seen technology aiding a lot of sectors in India as well as abroad. Agriculture is not an outlier to this trend, as technology has multiple applications that can make things easier for the ecosystem in a lot of ways. Digitisation in agriculture has the potential to increase profitability for all stakeholders and we may witness the following trends in 2022:

Financing will be available to farmers based on alternative data sets

Access to finance for smallholder farmers empowers them to increase their wealth and production. In sectors such as agriculture, which still remain largely unorganized, we see farmers and other related professions often struggle to get credit or financing. A few have to rely on unregulated sources that may eventually turn out to be exploitative for them, while some others are completely unable to get credit. The scenario though bleak at the moment is changing as farmers are getting more educated on the options available to them and there is also a rise in legitimate alternative finance options.

Today, numerous fintech startups are trying to bridge the financial services gap in rural India. Some Agri-tech start-ups specialize in this area, either by offering credit to farmers directly or by facilitating loans from other valid sources. An additional difficulty while securing credit is farmers being required to produce their ‘pattadar passbooks’ or the title deeds of their land for transactions as well as securing loans from credit agencies. Now, things have become more convenient as electronic and Mandi passbooks have become available to them and can be used for the purposes mentioned above. Some states in India such as Telangana have made it even easier by making it possible for banks and other financing agencies to sanction funds based on these electronically maintained central records. We will continue to see the drastic rise in developments, investments and agriculture-related infrastructure that require long-term funding while boosting farmer’s livelihoods.

Investment in the sector

The pandemic saw a few sectors declining due to various reasons such as lack of investment, consumers no longer being interested in the product, etc. But despite the pandemic, Agri-tech or rather agriculture was a sector that continued to thrive. We have seen an increase in the number of Agri-tech startups, and the pre-existing ones have also secured sizable funding. Agritech startups in India received around $1 billion between 2017 and 2020 and this number is only expected to rise, according to some industry reports.

With this increase in funding, we are also seeing these companies invest in the latest machinery, equipment, technologies, and also in skill-development for farmers. With our global need for food expected to double by the year 2050, the issue of viable crop production can no longer be on the back-burner. In addition to the increasing demand for food, the unpredictability brought about by climate change, which is a source of uncertainty in agriculture, will also be a challenge that will have to be tackled. IoT and Satellite Imaging have a plethora of applications in agriculture such as giving farmers a better idea of soil quality and seed health, suitability of a particular crop to the land can be gauged accurately, analyzing if the weather conditions are suitable in advance, etc. Satellites are also used to map out fields in detail. Increasing investment in this sector will see this technology becoming available to a lot more farmers than before.

India has seen an exponential rise in the number of Agri-tech or pure Agriculture start-ups in the recent years. With agriculture still being the main source of income for more than half of India’s population, this is a welcome development. Different start-ups and even the government and larger corporations have tried to change the agriculture space in different ways through the use of technology. One such handy and convenient technology is the use of various apps. Companies have come up with apps for quite a few things such as market linkages through apps, satellite data connected to apps to let farmers know of different parameters of growing on their land, etc. With the availability of cheaper phones that can support these apps, almost every farmer will have this option available to them.

In addition to the extensive task of actually farming and growing viable crops, farmers had to take on additional difficult jobs such as finding appropriate vendors who would give them a fair price, etc. which made things all the more difficult for them. The apps available today are very easy to use as they have been developed keeping their target audience in mind and companies have even taken the onus of conducting workshops that demonstrate the use of these apps to the farmers. In the years to come, we may see more farmers adopting the use of these apps for better information and convenience.

Eliminating the middlemen has been the backbone of many profitable businesses. There are various issues related to middlemen and when it comes to farming, the biggest concern being less pay for procurement of crops on the pretext of poor quality. Government procurement rates also often happen to be low. Farmers had no way of fighting back against this as they were largely unaware of options or they had to sell at a lower price fearing deterioration of the crops.

Digitisation has paved the way for farmers to get better linkages even from the comfort of their own homes. Mobile applications available today as well as data available online through government sources help in educating the farmers on these issues. In a few places in India, farmers have directly started selling to consumers and the day that ‘farmers’ markets’ become as popular in India as abroad is not far away.

With the increasing demand for food and other agricultural products putting more pressure on the stakeholders; technology has become more relevant to the Agriculture sector than ever before because of its ‘Smart Farming’ applications among others. It will be interesting to see how growth pans out for the sector over the next few years.

Make Business Sustainability Your Competitive Advantage!
How to Create Impressive Pitch Decks to Catch Investor’s Eyeballs
Investing in Good L&D is the Key Secret Ingredient for A Successful and Efficient Team
Challenges in Implementing and Streamlining the Irregular Education Counselling Systems
Bob Biswas movie produced by Red Chillies Entertainment associates with Clear Pani to highlight the importance of clear choices in life in a new campaign
Bikano Launches Mexican Crunch and Fun Sticks in the Western Snacks Category; Expects more Development in the Category by Targeting Kids & Youth
CONTACT US