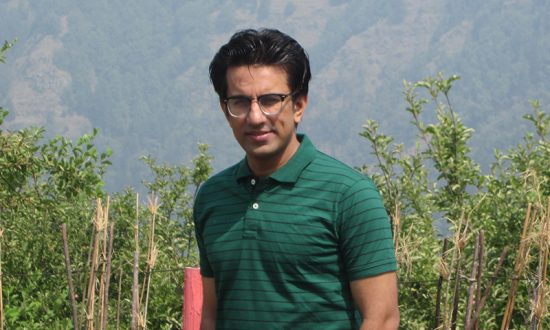 Shailendra Singh is the CEO, and co-founder of Hypertest, a quality assurance tool that helps businesses ship software faster and with better quality. He is an experienced professional working with the entrepreneurial ecosystem in India in diverse roles. He and his co-founder Karan Raina founder Hypertest in 2019. He is currently working with 30+ product teams in India from Nykaa, Moglix, Housing.com, Ixigo, Groww, 1mg, Airmeet, and others. Making dev/QA teams detect and fix issues in your apps in less than 30 minutes.

It is raining IPOs for Startup India. These new, more confident members of the ‘big boys’ club, are now learning the game that the big players play where long-term strategy and pain trump short-term tactics and gains.

The brightest things we hear about these new IPO stars is how they are killing growth, bumping every success metric, clocking double to triple-digit growth making it seem that this gravy train is never going to stop. But the story behind the scenes only shows that even if they have outcompeted others in winning customer trust, eyeballs and a fair share of their wallets, it is a constant battle to engage and retain these customers. Though it costs 10times the money to acquire a new customer than retain one, if the competition is determined to outbid you (Amazon has used low prices as a successful customer acquisition strategy for 25 years) and is smart enough to retain them, this gravy train can hit brakes shifting focus from growth to survival.

The problem of customer retention is a simple one to fix and telltale signs are not hard to look for. The truth is, 9 out of 10 users leave to never come back when they find errors in any applications that remain unresolved for far too long. Avoiding quality issues is the easiest way to retain customers. In a digital-first world, where applications are the only way to talk to and serve customers, and the closest competitors offer completely indistinguishable services, the one and only incentive to keep using one app over others is a simple, easy-to understand, and non-breaking customer experience.

So what breaks the customer experience? A large growing application with many users is like a racing car with many moving parts (user-flows) and every part needs to be checked for failure to ensure a bug-free experience for the user. Developers are slogging day in day out building new features and functions for the user, to keep pace with the competition. The unavoidable side-effects of this speed are bugs or breakages that developers and QA engineers fail to catch in time. As a result, actual users are exposed to these. Recent studies reveal that close to two-thirds of all such affected users choose to not complain, and silently leave if the problem remains unresolved for too long. The remaining one-third that complain do so publicly, creating a reverse ‘network effect’, where leaving users disincentivize new users from joining. This multiplier effect means every leaving user causes a revenue loss for 3.7 users in total, affecting both the bottom line and reputation.

Is there a way out? Yes, Invest in making testing and QA irreplaceable processes in the software development life cycle. Once done, ensure that it works i.e. keeps the application consistently clean and stable. This is easier said than done. The hardest part about testing any application is figuring out the exact user action that might cause a failure and testing all such user-flows repeatedly, every time during the development cycle. The principal protector in this equation i.e. the QA engineer is trying to out-think the principal destroyer i.e the dev who is unintentionally breaking the application across these numerous user-flows.

This is a game that the QA engineers always lose because every quality assurance tool out there only lets them do passive testing i.e see a major problem occur in the application and fix it (by writing tests) for future damage. They are forced to spend hours writing protection tests for the code that the devs break irrespective, never sure if they are effective, seldom catching any problems.

The way out is to monitor every user interaction to automatically build and maintain end-to-end tests that update themselves with new features without asking teams to write a single line of code. It is the surest way to test everything that users can do, catching every product issue before it reaches them so that teams never worry about tests or coverage ever. This approach is zero effort; active, not reactive and can be used to test the new dev code at the time of development. Popularly called ‘shift-left, it ends up not only catching more issues but also gives devs enough time to fix and move on.

Technologies for Cardiovascular Disease: A 2023 Appraisal
Seeing Strategically
10 Recommendations On How To Negotiate Outsourcing IT Contracts
Shopping in the Age of ChatGPT: How the New AI Rage is Revolutionizing Retail Experiences and Consumer Goods Manufacturing
An Art Brand- A Legacy with Great Responsibility
Reinforcing better Regulatory Framework for FinTech is the Need of the Hour
CONTACT US