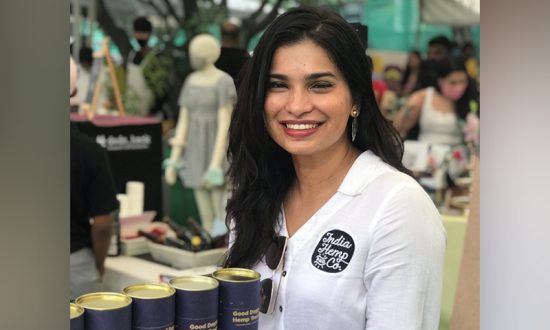 Jayanti Bhattacharya has a master’s degree in Advertising and Marketing from the University of Leeds, UK. She co-founded the company in 2019 with her sister Shalini Bhattacharya, who lives in Barcelona. Jayanti is an entrepreneur, mother, and footballer.

In 1985, Hemp was the basis of India’s ayurvedic industry and was often referred to as the penicillin of the ayurvedic world. India refused to sign a UN convention in 1961, despite American pressure, that classified it as a synthetic drug. Eventually, it was legalized in 27 states in the US for medicinal purposes and in 11 states for recreational purposes. It’s impact on Indian laws was however unchanged.

India’s law on cannabis and cannabis products is defined by the Narcotics Drugs and Psychotropic Substances Act (NDPS), 1985. The Act explicitly prohibits the sale and production of cannabis flowers, whereas seeds and leaves are allowed. Apart from the NDPS Act, states have the power to draft their own laws on cannabis. Section 10 of the NDPS Act allows states to permit and regulate “the cultivation of any cannabis plant, production, manufacture, possession, transport, import inter-State, export inter-State, sale, purchase consumption or use of cannabis (excluding charas)”. For example, Uttarakhand became the first state in India to allow commercial cultivation of hemp in 2018.

GlobalData claims that the Indian market for hemp-based food and beverages is set to take off now that Hemp cultivation has been legalized in several Indian states and food safety authorities are developing regulations for hemp products.

In India, however, the hemp community is trying to generate consumer awareness about hemp by positioning it as a ‘superfood’ because hemp is packed with amino acids, fatty acids, vitamins, and minerals that are essential for good health.

The Uttarakhand government has become the first in India to grant a hemp cultivation license. It is legal to grow hemp if it has a THC content of less than 0.3%. Other states that have legalised Hemp is Uttar Pradesh, Himachal Pradesh and Madhya Pradesh. Even though only a few states have regulated hemp cultivation laws, this is a good start.

Permissions and certifications – between cultivation to consumption

As part of the Narcotics and Psychotropic Substances Act, 1985, Hemp is allowed to be cultivated for horticultural and industrial purposes. However, under Section 10 of the Act, it is the state government that determines the boundaries within which licenses for its cultivation may be granted.

Within the food industry, the FSSCAI license is widely recognized across the country and allows food brands to freely operate in the sector.

The future of Hemp and the growth of this booming sector

There is natural, wild-grown cannabis in 60 per cent of all districts in the country. Hemp is also deeply ingrained in India’s history and culture. For a country that has been experiencing water crisis and distressed farmers, Hemp can be a game-changer.  India may be leading the way when it comes to hemp’s growth because our climate is conducive to its expansion.

Any industry’s ability to commercialize depends on both the government regulations and the people who are involved. With the growing acceptance and awareness of hemp products in recent times, the hemp industry in India has grown from a developing one to a transformative one. FSSAI’s entry of hemp seeds will lead to increased interest, adding to the growth of the Indian hemp industry. According to industry forecasts, Hemp will achieve groundbreaking potential in the next five years.

Technologies for Cardiovascular Disease: A 2023 Appraisal
Seeing Strategically
10 Recommendations On How To Negotiate Outsourcing IT Contracts
Shopping in the Age of ChatGPT: How the New AI Rage is Revolutionizing Retail Experiences and Consumer Goods Manufacturing
Does Empathy Need to Make a Major Comeback
Bridging the Gender Gap
CONTACT US