Home /EXPERTS' OPINION/Lessons for Engineers: Blockchain is Booming, It is High Time to Add it to Your Skill-Set

Lessons for Engineers: Blockchain is Booming, It is High Time to Add it to Your Skill-Set 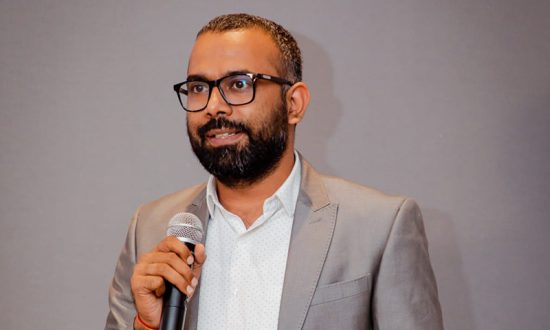 Pardeep Narwal, a blockchain technology expert and founder of New Edge Soft Sol Private Limited, an Infrastructure as a Service (IaaS),  company based in Rohtak, Haryana. He has worked on multiple government projects, universities, and has partnered with several tech firms to provide and improve the education system in India. In October of 2020, he decided to start a new business of crypto mining. This was the time when all the industries were going through a slump but crypto was a booming sector. He is the proud owner of 300-GPUs based crypto mining rigs that run together to mine cryptos around the clock.

Blockchain technology is creating new hype worldwide. In the fast-paced world, it is providing solutions to several problems related to financial and privacy services. However, blockchain is not restricted to only the banking sector. Coupled with the driving force of Artificial Intelligence, Machine learning and the power of AR/VR glasses, it will impact every industry that we see today—including the likes of Manufacturing, Retail, Automobile Agriculture, and the financial industry as well.

But, for any industry to thrive it requires engineers with the right amount of exposure and talent to innovate new products—and what better than India, which produces more than 15 lakh engineers every year. That being said, while AI and ML are the prominent subjects taught in engineering colleges, blockchain is something that still isn’t able to enter the mainstream syllabus yet. This is the primary reason India lacks blockchain developers despite being the country with the most engineers.

According to a Deloitte survey, over 73 per cent of executives and practitioners around the world agree with the statement, “My organisation will lose an opportunity for competitive advantage if we don’t adopt blockchain and digital assets.”

It should be noted that you don’t have to give up on your current career to explore the possibilities of blockchain technology. In fact, all you have to do is learn blockchain and add it to your existing skill set.

Artificial Intelligence is the technology that makes machines mimic human intelligence and enables them to perform tasks without any human intervention. However, it comes with a set of challenges that can only be addressed via blockchain.

All information in the blockchain is secured and protected through encryption. All the data that is being stored such as your sensitive information like personal and medical records are safely secured in a distributed ledger. Why is this important? Because AI requires continuous data and in high volumes. But, live data flow could expose sensitive information and this is where blockchain comes to the rescue.

We have to understand that no matter how great AI is, if people don’t trust its reliability, they won’t accept it and with the possibility of recording the decision-making process through blockchain, AI can gain public trust much sooner. Ultimately, by using the blockchain for artificial intelligence, we can make the way computers think more transparent.

For context, a blockchain-distributed ledger stores every piece of information in a record that cannot be edited or modified, making it immutable.

AI programmes can automate low-value tasks, allowing engineers to focus on higher-value tasks. Now since big data fuels artificial intelligence and blockchain generates big data, individually and collectively the future of AI is tied to the future of blockchain. It is high time for engineers to learn how blockchain coupled with AI can make all the difference in their careers.

An important field to look forward to is also how augmentative realities like AR/VR are entering the world of blockchain. Engineers should prepare to adapt to the latest tools at their disposal and learn how to collaborate with robots and machines that advise them. Engineers must optimise the work that must be done for human-robot interactions to be as effective as possible.

A blockchain engineer possesses skills like development, operations, designing, analysing, implementing, and supporting a distributed blockchain network. To work as a blockchain developer, a bachelor’s degree in computer science, information systems, or engineering in any technical field could give you an edge. Also, experience in single sign-on (SSO) security and a strong background in distributed database systems can be a plus point in getting a job in the blockchain industry.

Most of the companies that look for Blockchain Engineers have certain criteria which include: proficiency in programming languages like C++, Java, JavaScript, C#, experience in working with codebases, knowledge of data structures, a basic understanding of Cryptography, and familiarity with peer-to-peer networks. Some examples of careers in blockchain are blockchain developers, designers, engineers, consultants and project managers.

Why Should You Learn?

For a simple reason that it is a booming sector, with ample opportunities waiting for you in the market. If you can get the skills right to work in the blockchain domain, you will be able to enjoy a handsome salary.

Some other perks include the option of working remotely permanently offering more flexibility in the workplace. Notably, as a Blockchain engineer, you will be expertise in New Technology something which very few people are working on.

At the end of the day, getting a job is all about your skill set and the demand for a particular role. Currently, Blockchain is something that engineers cannot ignore, sooner or later they will have to accept it.

Technologies for Cardiovascular Disease: A 2023 Appraisal
Seeing Strategically
10 Recommendations On How To Negotiate Outsourcing IT Contracts
Shopping in the Age of ChatGPT: How the New AI Rage is Revolutionizing Retail Experiences and Consumer Goods Manufacturing
Educational Technology Holds the Key to Enhancing Education System and Experiences
How Does Social Media Influences Body Image
CONTACT US