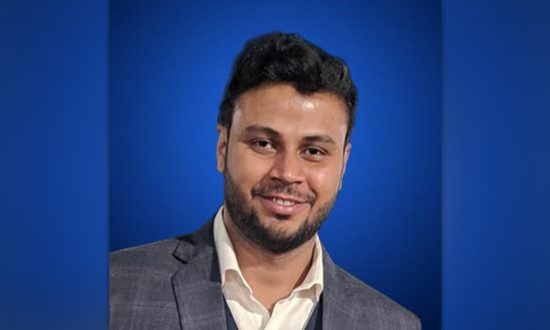 Siddhesh Sawant has been in the field of digital marketing for over 10 years now. Started in 2011 as a Search Engine Optimization Executive, joined a leading digital marketing agency back in 2012 and got the opportunity to handle some big brands, as well as had a team under his supervision. He started Being Digitalz in September 2015 and have never looked back since. The company has been growing at a quick pace. Apart from working with major industries such as real estate, health, and pharmaceuticals, fashion, travel, and many more, Being Digitalz has also worked on a few political campaigns. Siddhesh aims to create 100+ jobs in the next couple of years.

Since ancient times we are communicating through multiple images, logos and icons. It has time and again proved to be the most effective way of getting the message across. So as humans, our subconscious has been trained in such a way that it picks up a message quicker from a picture rather than a few lines of text. Also, it is much swifter to understand an image as compared to reading some text.

The process of making a creative, as much as it might sound simple is not. One has to pick up a topic, study it inside out, weigh out the pros and cons of making a creative on that topic and then brainstorm on the ideas. It is really important to understand what message one needs to communicate from their creative. A little to the left or right and things might get nasty. One has to be sensitive about other people’s sentiments whilst producing content. It is the obligation of a creative team to produce content that will spread positivity amongst the masses. If not, at least nudge the audience in the right direction.

Moreover, the addition of various colours amplifies the effect even further. Colours play a significant role in making or breaking a visual message. The right type of colour would get you all the attention. There is a reason why taxis, safety cones, safety vest and helmets are in bright yellow colour. It is to grab attention even if someone is not searching for it actively. The colour red, on the other hand signifies emotions of love and success. Making creative for a brand is really powerful, and if used wisely, can build a brand image like no other. As we move forward, it is all about the war of creatives on the battlefield of social media. And to win this battle day in day out, you need to think out of the box, but most importantly be precise.

AMUL has been on top of their game when it comes to advertising via creatives. They have their trademark AMUL girl in their creatives standing next to Amitabh Bacchan wishing him a happy birthday whereas in the other they have President of the United States of America Mr Donald Trump and Prime Minister Mr Narendra Modi depicting Modiji’s visit to the United States. Their creatives have always been with regards to trending topics. This helps them stay relevant and always in front of their audience as the topic trends, so does the creative and that, in turn, gives them brand recall in the customer’s minds. AMUL has been practising this strategy for quite some time, and it has been paying off every time.

Talking about brands and creatives, how can we not talk about Coca-Cola. It recently came out with an amazing creative that promoted social distancing. The copy read, “Stay apart is the best way to stay united”. They did this by spreading their iconic Coca-Cola logo. This is again an example of using trending topics to position oneself in front of the audience.

Of all the brands that time and again surprise their audience with amazing creatives, McDonalds is the one that does the job right every time. This time they used their golden arches in the most tactful manner. They used them on the highway to show their customer the way to the closest McDonalds. This, by far, has been the smartest way to guide your customer to your store with the help of your own logo.

Last but not least is the Basking and Robin logo. It looks like someone did just an okay job with putting the initials of the brand together and calling it a logo. However, it is more than what meets the eyes. If you look closely, the logo also represents a number 31, the number of flavours being sold at the outlet. Interesting, isn’t it? This proves that with just little amount of work, one can communicate a lot.

With the meme culture shaping up, creatives are going to be the backbone of any brand strategy. It is about time brands ride the creative bus and get on with the latest trends.

How Mapping Technology Can Transform The Global Urban Landscape
Five Ways to Foster a Cybersecurity Work Culture
Skilled Manpower – The backbone of Effective Internal Control Management
Moving Community Colleges into a Central Role in Resolving K-12 Teacher Shortages!
Trends in Advertising for the Year 2021
Need for Technology Adoption in MSME Sector
CONTACT US