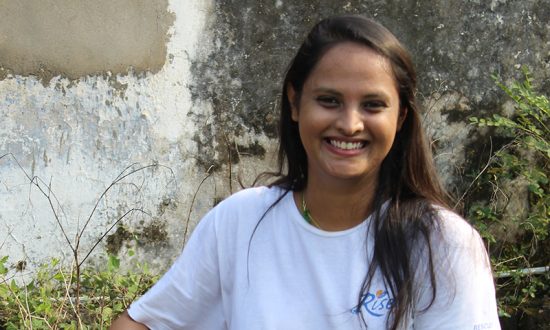 Gargi Vairagare, Founder, RISE for Tails from Nagpur is a cynophilist, paragliding pilot and an entrepreneur. RISE, (Rising Infinitely for Social Empowerment), which is now primarily focusing on Animal Welfare under its new initiative RISE FOR TAILS runs an animal rehabilitation centre which rescues and rehabilitates stray animals free of cost. RISE FOR TAILS also runs a daily sterilization program in Nagpur and weekly programs like Stray animal Vaccinations, educating masses about compassion towards animals and more.

NGOs – A key asset for any country

India’s development and future has always been considered on the basis of its exterior vision as we always explain it by discussing how the country is performing in many areas like Healthcare, Pharmaceuticals, Tourism, IT, E-commerce, etc. However, when we dig deeper and examine it more closely, we become aware of the country’s true pace. This is where NGOs and Communities come into play as they are the ones who look closely into each issue in the country and deal with it on a daily basis.

Pandemic and its impact

The actual need for the voluntary sector began to rise particularly during the Covid-19 pandemic. All the MNCs and small-sized firms started to realize the need for non-profit activities and their benefits. Many CSR activities were executed internally, also NGOs were being empowered by providing them the financial and other assistance. In just a few years, the gap between the profit-oriented firms and non-profit organizations started thinning gradually and the awareness of it started increasing. Food and money donation drives were being executed for the needy stray animals, and on a daily basis, thousands and lakhs of people would come together in support of it. However, this all was short-lived only till lockdown as after regular life resumed, people suddenly stopped feeding and supporting these drives. Companies went back into their business and CSR too for animals is the last focus now. There’s a very little, to no realization that any problem or an issue seen from a temporary eye is always a concern for not just an individual who’s a sufferer, but also for the nation as a whole. The best example is the ‘Section 377’ which took nearly 71 years to get considered and was being initiated in the year 2018 after multiple attempts from NGOs and communities across the country who opposed the article, fought with the government, and finally after years, it was being scrapped by the Supreme court.

Talking about CSR and animal welfare, in particular, most businesses don’t even have animal welfare under their cause. The animal rehabilitation centers have to take those extra efforts compared to the others in gaining the trust and support from the businesses, regardless of how big or small the firm is. All these instances prove that there’s still a need for development as we are not yet in a position to take a back seat.

Shortage of Funds and Infrastructure issue

The shortage of funds and Infrastructure is one of the major issues faced by the NGOs across the world, especially in developing countries like India. It’s been quite a solitary process as they are unable to assemble a dedicated team to oversee the organization’s daily operations or in collecting funds, as it all costs a money and which is difficult to obtain. Infrastructure on the other hand is important too, especially for those who are into animal welfare and who run their own rehabilitation center. Finding the right space to house a variety of animals, building a dedicated operation theatre, and other basic needs like electricity, medical support, etc. are the ongoing obstacles, especially in the absence of funding. NGOs totally rely on donations and assistance from their families, friends, and networks to raise funds, which is beneficial for them to survive for a short period of time.

Inadequate funding and the infrastructural issue are caused by multiple reasons like poor government support, unawareness within the society and also unethical practices by some of the unregistered NGOs and communities which ends up being the crucial reasons for the investors and common people to not trust and backout from donating. Speaking about people not trusting and being supportive of these NGOs, there are two major reasons that cause these behaviors; first is that people don’t relate to the cause – One follows something when they experience it, and the animal care is usually being sidelined as it’s a “non-human” issue which won’t provide any benefits to the people. The second reason is ranting about the problem than actually seeking solutions to it – Most people see stray animals as a nuisance but don’t want to do anything to contain their numbers. The comfort of being in the problem and not seeking knowledge or education for the same is what forces the majority to ignore the cause and resist donating or supporting an NGO.

At the same time, It’s crucial to identify the internal factors too, that contribute to the range of reasons why we, as an individual or an investor fail to recognize and not openly participate in it. The covert behaviors of the NGOs hold the first spot on the table because they end up forgetting that to gain support and assistance from many, one needs to be proactive by carrying out multiple actions like creating awareness programs, starting fundraising, contacting the right people in person, being overt about the needs and support through social media, establishing the right networks, and registering the organization to open the door for official and honest support. In short, to be taken into account and understood, an organization must focus on its fundamental duty: to be transparent about its work, be proactive about its responsibilities and eventually win the support of everyone.

In recent times, especially due to the pandemic, there has been a lapse in multiple sectors, especially infrastructure and funds being provided for the same. With the rise in the number of NGOs in India, they are facing difficulties concerning the acquisition of funds, and adequate and up-to-the-mark infrastructure to name a few. This not only hampers the daily running of NGOs but also forces them to shut down eventually, no matter how good the cause might be. In such situations, it’s very critical to have a backup plan to fall back on. While governments provide infrastructure in the form of public parks and schools and have various grant-related schemes that NGOs can avail, it is important for NGOs to not solely rely on these. NGOs can run separate fund donations, seek help from friends and families along with keeping their eye out for new grants to get adequate funds. For infrastructure, NGOs can opt for government-run places along with looking for a private space. NGOs, like many other organizations, are not flawless and must go through a period of trial and error. As a result, it’s critical to always be equipped and come up with solutions when things don’t go as planned.

Lessons for Direct Selling and QNET In the Post-Pandemic Realm
How are Digital Startups Booming in the Indian Market
Customer-centricity and technology-driven innovation drive digital transformation in retail
Sustainable Funeral Practices in India: A Positive Trend
Consumer Wellness Brands Are Proving To Be The Future Face Of India’s Consumer Market
S8UL Becomes the First Indian Esports Organisation to be Nominated for the Global “Esports Awards 2022”
CONTACT US