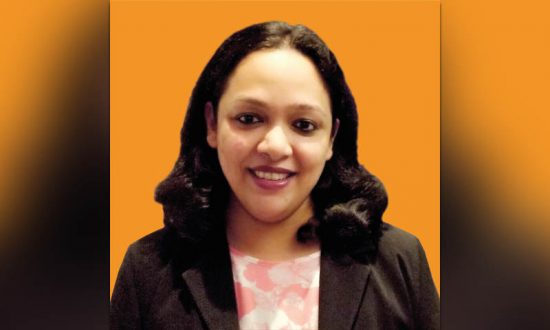 Monalisa is a business solutioneer. She is devoted to business planning and innovation in her entrepreneurial stints as the founder at Pixights Consulting and Inxise Datalabs. Having spent nearly 20 years in the field of research, marketing, and communications, she has worked across domains like FMCG, Telecom, BFSI, Retail and Health to name a few, and across clients like British American Tobacco, Marico, L’Oreal, Mondelez, Pepsi Foods, Vodafone, ICICI Bank, Unilever, Novartis, Nicholas Piramal, Zee TV, Star TV, Castrol, Mahindra, Philips etc.

The market research industry turned a century old in 2020! And it has certainly adapted as well as aligned itself with the changing times, beginning with the shifts in data collection, to analysis, and even in the way that research is consumed.

From the first door-to-door surveys conducted in 1920 for measuring ad effectiveness in print media, to usage of the postal system, followed by telephonic and online surveys, to AI powered data collection methods today, the industry has moved forward at every step.

From audio cassettes to portable data

In the early 2000s, when I entered the industry, both quantitative and qualitative data collection was dependent on recruiters or foot soldiers who would recruit the correct TG for conducting our studies. Post fieldwork, we would be swamped with A3 sheets where we would laboriously write down the data (and color code it no less!) in order to interpret it accurately and uncover insights. This was even when we had desktop computers, but there was a firm belief that interpretation of data required rigorous mental acuity which could only happen through writing reams of data down! Deep analysis is certainly critical but the sheer amount of time and energy that this process took was exhausting and really left no time for actual thinking.

For a study wherein we covered about 40 villages in a month, I carried with me about 150 blank audio cassettes to be able to record all the focus groups and in-depth interviews that we conducted during this time. Back then, transcription work could only begin when the cassettes were physically carried back to the office. Cut to just 5-7 years later and the process time had been cut to half – I had analysis waiting for me when I returned from my travels.

The 2000s was a phase when the market research industry was revolutionized in many ways. Gone was the dependence on traditional forms of data collection, dependence on what a reluctant consumer might choose to share. Online surveys where data could be collected immediately, became the new norm. Social media listening offered raw data on consumer interests and attitudes towards many topics and laborious diary filling by a consumer as a research tool gave way to digital diaries that offered so much more data on consumer’s purchase journeys. ‘Big data’ and thereby data scientists, became all the rage.

However, in completely embracing digital methods, we left behind a chunk of the population who are the real Bharat – The lower socio-economic strata. People in smaller cities, non-digital natives who very much remain at the core of goods consumption. Since online surveys were not something that could be used to reach out to them, we continued to use traditional research methods to reach them – time consuming recruitments with our field teams traveling on-ground to recruit the right people and then administering face-to-face questionnaires. This helped with the anticipated comprehension issues as well as completion of projects, while the completion rates in online research continued to deteriorate.

The missing piece in data collection

In this context, it is important to reach the ‘digitally un-reached’ audiences through a medium that they are familiar and comfortable in – so that we evoke good quality responses and genuine data which forms the foundation of intelligent insighting – because an insight is only as good as the quality of data that it stems from.

This is where using conversational surveys implemented through familiar mediums such as WhatsApp becomes a disruptive change agent in the industry. A simple, quick and efficient solution that provides the ability to collect and analyze data in a fraction of the time and cost that it takes today.

Market research is also seeing a change from the perspective of how it is being consumed. And this change is being driven by the need to keep pace with how the products and marketing development processes have evolved. Not long ago, the product development cycles used to be linear – find the problem, develop a product, test it with the consumer, and launch it.

In today’s world however, this linear model is getting obsolete. The product development process is iterative now – you find the problem, develop a prototype or a minimal viable product, test it with the consumers, improve it, and test it again iteratively for continuous improvement. This means that market research can no longer be a one-time exercise in this process. In fact, it now sits in the centre of the product development piece.

Unfortunately, most of the traditional market research methodologies are designed for the old, linear development model. . While the established market research agencies have been slow in adapting to this change, technology and data companies with software tools that capture both structured and unstructured consumer data, provide real-time data dashboards and conduct A/B tests to give actionable insights, have started to move market research into a new era.

As these trends develop in the future, market research will move from being a long, laborious and costly process carried out by agencies, to a continuous, automated and efficient one that sits in the centre of decision-making in the companies. Any company/brand will be able to reach their target consumers with questions and receive actionable insights in the space of a few clicks.

The future promises to be an exciting time for market research!

Technologies for Cardiovascular Disease: A 2023 Appraisal
Seeing Strategically
10 Recommendations On How To Negotiate Outsourcing IT Contracts
Shopping in the Age of ChatGPT: How the New AI Rage is Revolutionizing Retail Experiences and Consumer Goods Manufacturing
Trends that will Define e-Commerce and Luxury Fashion in India
Esports Could Be the Next Big Thing in Entertainment
CONTACT US