Home /LEADERS' INSIGHTS/Meme Race: Social Media apps were Down, but guess whose Virality Rate was going up?

Meme Race: Social Media apps were Down, but guess whose Virality Rate was going up? 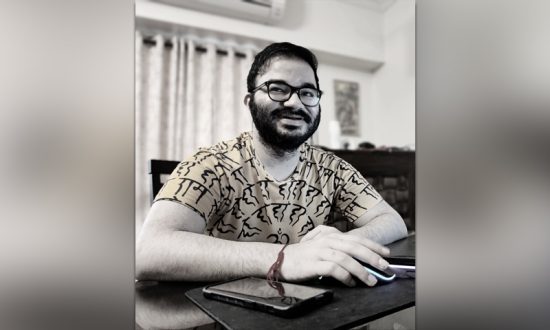 Taaran is a young entrepreneur who has completed his education in B.Tech,CSE( Computer science Engineering) from SRM University and in his free times he likes to being on the hunt for content everytime ,scrolling through internet just to find what could be next meme trend, avid fan of watching mystery movies and playing guitar. He had a vision for meme marketing since the day he was involved in development of various meme page right from his college days. Currently, he and his team is working towards getting traction from all over the globe to Meme Chat which can be the global meme platform.

We live in an era where the horizon of social media is broadening each day. A plethora of new and enticing platforms are emerging rapidly. The existing ones, on the other hand, are radically innovating to offer users exciting and engaging features. Has social media become a hotspot for the masses? As per a study, teenagers spend up to 9 hours daily on these platforms. Another report indicates, 30% of the entire time spent online is dedicated to social media usage. People from all age groups are turning to these online sites for varied purposes like networking, entertainment, selling and purchasing products, among other things.

With most buyers actively using social media, brands are aggressively trying to create their mark on these platforms. Even the taste and preference of consumers is getting influenced by the trends going on in these apps. Companies are making relentless efforts to create content that is engaging and allows them to communicate with their audience. With digital marketing acquiring the centre stage, marketers are moving away from legacy techniques and employing witty tactics like memes to place their products.

However, sometimes these platforms experience a downtime, wherein their operation stands disrupted. Why does this happen? Several factors can trigger downtime. For instance, attacks by a hacker. While in most cases, their systems stay uninterrupted; sometimes, a slight breach also forces them to shut down for as long as 60 minutes. Did you know even the rotation of our planet can be a reason why your social media is down? Earth’s rotation is gradually reducing in speed. To keep the clocks aligned, a leap second needs to be added every once in a while. However, each time there is this additional second, large segments of the internet fail to keep up with this change and simultaneously end up malfunctioning.  In 2012, Reddit, which operates on an open Linux system, experienced downtime because of this reason.

Now that you know the why. Let’s dive into what happens when a particular app is down?

When an app suddenly stops working, users quickly switch to other profiles and talk about the mishap. The internet is flooded with memes based on this event. Say if Instagram experiences a downtime, from Twitter to Facebook, every app will witness comments, memes and posts talking about this disruption. Social media brings with itself a lot of wit and humour. Even if it’s a malfunction, people do not shy away from making it humourous. When Google crashed, users used other platforms to create memes that said, “Searching in Google, why Google is down.”

The consumer is king. Wherever customers go, companies follow. When the masses start discussing these crashes, brands leave no stone unturned in becoming a part of the trend. For example, when Facebook was down, Zomato created a meme saying, “ Insta: down, Whatsapp: down, Facebook: down, me: down for some bhujiya from the kitchen”. Marketers use such instances to grab the attention of their users and subtly urge them to use their particular page/site/platform. This is a smart marketing technique as it makes your customers laugh, engages them and avoids the bluntness of traditional methods. However, to be successful in making the most of such crashes, brands should be hasty in coming up with creative copies and posting their memes before the glitch is fixed and the trend subsides.

Social media users are not restricted to one specific platform. They are very flexible and easily adapt to a new site. The biggest example being, when TikTok was banned in India, a large number of similar apps came up. Well-known platforms like Instagram launched sections such as Reels to fill the void. The same thing happens when a particular social media experiences downtime. Other platforms immediately start working towards attracting users to switch. Many times the memes created by the audience indirectly ends up publicising other platforms. For instance, at the start of 2021, when Instagram crashed, the internet witnessed a slew of memes on various other sites that said, “ Me running to Twitter to search if Instagram is down or if it’s my Wifi.” Another one read, “Me who knew about #instagramdown on Twitter before opening Instagram.”

It is safe to say that when a social media page is down, the others witness a meme race. Coming back to the main question – whose virality rate goes up? It is clear that irrespective of the site that glitches, users always turn to memes to discuss the downtime. Memes will continue showing a high virality rate due to their versatility. The ever-trending memes have encouraged a culture of healthy brand wars. When one app misses the ball, the other is prepared to catch it. Marketers have realised that using memes for communication improves their engagement and provides them with the opportunity to build a community. Given the current scenario, if you still haven’t, now is the best time to make the shift to meme marketing.

The Benefits of Artificial Intelligence for your Business
What’s Your Value in 2023?
Transforming the Executive Search Industry & Making an Impact
Bring the Zing – 5 Keys to Powerful Presentations, Briefings, and Meetings
In This WFH Working System, How to Use Applications to Get More Organised?
The Role of Verified Digital Identities in the Open Banking Ecosystem
CONTACT US