MSME & SME is the Future of New India for Global Markets 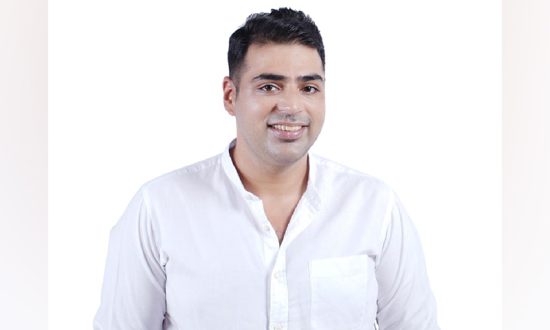 Akshay Wadhwa is the Founder & CEO of a B2B export platform Bluerickshaw that connects small sellers in India to small & medium buyers across the world. Long back in 1957, Akshay’s entrepreneur grandfather Mandanlal Wadhwa drove across the country to procure exclusive fabrics and sold them to vendors in Delhi, whose operations were later continued by his father Anil Wadhwa. Much later in 2021, Akshay’s desire to carry forward his family’s legacy of sourcing & showcasing Indian goods at a global scale, navigated him to establish Bluerickshaw as a global export platform. Bluerickshaw has received the startup India recognition & interest from Fieo and several trade promotion council in a very short span of 6 months.

India is expected to emerge as one of the leading economies in the world in the next five years in the light of a positive political and economic scenario. The Micro, Small & Medium Enterprises (MSME) sector is expected to play a pivotal role in the emergence of the Indian economy. The development of MSME/SME sector is very critical to meet the national imperatives of financial inclusion and generation of significant levels of employment across the country.

Further, the MSME/SME industry can nurture and support development of new age young and dynamic entrepreneurs, who have the potential to create globally competitive businesses from India. MSME industries can be the backbone for the existing and future high growth businesses with both domestic and foreign companies investing in the ‘Make in India’ initiative and make significant impact in the area of indigenisation.

‘Make in India’ — a golden opportunity for desi entrepreneurs

The MSME/SME sector should enable the development of a business ecosystem that allows and continuously support business that are gearing to deliver the right product, the right quality, the right solution and the right service at a competitive price, both in domestic and global markets.

The ‘Digital India’ revolution also provides a great opportunity to promote MSME participation in the Information, Communication and Telecommunication (ICT) sector, in line with the Central government vision.

It is equally important that the MSME/SME sector develops in all areas of agriculture, art and crafts, manufacturing and services sectors because each of these sectors will continue to be very relevant to the overall GDP growth as well as employment generation in the country.

MSME segment act as a catalyst

The MSME sector can act as a catalyst to bring about this socio-economic transformation. This segment has the potential to emerge as a backbone of the Indian economy and act as an engine for growth.

In India, MSME industries are very large in numbers, diverse in type of business and are spread across remote geographies of the country. A large portion of the MSMEs industries are informal and not registered with the formal eco system of MSME. This will require a vital change in philosophy and approach to be able to develop and deliver a new wave eco system which facilitates their development and seize the emerging domestic and international opportunities. At a minimum, any hindrances and hurdles in doing business are to be removed. This will help unleash a new age young and dynamic entrepreneurial talent, who will be willing to make self-entrepreneurship the first career choice and develop growth companies.

A growth imperative for Indian MSMEs

In my opinion, the MSME/SME segment is not an industry as defined by the government; all MSMEs should be looked upon as enterprises, and the people conducting the businesses as entrepreneurs. There is no doubt that the central government has taken various steps for pushing the private sector MSMEs for generating employment in India, fast tracking various projects involving substantial investment and increasing public expenditure on schemes.

The schemes such as Make in India, Skill India and Digital India have been implemented by the Centre and are likely to enhance the employment base. Also, MUDRA and START UP schemes have been initiated by the central government for facilitating self-employment. But still there are several issues that are posing as potential barriers in the growth of MSMEs in India.

The MSME sector needs to seize the opportunities in order to have a robust infrastructure in place. It requires strong efforts by the government to fill in the gaps and bypass the challenges. It can only be made possible if the framework for growth has more and more domestic participation, apart from the growth in IT infrastructure, innovations in business and adaptation of better MSME policies. There must be a regulatory compliance approach and an incentive-based approach for all the stakeholders. Further, a holistic approach can be considered in developing new wave MSME/SME in view of the emerging opportunity areas in the Indian economy.

In simple words, whether it is growing in India or in the international market, the focus should be on competitiveness, brand building and providing certainty. There is a lot of uncertainty in the MSME/SME segment and this has a negative impact on the sector’s growth. Will the MSMEs rise to challenge and compete in the world arena? That remains to be seen.

The Centre is making a constant endeavour to incentivize this sector by introducing export-based initiatives and other growth-driven schemes. The MSME segment is yet to achieve its full potential despite witnessing consistent growth in the past few years. This slow surging growth is mainly attributed to dependence on lacklustre technologies, reluctance to boost R&D activities, and lack of quality standard certification.

The schemes like ‘AatmaNirbhar Bharat’ and ‘Make in India’ have witnessed a considerable push towards boosting home-grown industries via an array of measures such as subsidies, incentives, and fiscal aid. The main objective is to improve the manufacturing & export potential of domestic firms so as to put them at the center stage of global supply chains.

Lessons for Direct Selling and QNET In the Post-Pandemic Realm
How are Digital Startups Booming in the Indian Market
Customer-centricity and technology-driven innovation drive digital transformation in retail
Sustainable Funeral Practices in India: A Positive Trend
T-Hub Onboards 23 Startups For its Seventh Cohort of Lab32
Sennheiser Announces Striking Deals on its Best-Selling Products During the Amazon Prime Day Sale
CONTACT US