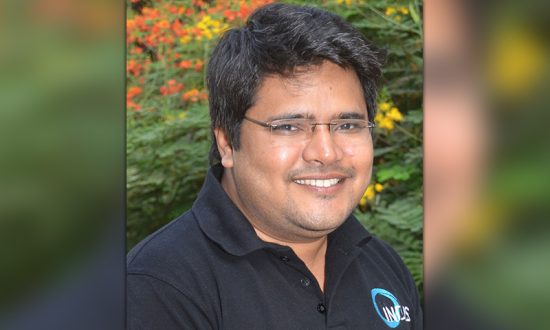 Rakesh co-founded Indus OS in 2013, with the vision of creating a holistic, exceptional app and content discovery platform for India. Prior to Indus OS, Rakesh’s first venture was launched in 2008. It provided mobile and telecom-based products and solutions for enhancing productivity and revenue growth of businesses across the world.

With India adopting digitalization at an accelerated pace and scale, apps seem to be our go-to buddy for various day-to-day functions, including video conferencing, online learning, cab booking, grocery deliveries, team gaming, etc. Thanks to developers who are keen to understand the evolving needs of consumers, and thereby cater to them with innovative solutions that are backed by cutting-edge technologies such as AI, ML, big data analytics, IoT, to name a few. However, reaching out to a wider audience base in a densely-populated country like India is not a smooth-sailing journey for businesses, and in most cases, it’s just next to impossible.

Although a major part of the Indian population is already a part of the digital world owing to the increasing penetration of smartphones and cheap mobile internet, many people don’t understand English; and therefore find it difficult to search and discover content on their smartphones. On top of this, many people also feel reluctant to use smartphones in the first place because they find regular mobile phones worthier than their successors. Even now, most people in rural areas believe that they don’t need a smartphone as regular mobile phones are sufficient for them to call and text. This begs to ask: how to bring this cohort to the digital universe? The answer is: with the help of an enhanced app store ecosystem (EASE)!

How EASE can connect the next billion users to the world of digital?

EASE is all about creating an ecosystem that encourages and empowers app developers to build solutions that are exactly in sync with customer problems. For instance, launching apps in multiple local languages will help non-English speakers consume content and utilize services with added convenience.

Likewise, an enhanced app store ecosystem would equip developers with key tools that help them translate content in various languages without losing its original meaning. And most importantly, EASE should give developers a clear picture of their overall performance once the app is launched, and support them in making revisions accordingly, to eventually cement a leading position among other apps and secure good returns in the process.

Connecting the Unconnected: How developers can make their apps more relatable with localization?

India currently has 1.15 billion mobile phone users, including 520.1 million individuals who come from rural areas. Given this huge potential, it will be a major step for India if these masses can join the digital bandwagon, accessing and consuming content in their preferred language.

Research says that 70% of Indians feel digital content in the local language is more reliable, while 88% believe in responding to a digital advertisement in their preferred language than English. Evidently, 90% of video consumption at present is already happening through local languages.

To harness the untapped potential of regional content, the government has recently launched NLTM in budget 2021. The initiative aims to boost the wide range of existing regional language initiatives in the country, encouraging agencies to translate science and technology-based content into local languages. So far, this type of content has been restricted to English language consumption only.

By allowing more and more people to consume content in the languages they feel convenient with, this move will help amplify the usage of digital content across India, while also enabling people to finally utilize numerous services in the local languages. Rolling out such a mission indicates the growing significance of regional content in the country, and how it can add value to businesses from different domains.

Over the years, Indians have rapidly turned to regional languages for content search and discovery, and this trend is only going to rise further. As businesses leverage and integrate localization into their operations, their chances of driving traction will augment. What more they can do is, invest in other relevant tools such as voice and video, and strive to bank on them as much as it’s possible to spur innovation. In this entire transformational journey, EASE will play a pivotal role in linking the next billion users who prefer local content over others to the digital era and significantly benefit from it in the longer term.

The Benefits of Artificial Intelligence for your Business
What’s Your Value in 2023?
Transforming the Executive Search Industry & Making an Impact
Bring the Zing – 5 Keys to Powerful Presentations, Briefings, and Meetings
How is Technology Changing the Wedding Industry?
2021 Set to Boost the E-Commerce & Retail Industry
CONTACT US