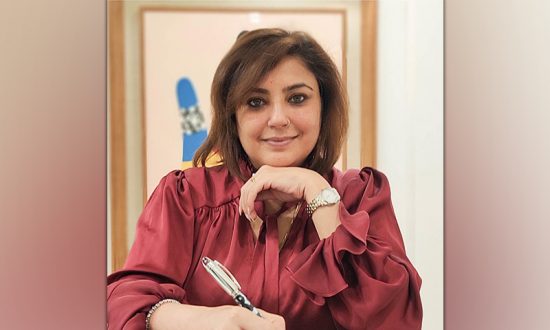 With 20+ years of global experience, Sumi Gupta, founder director TATSAT Foundation, is a seasoned professional known for her expertise to incorporate social responsibility, corporate communications, corporate affairs, brand, reputation and image management. Sumi is also a Management Graduate of Symbiosis University, Pune. She completed her LLB from the University of Lucknow, M. Sc in International Banking & Financial Services from the University of Reading, UK and is an alumni of Harvard executive leadership program. With such a compelling background, Sumi envisioned to bring wholesome education in the social sector and initiated the TATSAT Foundation. Her dream is to “professionalize the social service sector”, advocating for dignity and respect of those working in the social service space.

This world is getting more urbanized than before. A World Bank Report of 2019 says that by 2050, 7 of 10 people on the planet will live in urban spaces. For non-industrial countries, the urbanization rate would be much higher than the worldwide normal. Therefore, if undue emphasis is given to advancement in urban communities, the subject of guaranteeing food security and other services is most likely to stay unanswered. In accordance with this, acknowledging metropolitan improvement through rural advancement ought to be the strategy in light of the fast-urbanizing world and its actual extensions.

In the coming years or may be a decade, India will add an expected 400 million occupants to its metropolitan populace. According to statistics valuation firm Statistica, in 2020, approximately a third of the total population in India lived in the cities. The trend clearly showed a marked increase in urbanization by 4 percent in the last decade, which meant more and more people are escaping the rural lives and making cities their homes. It has also been observed that the urban communities, small and big, will be pivotal in the worldwide endeavors to advance reasonable turn of events, tackle environmental change and lessen destitution and disparity in the living standards.

Metropolitan residents offer colossal economies of scale and therefore, there is an urgent need to comprehend the capacity of Indian metropolitan netizens for normal, financial and social engagement. This urban transformation should be harnessed and upheld by providing urban populace with sensible transportation, steady water supply, sewage treatment and a solid waste management system and above all better working conditions and opportunities.

The Government of India while improvising on the Urban Development Policy has been redirecting its resources to restore the metropolitan spaces through transformative projects of the Ministry of Housing and Urban Affairs (MOHUA) – Urban Missions vis. Smart Cities Mission (SCM), Atal Mission for Urban Rejuvenation and Urban Transformation (AMRUT) and Pradhan Mantri Awas Yojana-Urban (PMAY-U). Under the Pradhan Mantri Awas Yojana (Urban) – ‘Housing for All’ by 2022, so far about 1.12 crore houses have been sanctioned, under AMRUT national water mission and was launched in 500 cities covering 60 per cent of the urban population while the SCM is a transformational mission aimed at bringing about a paradigm shift in the practice of urban development. Therefore, it can safely be concluded that these projects are mostly intended at concentrating on developing zero waste, environment friendly housing and self-contained cities thus, creating a sustainable environment for urbanisation.

The MOHUA data for the level of urbanization shows that of all the states and union territories, the national capital region of Delhi and the union territory of Chandigarh are most urbanized with 97.5 percent and 97.25 percent respectively, followed by Daman and Diu (75.2 percent) and Puducherry (68.3 percent). Among states, Goa is now the most urbanised state at 62.2 percent. Another significant instance of rapid urbanization is that of Kerala at 47.7 per cent, while a decade ago it was just 25.9 percent. Among the north-eastern states, Mizoram is most urbanised with 51.5 percent urban population. Among major states, Tamil Nadu continues to be the most urbanized state with 48.4 percent followed now by Kerala (47.7 per cent) upstaging Maharashtra (45.2 percent). While in terms of in terms of absolute numbers, Maharashtra continues to lead with 50.8 million people which comprises 13.5 percent of the total urban population of the country.

According to Census 2011, which was the 15th Census of India since 1872, out of the total population of 1210.2 million in 2011, about 377.1 million lived in the urban India. The net addition of population in these urban spaces over the last decade has been around 91.0 million – stating the percentage of urban population in country currently at 31.6. Urbanization in India is fundamentally a result of movement of its economy after the 1990s, which achieved the improvement of the private region. As of now, despite the fast rate of urbanization in India, the ratio of urban to rural population remains at 3:7. Data suggests that this is a good sign signifying the symbiotic relation between the urban and rural life, which also means that the onus is both on the union and the states to defeat these parallels in the administration structure and coordinate an assortment of interlinked urban-rural capacities.

The rural and metropolitan regions are financially, socially, and naturally interlinked spaces that one cannot disregard. Above all, the environment administrations are among the significant spaces of rural-urban linkages where their association is exceptionally displayed. In any case, the advantage that rural regions acquire from the metropolitan turn of events, like market, business openings, and so on should not be ignored too. Tapping this inter-connected dependency is the best way forward for tapping the potential of the fast-growing urbanisation or the urban transformation of India to boost the country’s economy.

The Benefits of Artificial Intelligence for your Business
What’s Your Value in 2023?
Transforming the Executive Search Industry & Making an Impact
Bring the Zing – 5 Keys to Powerful Presentations, Briefings, and Meetings
How Has the Migration from Cities Affected the Business of Fashion
Digital Payment and Emerging Technologies
CONTACT US