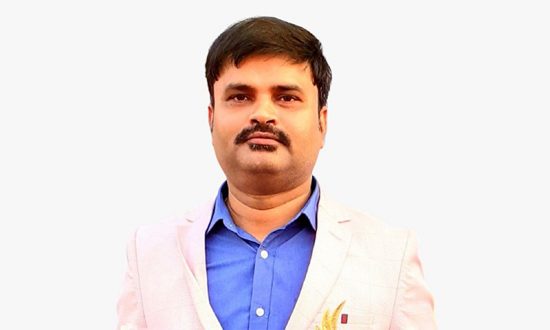 Prabhat Sinha is a Bestseller Author, Entrepreneur, and International Speaker. By education, Prabhat holds MBA & LLB degrees from prestigious universities. He is Co-founder & Managing Partner of Global IT MNC Intelligenz IT. Prabhat is an active columnist and writes on issues related to IT, Commerce, Entrepreneurship, International Business, Innovation & Productivity.

Space programs are proliferating in our country. Several public and private sector companies are working on ambitious schemes for Indian consumers using the possibilities available in Space. For example, ISRO is working with private sector companies in the ambitious Gaganyaan mission that takes passengers into Space. Last month, the Government of India approved the establishment of in-space as a single-window nodal agency to help companies willing to work in the space sector. IN-SPACE is considered an essential step towards making the Indian space sector business-friendly. Satellite Internet is also a vital space-based avenue, and many global companies are gearing up for this business. The Internet has reached most of our country’s urban areas and will gradually reach suburban and rural areas. But our country is full of diversities, and there are some remote hilly, coastal and island areas where it is not easy to use the Internet. Hence satellite internet, which is very effective in normal geographical conditions, has emerged as an effective option to take the Internet in remote and geographically challenging areas.

Network Operations Centre (NOC) is a centralized location where the instruments and processes contained in the internal, external, and communication systems are correctly monitored and maintained. Artificial satellites used for traditional satellite Internet hover over the equator about 22,000 miles above Earth’s surface. These satellites are located in geostationary orbit, meaning they rotate with planets. Therefore, the signal relay process is robust, and there is two-way communication between the dish and provider hub, or NOC. The new generation Starlink and Project Kuiper satellites are located just 300 miles away from Earth. These satellites have been systematically put into low-earth orbit for better and faster internet. However, the deficit is that hundreds of satellites will have to be installed to gain the cover of a traditional satellite. Traditional satellite spots use beam technology to supply specific areas instead of providing services to the entire region.

There are many misconceptions about satellite internet that need to be understood. People think it’s too slow and takes longer to communicate, but it’s not true. Satellite internet is as fast as cable or other broadband services. The technology advancement has achieved a speed of 100 MB per second, further increasing to 1GB per second. Although satellite internet is still lagging behind traditional internet in terms of latency, new generation satellite internet providers are trying to resolve the issue. Latency is the measure of the time taken to send and receive data. Due to high latency, consumers may face problems while accessing multimedia features. Playing high-definition games may be difficult, but browsing, email, text, and audio, video, and other internet features work efficiently. Natural disasters such as storms, thunderstorms, floods, and other disasters may temporarily disrupt the satellite Internet, but services are restored quickly after the disaster is over. It takes days for the traditional to restore services. The service may be expensive initially but is expected to be at par with conventional services after the consumers base increases.

Satellite internet will ensure faster internet availability than dial-up connections in rural and remote areas of the country. It is easier to install and start satellite internet than other internet services. Being wireless, Satellite Internet is less likely to outage than other wire-based network connections. All the primary service provider companies are currently vying to control the market, leading to quick upgrades, innovations, and ease of services in the sector. Innovations and healthy competition between crucial players ensure superior services and support at a better rate for consumers.

At present, Sunil Mittal’s Bharti Global-controlled OneWeb has got a National Long Distance (NLD) license from the Telecom Ministry. The company plans to deploy satellites into low earth orbit to provide internet service at a speed of 1 gigabyte and above. The satellite will be located about 600 miles from Earth. A few weeks ago, OneWeb and the American Hughes Network signed a strategic agreement under which the two companies will jointly provide internet services to large, medium, and small businesses, the public sector, internet service providers, and telcos in remote rural parts of the country.

World’s renowned businessmen Elon Musk and Jeff Bezos are planning to take on Bharti’s Sunil Mittal and Reliance’s Mukesh Ambani in the Indian satellite internet market. Alan Musk has publicly announced his interest in the Indian Satellite Internet market. His company SpaceX plans to bring his ambitious Starlink project to India and is in the process of studying India’s government rules and regulations. Moreover, Alan Musk’s company SpaceX has also appointed Sanjeev Bhargava as the company’s director in India. Amazon, the country’s largest retailer, also wants to claim its stake in the satellite internet business with its Project Kuiper. Amazon will be at clear benefit once Satellite Internet becomes a reality. Amazon’s retail business will spread to rural and remote villages with easy internet availability and increase the total number of consumers. Overall, the satellite internet business is a new avenue with much potential, and it will have a long-term impact on the Indian economy.

The Benefits of Artificial Intelligence for your Business
What’s Your Value in 2023?
Transforming the Executive Search Industry & Making an Impact
Bring the Zing – 5 Keys to Powerful Presentations, Briefings, and Meetings
Using Technology to Reduce Post-Harvest Spoilage and Improve Farmer Incomes
Coping With the Great Return: Has the Pandemic and Remote Working Impacted Employees Mental Health
CONTACT US