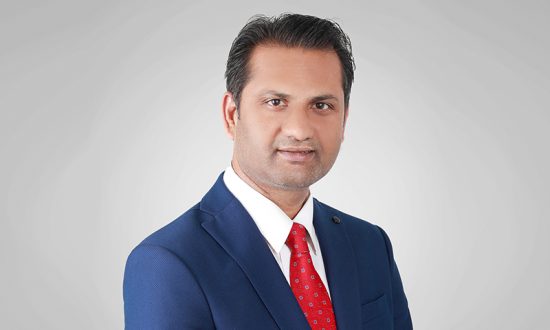 Dr. Hari Babu Venkatesh is a Specialist Cardiologist presently working in Aster DM Healthcare, Dubai. He did his under-graduation from Ambedkar Medical College, Bangalore in 2003, pursued post-graduation in Internal Medicine from MS Ramaiah Medical College, Bangalore in 2005, and subsequently graduated as Doctorate in Cardiology from Vydehi Institute of Medical Sciences in 2014. He is a Karnataka State Rank Holder from Rajiv Gandhi University, 2014 batch. He received 2nd best scientific research paper presentation award for 2D-ECHO in congenital heart disease, in Asia Pacific India Live Conference, Delhi in 2014. Dr. Hari started his career as an Interventional Cardiologist in Narayana Hrudayalaya, Bangalore, followed by Kauvery Hospital in Tamil Nadu. Later, he joined as Chief Interventional Cardiologist in Manasa Trinity Heart Hospital in Bangalore. In 2017, he began his career in Dubai as a Specialist Cardiologist in NMC Hospital, Al Nahda, Dubai and currently working with Aster DM Healthcare.

I present this article to create a global awareness of cardiac disease in general population. In today’s world many are leading a sedentary lifestyle, which is influenced by our occupation, culture, and economical status.

Lack of physical activity, inappropriate diet, smoking, alcohol, fast food and fatty food intake leads to heart disease. Not many can change these habits due to financial and social constrains, but at least regular doctor consultation should be done to check the heart condition. But the myth in the general population is ” I don’t have a symptom, so I don’t have disease”. This symptom driven cardiac health check is a wrong approach. This needs understanding of the concept “Cardiac reserve”. What is Cardiac reserve? It is like running the engine with fuel under reserve. Likewise, heart has a compensatory mechanism where it can maintain the blood supply to the Myocardium even if there is 70% of bock in the blood vessel in resting state. But cannot manage blood supply if there is an extra demand due to physical exertion. Symptoms don’t manifest until this extra demand is induced. Hence leading to the misconception of no disease in the absence of symptoms.

Lack of physical activity leads to inadequate calorie expenditure, poor cardiac biomechanics, poor circulatory functions, and inefficient vascular compliance. Increased vascular aging, reduced elasticity and poor blood flow conduit mechanism. There are many benefits of physical exercise, but at least 2 purpose is definitely served, one is, it keeps your heart healthy, and the other is, for those who are under this cardiac reserve will become obvious and manifest with chest pain which brings the patient to the doctor.

There is a large proportion of population under this cardiac reserve. Patient do not approach doctor until there is symptoms. Heart attack is only the tip of the ice burg, Majority are under cardiac reserve, they get noticed only after developing major cardiac event.  This barrier as to be broken and create an awareness that subclinical cardiac disease is the major cause for life threatening Heart attack, heart failure, sudden cardiac arrest, and death. To avoid this, make sure you consult the doctor on regular basis to get the heart health checked. Anything which is not measured, we won’t know where we stand. Early identification of the disease and treatment prevents the development of catastrophic cardiac events.

How is CAD coronary artery disease (blocks in lay man terms) diagnosed? Typical cardiac symptoms are presence of co -morbid conditions, history of habits like smoking, alcohol and drug abuse, clinical examination followed by investigations. ECG is the first common investigation tool to diagnose heart disease, but however, it is not 100%, there can be situations where patient has the disease, but the ECG can be normal. Second is cardiac enzymes, whose blood levels are elevated in heart attack. Third is 2d- echo and Treadmill test. Last but definite diagnostic mode is coronary angiogram.

There are two types of coronary angiogram, one is CT coronary angiogram, and the other is catheter-based angiogram. CT angiogram has its own advantage and disadvantage. CT angiogram is suggested for those with intermediate probability of CAD, MI in the absence of Cath lab settings. Critical block in the main vessel (left main coronary artery). Disadvantage is complete 100 ml of the dye is used, on some occasions inability to differentiate moderate to severe stenosis. It is only a diagnostic not therapeutic tool. Catheter based angiogram is minimal invasive technique where the dye is injected directly into the coronary artery using a catheter. Advantage is, control on the amount of dye usage, differentiates moderate to severe blocks by instantly changing the angel of imaging, clinical decision making, and angioplasty can be done in the same setting.

All those above 40 years of age periodic cardiac health check should be done on yearly basis. If you have more than one risk factor like Diabetes, Hypertension, hypercholesterolemia, should undergo heart health check every 3 to 6 months, even in the absence of symptoms. Early detection of disease and intervention by using blood thinners, cholesterol lower agents, prevents the occurrence of heart attack, sudden cardiac arrest, and death.