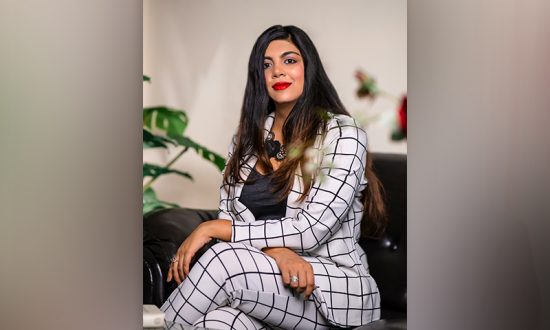 Chahat Aggarwal is the CEO of “Impact Study Biz”, and author of Branding and AI- Leveraging technology for Revenue Growth. Chahat was born in Amritsar, India and educated in India, U.S.A., and Sydney. She holds her family with the greatest regard and attributes all her success to them. She is currently the CEO of a strategic consultancy “Impact study Biz”, which she also founded. When she is not working, she can be seen dabbling in a variety of skills and hobbies, ranging from modeling to directing films.

A team from the University of California conducted a study in 2015 where they researched on mental health in entrepreneurs. They found that

Starting a new business undertaking is multifaceted. There are several demands, both internal and external.

Why do start-up entrepreneurships entail depression, among others mental ailments? Answer- The nature of the work.

– eating too much or too little.

The factor that leads to it

Running a start-up is strenuous and lonely. One often gets so busy building a new facet for their life that they hardly have any time for socializing. The repercussions can be devastating. In order to keep functioning, most entrepreneurs tend to push back their loneliness and fatigue to the back of their mind and keep going at it. This often entails keeping up a bright and happy face for clients, employees and fellow workers, also called “Impression Management”- the act of keeping up the face and demeanor of an optimist.

It makes them think that it psychologically aids the feeling that everything is in place and not crumbling down around them. The reality is different. Suppressing negativity only comes back stronger later.

The factors that make it stay

The stigma around mental health is huge to the extent that most people straight up are in denial about it. Given its pervasiveness in the world of start-ups, it is ironic that it is still viewed as a stigma, and something that only ‘the weak’ have. Entrepreneurs are supposed to be strong mentally, how else are they going to manage a business?

Common among mental health patients, Denial is when they refuse to acknowledge their problems. The reasons

Putting entrepreneurs on a pedestal

Successful entrepreneurs have people looking up to them, and rightly so. But that adoration often reaches a stage where it becomes worship, which is toxic. That puts immense pressure on a start-up/ an entrepreneur to always deliver, even when they have been consistently successful. For new start-ups the pressure is about proving themselves, because there is a high risk of failure involved, not to mention the amount of hard work and capital invested.

Just talking about the stresses and challenges one faces in start-up culture can do wonders.

People need to be made aware that these people are every bi as vulnerable to negativity as much as anyone else.

Ben Huh, the CEO of Cheeseburger Network, revealed in a deeply personal post, about his suicidal thoughts following the failure of his first start-up. He named it When Death Feels Like A Better Option.

Micahel. A. Freeman, a researcher on Mental Health and Entrepreneurship says, “There are traumatic events all along the line”.

Thing will get better

Big losses in your business may knock you flat no matter what your psychological makeup is. Even seasoned business owners have had their feet yanked out from beneath them.

Though starting a business can be a roller coaster ride, experts believe that the start-up culture can make changes to keep from spiraling out of control. Freeman advises to not let business squeeze out your connections with human beings (human beings other than your clients). Friends and Family can be effective tools in combatting depression, mood disorders, etc.

Seeking help from mental health experts must always be an option. The sooner you acknowledge and address the problem, the sooner it will be sorted.

Psychiatrists advise about being honest about feelings and emotions. Unmasking emotions, and having a work environment where everyone freely talks about their sentiments, is healthy start-up culture. Brad Feld says, “Willingness to be vulnerable is very powerful for a leader.”

Being aware is the key to a robust mental health. Success does NOT equate with stress. While a little stress is important, too much of it will kill. Aaron Swartz, the Founder of “Reddit”, despite running a successful venture, took his life in despair.

That should be a lesson on the fact that no amount of success or money or recognition will compensate for bad mental health. However, the trend and culture is changing, slowly but steadily.

It is amazing to see that many start-ups, of various ventures, are working on the propagation of mental health awareness. One such venture is Impact Study Biz, a consultancy. Along with consultation, they are doing their bit to combat this nightmare of disorders. They have worked closely with the UN towards the same purpose.

Besides being out there and helping people, it is commendable that they have an amazing work culture and free communication lines within the company, all contributing to a stress free work environment, thus taking the concept of a stress free start-up culture to new dimensions.

The Benefits of Artificial Intelligence for your Business
What’s Your Value in 2023?
Transforming the Executive Search Industry & Making an Impact
Bring the Zing – 5 Keys to Powerful Presentations, Briefings, and Meetings
Importance of Mental Well-Being of Employees
Need to Focus on Mental Health and Wellness at Work for Corporate Well-Being
CONTACT US