Steadfast on the Growth Highway 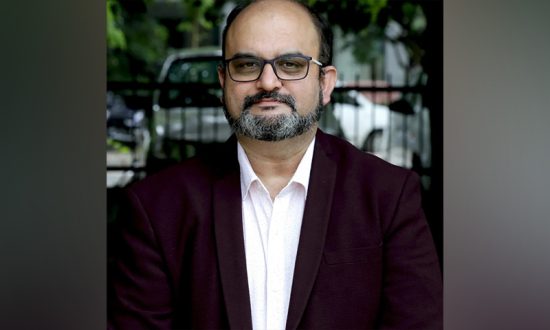 Dr. Samir Kapur is a versatile professional with over 24 years’ experience in the field of corporate communications, investor relations and strategic planning. He has been teaching marketing, public relations and business communication courses at leading colleges. He is an engineer, MBA and a PhD. His book “When India Votes” has been rated as the bestseller in marketing campaigns by Amazon in 2019.

The road transport and automobile industry are critical for the Indian economy. Pacing with major part of the sector on its back is the Indian tyre industry. The sector had experienced an over 8% contraction in FY2020 due to subdued demand in the markets.  Furthermore, during the first year of the pandemic, the tyre industry contracted by 8% in FY2021 due to stringent lockdowns, very low economic activity, paused and gradual opening.

The impact of the pandemic continued in 2021 as well, with the second wave disrupting commercial activity and the movement of people and goods. The contraction was experienced in both replacement demand and original equipment manufacturer demand, as the automobile sector was experienced a contraction as well as not enough miles were covered on the roads by vehicle owners.

However, after the second wave, the sector experienced a sudden spike in demand. The factors contributing to the growth was the sudden revival in logistics, improving public health and vaccination measures, increased need for personal mobility, increased roadway network, and positive rural cash flow.  The sector continues to fight back unprecedented challenges posed by the pandemic and global uncertainties to script a strong recovery. In fact, rating agency ICRA estimates a 13 to 15% volume demand growth in FY2022 from the lower base of the previous year.

Industry Competition on the Rise

The growth environment has encouraged stiff competition amongst key industry players such as Apollo, CEAT, MRF, JK Tyre and others. While the pace of growth differs amongst all players, most companies have shown positive performance. After a 55% drop in net profits sequentially, Apollo Tyres recorded a 10% in Q3FY2022 compared to the same quarter in the last fiscal year, with 9 month operations revenue rising by 24%.

Taking a lead in the growth story is the front-running tyre manufacturer, JK Tyre with its 5.75 lakh MT annual capacity. Amidst global uncertainties due to the pandemic or beyond, it recorded the highest ever quarterly sales in Q3FY22. It surpassed Rs. 3,000 crore mark for the first time, registering a 11% growth, in a situation where the overall industry grew at ~2-3% during the same period. The cost expense saw a decline of 12% in 9MFY22 to Rs. 318 crore on year-on-year basis.

Recording the highest ever exports of Rs. 484 crore for Q3FY22, the company has taken the total export to Rs. 1,414 crore during the period. It has also been focusing strongly on capacity utilisation. Both the parent company and its subsidiary Cavendish Industries have recorded a capacity utilization of ~89% and ~82% for Q3FY22, respectively. It has been experiencing capacity utilisation at ~90% amid improvement in demand prospects.

With regards to competition assessment, while the gross margin of tyre manufacturers on sequential basis declined by 250-300 bps, JK Tyre’s gross margin declined 20 bps on account of costing efficiencies. The Company is trading at a price to book of 0.97x which is at a significant discount to its peers. With a 12.76% Return on Equity, which is higher than its peers Apollo tyres (3.27%) and MRF (9.96%), In FY21, the company’s TTM P/E ratio is approximately 7.37 times while the sector P/E is at approximately 20.56 times, which shows that it is undervalued.

JK Tyre is also making a conscious effort to deleverage its balance sheet. It remains committed to reduce its long-term borrowing by 45%, which is approximately Rs. 1,400 crore in coming three years. With regards to the expansion plans that are specific to the company, it is planning a CAPEX of approximately Rs. 540 crore in next 12 to 18 months. Approximately Rs. 200 crore from this CAPEX fund will be utilized for debottlenecking the capacity in PCR segment (passenger car radial), around Rs. 240 crore for expansion in TBR space (truck/bus radial) and approximately Rs. 100 crore for maintenance capex.

It aims to realize incremental revenue potential of approximately Rs. 900-1,000 crore. The expansion of such scale will help the company enhance its capacity by 3.42 lakhs tyres/ annum in TBR segment, taking to total capacity to 4 million (overall capacity: 32 million). Post CAPEX, at 100% capacity utilisation, the company can reach to about Rs. 15,000 crore in terms of revenues.

The company has positioned itself not only as an unmatched player in the tyre industry, but also as a mega initiative driver towards sustainability with its “Green tyre” technology. It is amongst the top 3 companies in the lowest energy consumption category. Its robust fundamentals, clear vision, and strong expansion plans will ensure the company dominates the sector and outperforms all competition over the next decade.

The Benefits of Artificial Intelligence for your Business
What’s Your Value in 2023?
Transforming the Executive Search Industry & Making an Impact
Bring the Zing – 5 Keys to Powerful Presentations, Briefings, and Meetings
How 5G is Shaping the Future of Customer Experience
Leveraging the Potential of Clean Energy Alternatives for Industries
CONTACT US