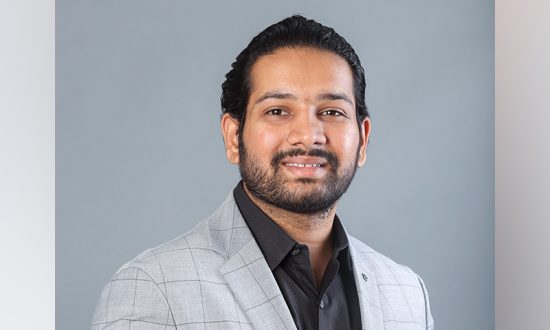 Vedant Goel is a serial entrepreneur who started his entrepreneurial voyage at the age of 16. Since 2019, he is heading one of the renowned Iron and Steel infrastructure product supplier companies, Neo Mega Steel LLP, as a Managing Director. Vedant holds expertise in various segments like Operations Management, Retail Management, Market Research and Entrepreneurial Solutions. Vedant Goel also works closely to enhance the OEM (Original Equipment Manufacturer) in India.

If there’s anything which forms the chassis, the spine on which an economy grows, it is iron, and to a larger extent its by-product, steel. In practically every aspect which makes life worthwhile these days, there is an element of steel, be it homes, offices, factories, roads or bridges. From spacecraft high up above the earth to deep-sea exploration ships and normal vessels, everything calls for its pound of steel. That being the extent of use of iron and steel, it’s but natural that any change in either supply or demand for the metal is bound to have a direct bearing on inflation and prices of everything worthwhile in an economy.

To understand the correlation between world events, the price of steel and inflation, we need to see what goes on in the world. There is a war in the offing between Europe and Russia which is likely to be a long-drawn one. Till the time it lasts, and as a consequence, the demand for steel shall increase as a consequence of the mutually assured destruction on both sides. While it is good for Indian companies making steel, it could result in heavy diversion leading to overall inflation in prices within the country due to the consequent shortage. The government’s levying taxes on certain kinds of ferrous exports (on long products up to 15%) is bound to cool-off movements outside and could stem inflation to an extent. That said, this step could affect forex earnings.

The war in Europe has brought about a positive development for India! Russia is forced to sell crude oil at reduced prices with some sources pointing to a reduction of 4-5%. Overall, this is a positive development as crude-oil forms a part of steel-making and does affect the latter’s pricing. It also affects bunker-oil prices which affect the international movement of cargoes, including coal, which we discuss later.

Turning our attention to India, we see that the present government is going with guns blazing into the arena of infrastructure development. India’s creaking road, rail and air infrastructure are getting the makeover that it needed decades back with the whole country being crisscrossed with roads, rail lines, high-speed lines, world-class airports and bigger projects related to infrastructure, including ever-larger warehouses, plants and factories, office and commercial complexes, and as a consequence home, educational places, places catering to essentials, and the likes. With a purported increase that hovers around 10%, the trend continues of healthy demand, a good sign for the industry and the economy overall.

Some may see the almost doubling of steel prices in the last couple of years as a sign of inflation and something to be concerned about leading to constant and sustained inflation. In reality, this could be far from true. It happened essentially as a form of correction to address a mismatch that took place when demand suddenly arose during the waning phase of the pandemic with most steel-producing units either shut or working at very low capacities. Every kilogram of steel that was produced then was worth more than gold! With capacities cranking up substantially, and competition to swelling, there’s just no reason for high prices to remain sustainable for long.

What can bring tears to the industry and as a result to the whole economy is power i.e., electricity which is derived from coal. India’s existing coal supply remains woefully short of what the industry and the power sector needs at the moment. That, and the presence of lignite coal makes it imperative that we depend upon the likes of Australia to bridge our needs to run our power plants, and consequently steel-producing units. And India isn’t the only country that’s deficient in coal supplies. China and Indonesia too face the same problem. With demand far outstripping supply, it’s a seller’s market where prices are fixed according to the latter’s whims and fancies. Steep price rise is the norm, and from the looks of it may remain that way for quite some time. That, and the ever-fluctuating prices of diesel that powers ships that bring coal to India, and you get an idea of the magnitude of the problem. While some of the increased cost of power could be absorbed by the heightened demand, the rest may result in inflating the prices of steel. With steel being used in practically everything in life directly or indirectly, yes, to an extent, steel could lead to sustained inflation in India.

What could offset the increased prices of steel is an increased economic activity arising out of the government’s heavy investment in infrastructure, and growing economic activity brought about by latent demand and demographics. High-speed passenger trains, high-capacity goods trains, more movements on the road, and bigger and fuller warehouses point toward a growing economy with higher employment, a state that may be able to absorb higher steel prices with higher and sustained productivity. The latter isn’t exactly impossible in the normal order. But India being India with its unique set of issues at every step, not even God can rightly predict the exact extent of inflation in the event of an increase in the cost of iron and steel.

The Benefits of Artificial Intelligence for your Business
What’s Your Value in 2023?
Transforming the Executive Search Industry & Making an Impact
Bring the Zing – 5 Keys to Powerful Presentations, Briefings, and Meetings
Digital Healthcare or Virtual Clinics are the Future of Healthcare
How Technology is Helping to Address the Inefficiencies in the Home Loan Ecosystem
CONTACT US