Home /LEADERS' INSIGHTS/Technologies that will Transform the Wire & Cable Industry

Technologies that will Transform the Wire & Cable Industry 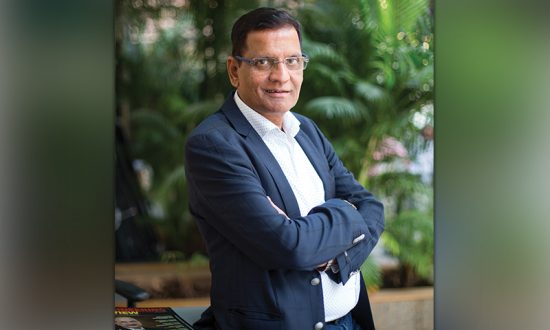 Shreegopal Kabra, a business leader, philanthropist & global entrepreneur often recognized as a trend setter in the industry is the Managing Director and President of RR Global, a 850 Million USD diversified group of industries focusing mainly on infrastructure & electrical solutions spread across 85 countries globally. Besides taking his business to greater heights and building a Global Brand, Mr Kabra serves as the Chairman of the International Copper Association (Wire & Cable Division), Executive Council Member of SAARC Chamber of Commerce, associating at the highest capacity with IEEMA as its Past President as well as shouldering the responsibility as the Former Chairman of Winding Wire Manufacturers Association for fourteen years. Over the years, Mr Kabra’s success has been highlighted by a number of awards, recognitions and felicitations by various bodies and groups from across the world. With a successful empire behind him, Mr Kabra now wants to focus his energy in ensuring electrical equipment, particularly wires and cables are manufactured with the highest quality, and that policies are in place to ensure that only such products are purchased and used which in turn will ensure safety and security of the end user.

Wire & Cable manufacturing is a part of the core industry for several decades now. Along the way there have been many process innovations leading to improved efficiency of operations related to the manufacture of the products.  These have resulted in incremental changes but without any major disruptive transformation.

The normal conductor (Aluminium or Copper) has evolved from a solid to multistrand while the basic conductivity principles remain unchanged. This has brought out practical aspects in better handling of the finished product .

Looking into the future, in near term , one can expect this trend of fine tuning of conventional manufacturing practices to continue resulting in higher productivity.

We can expect AI and BOTS to play a larger role in the areas of Packaging , Coiling & Logistics. These operations are still manpower intensive and we should expect a transformation of the shopfloor space with higher levels of automation. These are logical extensions of the changes happening across manufacturing sector in any field.

There will be intense activities towards reducing the Carbon footprint and exploring avenues leading  towards zero emissions where ever possible.

Another critical factor that needs to be looked are alternates to Copper as a conductor. Environmentalists have estimated that the Copper concentrates available for mining may last another 25 years , optimistic estimate ( based on current levels of per capita consumption ). But the  need for electrical power is multiplying every year and there is a serious need for us to look at how increased need of transmission of power can  to be catered to.

We are looking at renewable source of energy in a big way with Wind &  Solar and now with the Hydrogen initiatives . These are unlimited sources but after generation , they need to be transmitted and distributed . So the need for a  conductor or a better one  will always exist.

This bring us to the subject of  that technology which can be life changing.

There is one field which has been the subject of intense discussion and research at the lab levels in leading institutions globally for decades now.  We can trace this back to over a century to 1893 to Nikola Tesla proposed the   wireless transmission of electric power. This concept has been incubated for more than a century with many leading scientists, innovators trying to commercialise this  break through.

Nikola Tesla had built the Wardenclyffe tower which was supposed to broadcast power wirelessly using far field techniques. But had to call it off due to health, safety, power theft  and radiation issues in those times .

The concept was tested at various intervals and recently in 2007 , a group of researchers at MIT were able to demonstrate this successfully albeit in a small way  at their lab.  The results seem to be encouraging.

While the work on this is ongoing, I would like to focus on what impact this technology could have on the Cable & Wireless industry.

From an application perspective, this wireless electricity ( called WiTricity by some ) has huge ramifications to the Wire & Cable industry. When this WiTricity turns commercially viable , then this could be disruptive technology at its best .

( It would be of interest to note that Li-fi technology ( telecom signals over light source ) is also taking shape and is being piloted in many parts of the world , including India. )

WiTricity  can find application in a wide array of uses ,starting with low voltage applications ( over short to mid ranges )  like :

This can extend to industrial applications also and also help in connecting remote parts of the globe hitherto not connected to the electrical grid.

However, current development levels does not support wireless transmission of power over long range but I do believe that this can happen anytime in the near future paving the way for quicker adoption and opening up numerous avenues  to scale up.

I certainly believe that we are truly on our way to be wired , wirelessly.

The Benefits of Artificial Intelligence for your Business
What’s Your Value in 2023?
Transforming the Executive Search Industry & Making an Impact
Bring the Zing – 5 Keys to Powerful Presentations, Briefings, and Meetings
Market Size and Growth Expected in 2022
Automated Car Parking Systems: The Eco-friendly Option in Urban Cities
CONTACT US