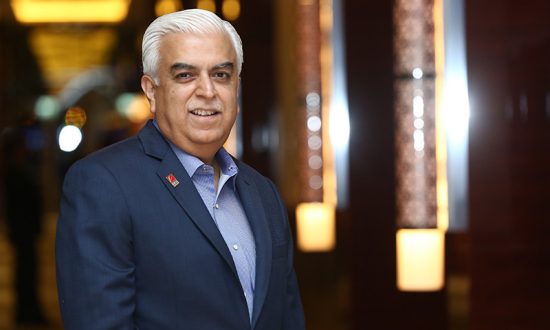 There are two ways that a morning can start in every home. The first way is to stimulate a World War III scenario. Everyone is running around, snapping at each other. Everyone delegates work to whoever is around or within earshot, and then the phone rings and everyone is hoping someone else will pick it up. Just then, the doorbell rings, and everyone gets busy as though they did not hear the bell. The school or office transport has arrived, the tote bag is not shutting properly, shoe laces have to be tied after getting into the transport.

The other way is, knowing how much time the daily morning routine takes, and waking up fifteen minutes earlier than that allotted time.

There are two ways of reaching the airport to catch a flight. Since the world is becoming more and more a global village, chances are that a lot of us would belong to the category of those who fly fairly frequently.

Getting stressed because of the slow pace of traffic movement, getting hassled because of too many red signals, yelling at the driver, thinking of jumping signals, repeatedly looking at the time while rushing to the airport. In every possible queue, starting from baggage screening, to check-in, to security check, either grumbling or trying to jump the queue, breaking out into a sweat, jogging the last few metres, with the strolley bag hitting a few on the way, and then finally making it to the flight.

The second way is to work the routine backwards, and leave for the airport 15 minutes earlier than the defined time.

There are two ways of driving to a destination. Leaving at the last minute, jacket in one hand, sling bag (partially open, with a few belongings still jutting out), wallet in one hand, dropping the car keys, forgetting the barrier card to the garage, realizing that the mobile is on low charge, and then racing out with tyres squealing, just missing the kerbside by a few millimeters, throwing hands up in the air in exasperation each time there is a build up of traffic. Imagine doing that several days in a week, for months and years.

The second way is to work the routine backwards, and leave for our destination 15 minutes earlier than the allotted time it would take to get there.

Most of us have a morning routine or a day routine which we follow. Try changing the sequence of the same routine. For instance, first thing, try finishing all morning exercise, walk, shave, shower and other activities. Try reading the paper after checking in at the airport or reaching the office. The news has already been printed. And enough and more is available and being consumed on the go via our device apps. Try having the second cup of tea or coffee once at the end destination.

Urgency is the most dangerous of all addictions. It can actually force most of us to take wrong or hasty calls. Urgency leads us to believe that the situation is at fault, and not us. Urgency forces us to act in ways we would rather not. Urgency actually ends up creating an atmosphere in which most of us tend to justify bad behavior. Imagine, one actually gets to see people getting into this kind of crazy urgency syndrome while even heading for a meditation session. Urgency ultimately becomes a kind of addiction.  How often does one get to see people who delay or procrastinate on timelines, on decisions, get caught up in reading some juicy news item for extra time, just to finally end up with the high of the urgency addiction.

“The 15 minute early syndrome” seems foolish to many who have formed the habit of sleeping late, and then wish to justify getting that extra sleep in the morning. But this 15 minute syndrome is the biggest antidote, stress buster to the present day neurosis. 15 minutes early is probably the greatest medicine for a lot of stress-related issues in today’s world. 15 minutes early ensures that we are not getting into any appointment with a sense of additional crisis.

15 minutes early means that our heart can probably slow down by several counts, so that one can make a better attempt to live healthy, live well.

There is always a category of individuals who have made it in life. Who believe that it is okay to eat into someone else’s time by keeping them waiting. Yet, the best respect that we can give to each other is to respect one another’s time. Because money lost could be possibly gained. But not our time. Definitely not someone else’s time. Yet, due to various extraneous factors, its not possible to follow this practice with 100 percent dedication

If this practice is followed with eighty percent dedication, then the other twenty percent times that delays may happen can be explained away.

The Unseen Problem for Business Leaders that cannot be Ignored
How Luxury eCommerce Giants are Roping in Premium Brand
Sustainable Blockchain: The Future of Sustainable Ecosystem
Developments in Energy Solutions and Energy Storage in India
Making the Skills Simple and Applicable
Urgent Travel Plans During COVID? 5 Things to Do While Booking Your Train Travel Tickets
CONTACT US