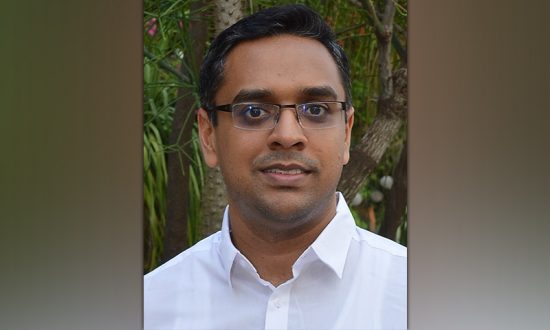 Siddharth Ladsariya is a successful entrepreneur, philanthropist, angel investor and an enthusiastic mentor. He has been actively investing since 2008 and has invested in over 150 start-ups till date. Siddharth is the Founding Volunteer of Young Volunteers Organisation (YVO), an Indian non-profit organisation that started in 2015. YVO is an organisation that acts as a facilitator between young working professionals and thoroughly researched NGOs, and aims to empower the underprivileged sections of Indian society. Siddharth also founded Everest Fleet Pvt. Ltd., a fleet management company in October 2016, which is now one of the leading players in the fleet market, with a fleet of 800+ cars, operating in Mumbai, Bengaluru and Delhi and, is a trusted partner of UBER.

“The best way to find yourself is to lose yourself in the service of others.” ~ Mahatma Gandhi

Giving is an art because it creates an abundance of joy for the giver even though he or she has no expectation of receiving anything in return. It also ends up creating contentment and happiness for the receiver, as true giving comes from heart and soul, creating a deep connection between the two. And I feel it is important to nurture this connection early, specifically among the youth.

During my years as a student abroad, I was extremely inspired by the youth there who were very motivated towards giving back to their community through outreach programs and community initiatives. I always assumed this characteristic of selflessness was lacking in the youth in India, having never encountered the same here. But I was mistaken. I soon realized that the sentiment and the inclination to help the needy existed – what was lacking was the financial bandwidth, as well as trust associated with NGOs. In order to address this challenge, and to enable young professionals to research noteworthy causes, we need to create a bridge between the donors and the NGOs that is completely transparent about the impact created.

As per UNICEF’s research paper on social entrepreneurship and youth, “children and young people have a vision for themselves in this world. They have a role to play in their own development as well as the development of their communities. That role is much more than just ‘a voice’. Philanthropy has a crucial role to play in a country where its people’s development is not exactly in line with its economic and financial profile, and if we encourage a feeling of giving back to the community among the youth, it is sure to create a strong foundation in the years to come.

Indians are not new to the concept of donations or ‘daan’, and philanthropy continues to be deeply ingrained in the country’s customs and traditions. Last year, philanthropy in India grew rapidly, despite the pandemic, with private-sector funding totalling about INR 64,000 crore—close to 23% more than in fiscal year 2019 (~INR 52,000 crore). However, despite this growth in funding, the social sector remains underserved. Compared with other BRICS countries, India underspends on the social sector—reflected in its relatively poor ranking (117th) on the Sustainable Development Report. Historically, India has a structural spending gap of about 5% to 6% of GDP, relative to BRICS. Given this gap and the pandemic-induced setback to the social sector, India will continue to face a significant annual funding deficit in the near term.

But there is hope. We are a country with a vast population and greater needs. Instead of only relying on the government, we need to create an infectious culture of giving among the current and future generations, and help them define the road map of their philanthropic journey.

Addressing the gap by empowering the youth

Building capacity and creating sustained partnerships with youth are crucial strategies to contributing to community development and achieving the Millennium as well as Gen Z Development Goals. Imparting social entrepreneurship skills amongst youth can play a significant role in holistic development of young people while also allowing them to contribute to the development of their own communities.

By effectively engaging existing volunteers and mobilising new ones in coordinated action to engage with communities that are often difficult to reach, India can plug some of the gaps between policy and implementation. One example where the impact of this was seen recently, is in YVO’s COVID-relief fund, which was initiated to raise money for families impacted by the pandemic. The initiative succeeded in raising upward of INR 1 crore to support orphaned kids and families impacted by Covid-19.

I believe giving is living and the earlier we learn the art of giving, the better we can learn the art of living. Giving doesn’t have to be about only money or tangible things. It is about the intent to help someone and, in the process, derive satisfaction and joy. Sharing a smile, offering moral or financial support, volunteering, caring for each other, being compassionate towards animals – all of these are all forms of giving. Our ancestors and grandparents always told us – “No act of giving is small”.  Even though something may appear insignificant, every small act can create a big impact. I urge all of us to start our journey of giving today, and make a difference to someone’s life.

Why Do I Still Rely on Talented Individuals Rather Than ChatGPT?
The Benefits of Artificial Intelligence for your Business
What’s Your Value in 2023?
Transforming the Executive Search Industry & Making an Impact
The Emergence of Online Fitness Space after Lockdown
Tips to Help Reduce Return to Office Anxiety
CONTACT US