The Boom of Digital Ventures in India 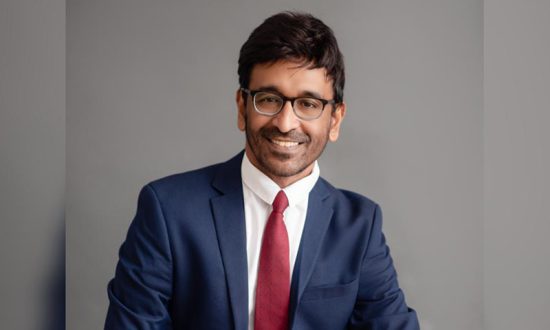 Gautam is the author of the book Monetising Innovation (Bloomsbury). He is a Postgraduate from Oxford (Distinction). Professionally, he is a Director of an eCommerce Set-up, Former Vice President, Vodafone.

Recently, I had a chance to glance over a Netflix blockbuster Squid Game. In one of the jaw-dropping scenes, the participants were asked to move when a spooky-looking doll shouts Green Light and stop when it bellows the words Red Light. Probably, this much-talked scene from the show epitomizes the enormity and significance of the digital tsunami engulfing the world today – move the digital way or perish!

The swift impact of the digital economy is impacting countries, corporate and individual alike in a way never seen before. In the jigsaw of digital economy, each of these entities has a definite role to play which is emerging every day without any proven template to refer to. One can look at a few corroborating indicators that define the new digital age.

It is undeniable that digital economy has emerged as the core component of global growth making it imperative for every country to work extensively to develop an efficient digital ecosystem. Another compelling factor for any country or business to invest resources in digital initiatives is the lucrative ROI (Return on Investment) which is 6.7 times higher than it is on a non-digital asset.

Catalysts of the Indian Digital Boom

There was a recent tweet shared by Indian Finance Minister, Nirmala Sitharaman, which seems to epitomize the depth and expanse of Digital revolution in India. In this 30 sec video, a person is seen scanning a QR code attached to the head of an ox to donate some money. This innovative exercise was done by a member of Gangireddulavallu,  a tribe in AP which dressed up an old ox with a QR code attached to the forehead for people to donate.

The world has been looking at the digital revolution in India spreading deep and wide in a breathtaking speed. Behind this revolution are a few fundamentals consciously nurtured by the government and corporates which are fuelling the digital surge in India in an unprecedented manner.

The First one is government policy. The digital India initiative launched by the government in 2015 created the launchpad for a digital revolution. The digital policy encompassed three objectives– Establish a secure and stable Digital infrastructure, Deliver Digital services, Ensure that every citizen has access to internet.

The second one is creation of the infrastructure. Owing to the disruptive telecom revolution in the last decade, the country has witnessed a resurgence in terms of creation and usage of digital channels and resulting penetration deep and wide. According to a recent report, compared to 2014, the data usage in India has multiplied 43 times, and at the same time cost plummeted by 96%.

Last but not the least are the Digital Platforms. Promoting the use of the Digital platforms like UPI, Cowin and Digilocker has accelerated both the usage and penetration of Digital assets across geography and economic classes. For instance, according to Industry data, in the financial year 2022, UPI has completed 46 billion transactions amounting to over Rs 84 trillion.

With reference to various industry reports, these eye-popping indicators define the texture of the digital boom India:

The digital story of India which is ‘affordable, inclusive and transformative’ (Min of EIT) is predicated on these fundamentals being built with a purpose.

The next part of the growth curve is being crafted by the new-age Digital ventures.

A quick browse of the start-up action plan launched by Govt. of India in January 2016 reveals the components envisaged to create a start-up culture in India in the years to come. The report elaborates on the detailed architecture for Simplification and Handholding, Funding Support and Incentives and Industry-Academia Partnership and Incubation.

While only a part of the path has been traversed today, the result is starkly evident for everyone to see.

India can now boast of the third highest start-up ecosystem in the world. As of March, 2022, there are more than 65000 start-ups (and increasing) in India phenomenally increased from a meagre 726 in 2016-17. A few of the sectors which have seen significant growth and funding are (EY) – Edtech, Fintech, Agritech, Hyperlocal solution as well as Gaming.

The Story of booming digital ventures in India is topped up by the hypergrowth of Unicorns in the country. India is currently home to 100 Unicorns with combined valuations of $332 Bn which is third after the US and China.

According to an EY study, funding is another enviable story. Consumer Internet and ECommerce companies accounted for a fundraise to the tune of $38 Billion in 2021, a steep jump from $8 Billion in 2020. The share of tech investments has increased to 13% from 5% in the same period. This amounts to a whopping year-on-year growth of 370%.

Future Outlook – The Road Ahead

Many naysayers tempt to foretell a bumpy ride for the Indian digital ventures in near future due to factors such as socio-cultural dissonance, wrong judgement of the customers and market, regulatory issues, undue top line focus etc.

However, a recent release by govt. of India  summarizes that the value of the Indian economy will touch a mind-boggling figure of $ 1 trillion by 2025 opening up a vista of opportunities. More than half of this is expected to be contributed by the Digital Ecosystem comprising sectors like healthcare, financial services, logistics etc.

Yes… the new dawn in India has already arrived in digital form.

Technologies for Cardiovascular Disease: A 2023 Appraisal
Seeing Strategically
10 Recommendations On How To Negotiate Outsourcing IT Contracts
Shopping in the Age of ChatGPT: How the New AI Rage is Revolutionizing Retail Experiences and Consumer Goods Manufacturing
How AI Will Assist Businesses with Their Core Values and How Leaders can Develop Skills for New Digital Platforms
The Power of a Human-Centric Approach in Sales and Sales Enablement
CONTACT US