The Changing Scenario of Retail in India 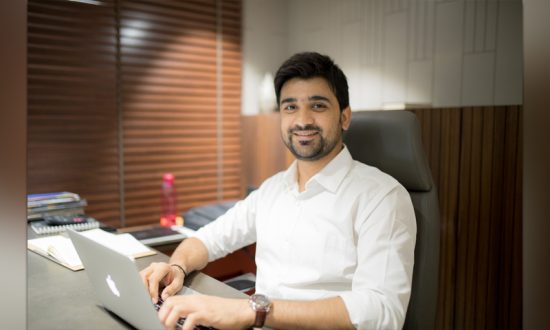 Sanjay Desai is a director at True Colors group and Fabcurate Private Limited with expertise in sales, marketing, and technology. Through strategic foresight, determination, planning, and drive he built a company that caters to hundreds of people. In 2013, he launched the company true colors group intending to serve India with the taste of digital print. His mission was to bring technology and serve people with a new type of printing. Being born and brought up in Surat, the textile hub of India, he always had an interest in textile, Therefore, he decided to use digital print technology for the textile industry.
Being an engineer, he had tremendous experience in the world of machines, so he combined his knowledge, experience, and interest. Born 1989, this young mind has worked hard and has set up a huge reputed company in such a short span of time.

With the rise of Covid-19, we’ve seen the downfall and implosion of retail all over the world, as well as sharp drops in sales for some of the biggest retail behemoths. It’s also safe to say that some markets have been hit harder than others by the global retail crisis, but the industry as a whole has suffered – perhaps its worst setback in a long time.

We’ve seen the collapse and meltdown of retail all over the world, as well as dramatic declines in revenue for some of the biggest retail beasts, thanks to the emergence of Covid-19. It’s also fair to say that the global retail crisis has hit some countries harder than others, but the industry as a whole has suffered – perhaps its worst loss in a long time.

The growth of retail companies in India is most pronounced in India’s metro cities, but smaller towns are not far behind. The South Indian region has followed the practice of shopping for everyday necessities in supermarkets, and this has had an effect on other towns, where many hypermarkets are springing up. Let’s take a look at some of the significant changes that will occur in Indian retail in the coming months and years.

The fight has moved from pricing to customer service now that many companies have lost the experiential nature of their offerings. Consider a segment like two-wheeler servicing or home salon visits: for the same price, you could go to a crowded repair facility or an unhygienic salon, or you could get a home service.

Re-Commerce Is Taking Off

A Supply Chain of a Wide Range of Products

When Covid-19 hit the planet, countries were forced to go into lockdown, halting production and foreign trade. Many huge retail empires’ supply chains were affected, including clothing, sports, electronics, and cars, to name a few. Many retailers are now attempting to reduce their reliance on foreign supply chains and begin exploring more local/domestic supply chains in order to protect themselves from similar situations in the near future. Many governments have pledged incentives and financial assistance to many businesses in order to help them develop domestic manufacturing capabilities.

Businesses are getting wiser and realizing that their short and long-term business priorities must be adjusted. Whereas some brands were eyeing more outlets, regional growth, and large advertising budgets, the focus has now shifted to long-term strategic decisions like automation, postponed expansion plans, store closure, and a greater emphasis on online/digital.

People have been forced to resort to online purchases for needs ranging from daily necessities to drugs, food, and grocery due to social distancing norms in play and severe restrictions on public transportation modes. With the level of pollution in India at an all-time high, many people have started to use digital payment methods.

Technologies for Cardiovascular Disease: A 2023 Appraisal
Seeing Strategically
10 Recommendations On How To Negotiate Outsourcing IT Contracts
Shopping in the Age of ChatGPT: How the New AI Rage is Revolutionizing Retail Experiences and Consumer Goods Manufacturing
Importance of EdTech Platforms to Create More Depth in Students’ Learning
How to Measure Performance in a Hybrid Work Environment
CONTACT US