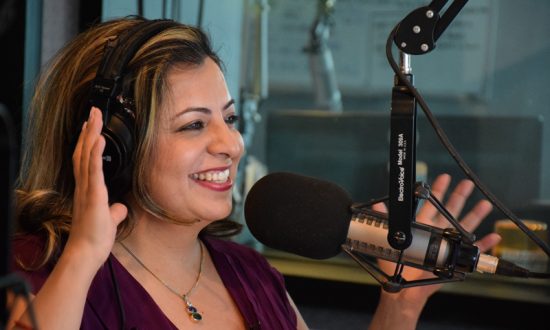 Devina Kaur is a single mother who is a creative entrepreneur, author, researcher, inspirational speaker, radio host & producer of the Brilliantly Sexy show with Devina Kaur and founder of the Sexy Brilliant™ Global Revolution. She is a published author of Too Fat Too Loud Too Ambitious as well as the creator of The Sexy Brilliant™ Academy.

With the advancement in technology and generation of online streaming and high-speed internet, radio is perhaps becoming lost on the way. On the heels of experiencing such a disruptive year, radio finds itself in unfamiliar territory. Streaming audio and video content have become rife. With the rise in the adoption of technology platforms such as Facebook, YouTube, and Podcasts, users have more choices on where and what they choose to tune into for their favourite type of programming from anywhere in the world. Earlier the radio was just an audio medium where you imagine the radio jockey just with a voice. Things have changed, we have advanced far beyond simply receiving audio. Now, you can see the face of your favourite voice, know more about them on social media and connect with a click of a button as well as send DMs, participate in lives, and create polls, etc.

There seems to be a general opinion that radio is dying and new developments need to be created in order to avoid it becoming near-extinct anytime soon. However, radio has always been an important factor in the lives of people worldwide, especially those who live on their own or in a rural location. A radio offered the option for entertainment, news, and local announcements. More recently, many popular podcasts have completely taken over radio stations making them obsolete, but there are other niches that could possibly be filled by some major changes coming to this industry. The internet has changed the way listeners consume content. Instead of tuning into their favourite radio shows, listeners are more likely to stream their favourite shows. Streaming services have been growing steadily and the radio industry is still trying to figure out how to make money from them. Therefore radio has to evolve to keep up with the times.

How has the Radio Industry changed?
Before, the radio was an audio means of entertainment. Referring to the ’80s and even ’90s, it was a source of entertainment. The radio played a vital role at the time of independence. Now, it has evolved and updated. Now, people can listen to their favourite radio jockey online. Yes, the radio industry has definitely changed. Now you don’t need to carry a big box. All you need is your smartphone and an internet connection. Now you don’t have to wait to listen to your favourite show. You can tune in anytime online.

Story-telling brings the magic in radio

The key to great radio is to tell a story; to tell it in a way that is compelling and easy to follow. It’s about being able to capture the listener’s attention at the beginning, hold it for the duration of the piece, and then leave them wanting more. Story-telling is a key part of what I do. I’m a storyteller. It’s a skill that I’ve learned and developed over the years and the more I do it the more I get better at it. Radio is one of the most personal mediums because it’s all about connecting with your audience. When you hear a story, you’re immediately put in the shoes of the person telling that story. You are able to connect with the characters in the story, you can empathize with them, and you can feel their emotions. When I’m on the radio, I treat it like a conversation and not like a broadcast. I’m listening to the questions and the callers and I’m responding in a way that sounds like I’m having a real-time conversation with them. Radio is one the oldest forms of modern time connection, so even when the internet goes down, the radio communication channel will stay open. It’s a good way to get in touch with your listeners.

Technologies for Cardiovascular Disease: A 2023 Appraisal
Seeing Strategically
10 Recommendations On How To Negotiate Outsourcing IT Contracts
Shopping in the Age of ChatGPT: How the New AI Rage is Revolutionizing Retail Experiences and Consumer Goods Manufacturing
COVID-19 upscales industries from Automation to Autonomy
How Cloud-Based Patient Monitoring Helps Achieve Optimal Healthcare Outcome
CONTACT US