Home /LEADERS' INSIGHTS/The Future Is Here: Can We Have A Carbon Credit Stock Exchange?

The Future Is Here: Can We Have A Carbon Credit Stock Exchange? 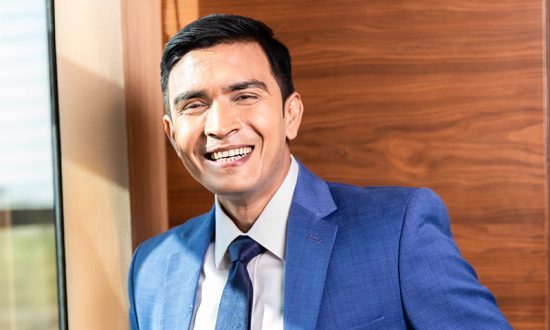 Shailendra Singh Rao has been a serial entrepreneur and investor since his college days. His previous start-ups range from renewable energy consulting (Envarrior Consulting Services) to on-demand hyperlocal laundry services. Both of them gained large traction post which Envarrior was merged with Creduce and Laundrynow was sold to an investor. Shailendra is armed with an MBA – MIn marketing Human Resource & Information Technology from the Indian Institute of Planning and Management.

The global average atmospheric carbon dioxide is setting a new high and peaks at 420 parts per million. The planet’s average surface temperature has risen about 2°F(1°C) due to excessive emission of greenhouse gases into the atmosphere. According to a report released by IPCC, the average global temperatures will rise by 2.1–3.5°C and the Global warming limit of 1.5°C may be breached by 2040. A large number of organizations, cities and even countries are talking about becoming carbon neutral and carbon offsetting.

Basic emissions trading, aka cap and trade, is a controversial method to reduce greenhouse gas emissions. Governments cap the number of carbon-based gases that a company may emit. If the company falls below the cap, it earns credits which it can further sell to firms that exceed the cap. The theory is quite simple, as the caps will get smaller, the earth will become healthier. In developed countries, the organizations are required to meet the carbon emission target set by their respective governments. And if they fail to meet their emission targets, they can have a choice of purchasing the carbon credits from the market which is known as carbon trading.

In the past, India did not have a good experience with carbon offsets. The Clean Development Mechanism is an excellent mechanism to enable countries with greenhouse gas emission reduction commitments. Indian entities can set up CDM projects which reduce GHG emissions and thereby generate CERs which can be sold to developing and least developed countries and used by the latter to meet their binding emission reductions.

The carbon market is divided into two parts-that are compliance-driven and the other being the voluntary market. The more dominant and lucrative compliance market only accepts carbon credits under the Clean Development Mechanism program, while there are various regional non-UN administered voluntary programs worldwide.

Carbon markets are an important tool to reach global climate goals. They have the potential to mobilize resources and reduce costs to give companies the support to achieve the goal of net-zero emissions in the most effective way possible. “All countries need credible mid-term goals and plans that are aligned with this objective”, Secretary-General António Guterres said, “To achieve net-zero emissions by 2050, we need an urgent transition from fossil fuels to renewable energy”.

A massive shift away from fossil fuels to renewable sources of energy is required to achieve sustainable development and climate goals. India is one of the fastest-growing carbon trading markets in the world and is expected to gain at least US$ 5 billion to US$ 10 billion from carbon trading. Climate change is bringing multiple hazards such as droughts, and heat waves which have negative consequences on all areas of life, especially agriculture, and heat-related mortality. Some of the brilliant carbon trading initiatives from which the Indian entities can draw inspiration are Jindal Vijaynagar Steel, Powerguda in Andhra Pradesh, and Handia Forest in Madhya Pradesh.

While addressing the G7 Summit, the Indian Prime Minister shared that India accounts for only 5% of global carbon emissions and India has adopted the approach of “one world, one health”. India has achieved the target of generating 40% of energy from non-fossil sources. We can have a proper carbon trading policy on the market to establish a proper policy framework to allow trading on the market for certified emission reductions (CERs) and carbon credit.

Business Planning Solutions for the Longevity of SMBs
How Ready to Cook Food Sector is Easing Out the Job of Hotel and Restaurant Industry
From Property Sellers to Tech Players – The Transformation of Real Estate!
Digital Lending: Steps to Keep in Mind While Taking Personal Loans Online
Why Does Marketing Execution Matter In The Startup Industry?
How Startups Are Transforming The Baby Care Landscape In India
CONTACT US