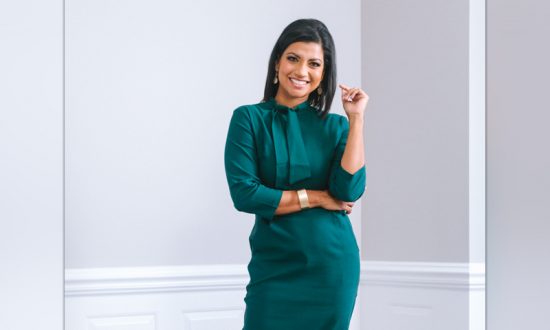 Vrinda has always been passionate about mentorship and the power of human connection. She began this journey with ChekMarc because she believed (and continues to believe) wholeheartedly in the need for a platform that unites people in the simplest, purest of ways. Vrinda is an academic and believes that one never really stops learning.

We live in an era where socializing online happens every day and communication has become instant. With new online channels, including social media, networking platforms, and much more this type of interaction has been adopted relatively quickly; however, in many cases this fast uptick has led to some safety and security concerns.

The usage of social media has been growing significantly in recent years, especially as many were forced into isolation due to the COVID-19 pandemic. As reported by Hellosoda, the beginning of 2021 recorded that there were 4.2 billion active social media users at the global level (more than half of the global population) with the average social media user owning an account on 8.3 different social media platforms. As per Data Reportal, 490 million people started to use social media globally as recorded during January 2021. This equates to an annual growth of more than 13% with 15 ½ new users being a part of the social media every second on an average. This further depicts that 9 in 10 internet users use social media and that communications via social platforms have been witnessing a remarkable growth.

This growth in social media usage has rapidly increased the amount of negativity that people see and experience online. Now when people log on to social media, they often see negative interactions, bullying, and so much more, which is why identity verification is just one of the many small changes that can make online communication positive again.

Relevance of identity verification in the social space

Along with the ease of sharing content and the plethora of engaging posts, the negativity experienced by those online also has increased. People of any age group, gender, social background, mindset, stature often face abuse and harassment in the online space. The absence of identity verification gives “trolls” the liberty to say whatever they want knowing that they won’t be tracked and hence there will be no consequences for their actions. This is where identity verification steps in as the ideal solution and helps in battling online negativity.

Verification of identity enforces positivity in the social space as the members are relieved that they are interacting with genuine fellow beings. They have the satisfaction that the community is a safe and secure zone and that the conversations happening are real and the connections are genuine. This is important because no one will be able to ‘hide behind a screen’ which can hopefully cutdown the anonymous bullying that goes on online.

Conducting a verification process is thus an important way to earn back the trust of the members of the community.

On the whole, it is important because-

By verifying the identity of community members, platforms can be built on the foundation of commitment, while also helping generate a sense of trust, responsibility and unity within the community. It helps reduce uncertainty and eliminates the risk of false information floating in the community thereby building the trust of the members on their fellow members and on the community as well.

Identity verification also has an impact on the way the community functions and its environment. It helps keep the members responsible for their actions, by reducing the chances of online bullying, harassment, and negativity.

In the absence of identity verification, as we have seen with many online forums, there can be a major shift in members’ behavior as people feel more comfortable hidden behind a username and screen. It allows for negativity, which has no place in online communication, especially when there is so much good that online platforms could achieve. Online platforms have the potential to unite people and connect people with information and ideas that they would not normally have access to. This is why it is more important than ever before to preserve this connection and foster trust online.

Because online communication has become significantly more popular, it has led to online negativity, when in reality, social interactions online can and should be positive and extremely rewarding. By connecting people to each other around the world, a community of trust and helpfulness can be built, ultimately fostering a force for good. However, safeguards must be in place to preserve the wholesomeness, safety, and security of this connection.

Identity verification is one of the ways in which we can preserve the positivity of online connections. By verifying that a community member is real and attaching their real name to their profile, they are more likely to be deliberate, respectful, and impactful in their communications instead of hiding behind a screen. It is through these small changes, including identity verification that online social interactions can once again become beneficial and powerful in the lives of others.

The Benefits of Artificial Intelligence for your Business
What’s Your Value in 2023?
Transforming the Executive Search Industry & Making an Impact
Bring the Zing – 5 Keys to Powerful Presentations, Briefings, and Meetings
Digital Empowerment of Rural People
How Luxury Decor Brands bounced back from Covid-19
CONTACT US