The Leadership Periodic Table: Elements of a Leader in the 21st Century 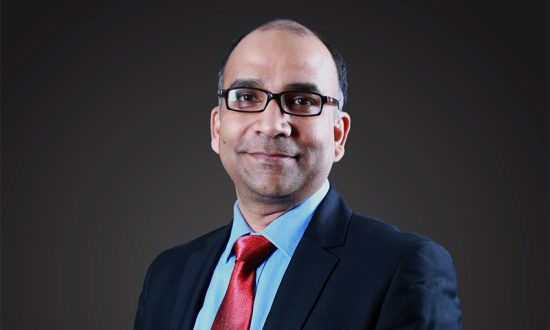 A computer science post-graduate from the Indian Institute of Science with experience in Digital transformation using Mobility, Analytics, Industrial IoT and Artificial intelligence, Sandeep Goel has over 21 years of experience in setting up, managing, acquiring, and integrating businesses. He has extensive leadership experience of working across diverse industry verticals like investment banking, FMCG, CPG and process manufacturing.

Of all the elements in the period table, tungsten reigns supreme in terms of tensile strength, fluorine has the highest electronegativity, and hydrogen is the most abundant element in the universe. As you go from left to right on the periodic table, the acid-base character of elements goes from basic to acidic. Can leadership be defined in the context of the chemistry laboratory setting? Is there a litmus test for leadership in an organization? Let’s discover it through the lens of the Indian cricket team.

A major cricket event dated March 23, 2003, at Johannesburg in South Africa is a testament of acidic leadership in a difficult circumstance. On this day, the Indian cricket team lost the World Cup final. However, this day is momentous for primarily two reasons. First, nobody had expected the Indian cricket team to reach the finals. Second, it inspired a generation of Indian cricketers to switch from a defensive mindset to a highly competitive one. The cricket pitch had turned into a battleground, courtesy of Sourav Ganguly; a leader with “acidic” elements had resulted in the formulation of a new brand of Indian sports. The Indian cricket team had found a leader who was willing to trust them with heavy duty roles and the license to extinguish fire with fire.

From leading the team to the final of the World Cup in Johannesburg, to scripting a memorable Indian Summer at Lord’s to keeping the captain of a world-conquering opponent team waiting for the toss in the iconic 2001 Border Gavaskar Trophy Test match at Eden Gardens, Sourav Ganguly had fundamentally transformed the ‘bhadralok’ (gentle person in Bengali) tag associated with Indian behavior in sports to taking a more aggressive outlook in their game.

What lies beneath this base to acid transformation is a display of multiple elements in leadership among individuals with diverse natures: acidic, basic, and inert. It is also a catalysis of controlled experiments to trigger responses and movements to achieve targeted outcomes.

Through the early and mid-nineties, Indian cricket fans remained glued to their television sets to watch one cricketer deliver their hopes and dreams: Sachin Tendulkar. He let the bat do the talking, bonded with the rest of the team, and developed new emotional connections with fans. Cricket, like any other competitive sport, has always involved fierce rivalries and in some instances the aggression from the other end is “over the top”. Whether it was a compliment or an occasional volley of sledges, stares, and some banter from the opposition, it was always met with a tap of the bat on the pitch; nothing more.

Giving the master blaster good company was his perfect foil and the wall of Indian cricket. Rahul Dravid had the saintly quality of being unperturbed by the words and deeds of the lesser mortals around him; so much so that a barrage of sweet chin music, an occasional stare in the eye, and the brute strength of someone steaming in from the boundary line were all dealt with a straight bat copy book defense right out of the cricket coaching manual. A lone warrior for the Indian cricket team on many occasions, especially in test cricket, he had the concentration levels to rival a monk. Watching him bat was no less than a pure transcendental meditation.

The third leader in the Indian cricket team, who a worthy opponent from Lancashire referred to as “Lord Snooty.”  When Sourav Ganguly captained the Indian side on the field, he had a message for his opponents: “Either you respect Team India out of your volition, or we will make you respect us.” A team of meritorious but well-behaved pushovers started looking at the opponent in the eye; the trademark of an organization that is hungry to win. Sourav’s trademark aggression and intensity spread like wildfire and rubbed off on the other players in the team. They imbibed a clear learning from Sourav: The only way to earn respect is to be competitive and play with everything you have.

One Broken Glass and Three Different Reactions: When Elements of Human Behavior Come to Life

Consider a room with three leaders and two glasses on a table. Now imagine if one of the two glasses falls on the floor and breaks into pieces. Here is a plausible set of first reactions from each of the three leaders. The first leader may claim that he did not drop the glass, thereby indicating a defensive nature. The second leader may enquire about the well-being of the other two, thereby demonstrating elements of empathy and care. The third leader may decide to put the second glass in a safe place to make sure that it does not break, thereby showing a more process-oriented nature. None of these reactions are wrong. Similarly, in the context of cricket, a VVS Laxman would have gone into recovery mode with cruise control. A John Wright would have asked for the well-being of the players first. An Anil Kumble would have put a process in place to stop the recurrence of the event. In fact, each leadership opportunity is unique and demonstrates the presence of at least one or more elements of human behavior.

The base to acid transformation of Indian cricket was not a one-stop event. Prakash Poddar, a former captain of the West Bengal state cricket team in the nineteen sixties saw a young cricketer from the Jharkhand state team play in a match in Jamshedpur in 2003? What were the parameters on which Poddar, and the team management had assessed this new find? What elements of human behavior did they see in that young cricketer? How did the co-existence of contradictory elements impact the formation of his personality? In the absence of any classical or operant conditioning, from where did he imbibe leadership elements? Is it possible to apply the template of the periodic table of human elements of behavior to a real-world laboratory setting of organizational leadership development in the same way as the Indian cricket team discovered its next big leader, Mahendra Singh Dhoni? The answer is hidden in the elements of the periodic table and the behavioral patterns they form.