The Measure of Leadership: Leading Change 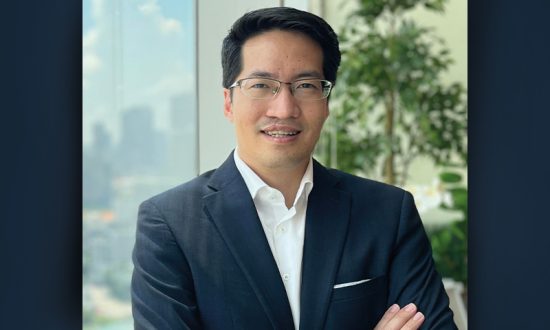 Lawrence Chong serves as the Group CEO of Consulus and MD for DesignFutures Venture. A Two-time TEDx speaker, he is a regular global keynote speaker on innovation and transformation. Since 2020, he was appointed by Pope Francis to serve as a Consultor on the Vatican’s Dicastery for Interreligious Dialogue. Consulus is a global innovation by design firm serving leaders, companies, and cities in their transformation to shape a better world. Consulus is an Economy of Communion enterprise founded in Singapore in 2004, now present in 16 cities from the Americas, Asia, and Europe. A global speaker, he has spoken at conferences such as Innovation by Design, World Marketing Summit, TEDx and in 30 cities such as Sao Paolo, Melbourne on innovation, business design, and the Economy of Communion. Lawrence also serves as Managing Director for DesignFutures Venture, an investment holdings firm based out of Singapore with book-end presence in both Singapore and Sarawak, seeks to accelerate the future economy of Sarawak in partnership with the best minds and global capital of Singapore to impact a better future.

Albert Einstein once said: “‘The measure of intelligence is the ability to change. In these times of pivotal change when business models are in question, when even the world order as we know it is in doubt, I would propose that “The measure of intelligence is the ability to lead change.” Ian Bremmer, the President of Eurasia and a global commentator on geopolitics, recently lamented that the crisis of our world is the absence of leadership. I agree, and here is where we need to draw a distinction. A person may have a title and a leading role in an organization, but it does not mean they are capable of leadership. This is especially true of today; there are few precedents in many situations we face. The usual playbooks will not work. And if you have leaders who are more comfortable with being managers, are not comfortable in facing the existential truths, and being confident to make bold decisions, then the organization will be in trouble. From working with leaders on change and my observation, there are three measures of great leadership in leading change. If you are working with such leaders, you are in good hands.

We were working on transforming a conservative national bank in the region. In a one-to-one setting with the CEO, I assessed the odds stacked against us in shaping change:

It is coupled with the reality that we are still determining his mandate, as in whether he will still have the job since the process will take much longer now. So I asked him, should we aim for a minimum change or lasting ones, given the odds? The CEO calmly admitted that while the odds are true, it is essential that the change last no matter how long it takes. Because if it succeeds, it will be an excellent example for the country that a slow, conservative bank can transform. I was so inspired by how open and honest he was, that we committed ourselves to work with him to realize the change he envisioned. Over five years, we overcame one challenge at a time, and today, that bank is a leading institution for the nation and, indeed, an example. I learned from this experience that leaders who are comfortable with confronting existential truths are certainly those capable of shaping real change that lasts.

In the Clementine Hall in Rome this last June, Pope Francis addressed us, the members of the Dicastery for Interreligious dialogue, where I serve as a consultor. He said, “The Apostolic Constitution Predicate Evangelium on the Roman Curia has just come into effect, and this area of its service to the Church and the world has lost none of its relevance. On the contrary, globalization and the acceleration of international communications make dialogue in general, and interreligious dialogue in particular, a crucial issue.” The constitution that he cited here is a major reform of the global governance of the Catholic Church to transform its leadership ethos from that of a top-down approach towards that of dialogue. I first met Pope Francis in person in 2014, and in that meeting, he spoke about the importance of choosing to walk together as leaders and be a people of dialogue. What is inspiring is how consistent and courageous he has been in shaping a 1.3 billion-member organization worldwide. Despite the resistance and frustrations from reforming a 2000-year-old institution, he continued to soldier on. Too many people in positions of power often cite resistance or the impossibility of change to delay making real change, but Pope Francis was courageous enough to pursue it despite the opposition. His reforms in terms of structures and appointing key leaders of his organization will have a seismic shift in the leadership ethos for years to come.

Since the invasion of Russia, Ukraine’s President Zelensky has demonstrated what wartime leadership is through communicating with his people and the world. Whenever there is going to be a difficult situation, he communicates as it is while showing empathy. And he ripped off the hypocrisy of global leaders whenever they fail to act. His courage in choosing to stay in Kyiv and travel to freed regions of Ukraine has engendered him close to his people. From a weak leader during peacetime, he found his element in wartime and emerged as a unifying leader who brought refreshing and direct communication with people. President Zelensky’s speeches have become a moral pulpit that global companies or nations are keen to stay on the right side with Ukraine. When some global companies delayed their decision to exit the Russian market, he named them, causing many to capitulate. Contrast his action with the dismal performance of many CEOs who are retrenching staff by the thousands; they sent mixed signals, and some demonstrated no empathy; as a result, these actions are not the hallmarks of leadership, thus not reassuring to the markets.

It has been said that in a crisis, it shows up the best or the worse kind of leaders. People can sense that the situation is already bad in any given crisis. A leader can lead by facing existential truths, being prepared to reshape leadership ethos for lasting change, and communicating truth to power. In complex times like today, we need such leadership

Helping Organizations Achieve Exponential Growth with the Right Set of Enterprise Solutions
International Education within the Indian Context: The Advantage of a Holistic Approach
Sparking Engaging Conversations with Industry Leaders to Create Value for the Supply Chain Community
How Mentorship Can Help Women with Office Politics
Role of Data Science in Vertical Farming
Moving Community Colleges into a Central Role in Resolving K-12 Teacher Shortages!
CONTACT US