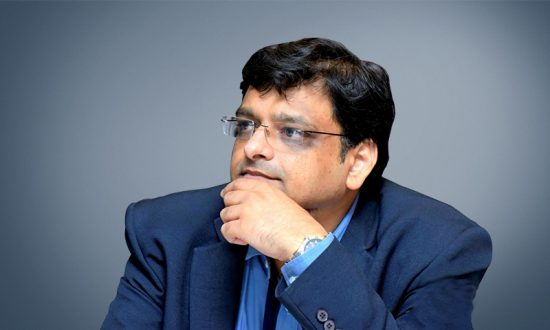 Vision, purpose, relentless passion for technology and life of spirituality– that’s what Dr Rajeev brings to the table, combined with over 24 years of extensive technology, systems & software experience on an international scale including more than a decade of senior management experience in the United States. Before affiliating with ESDS, in collaboration with his global partners, he has been a founder member of a firm called Artilligence Inc., a well-respected name in Northeast America as a one-stop service centre for virtually all IT services ranging from turnkey software development to supplemental staffing. Employees sometimes refer to him as “a COO with a heart”, because, in the cut-throat war zone of Corporate America, he disagreed to compromise his humility, simplicity, sincerity, truthfulness, and primary loyalty to his co-workers.

The lockdown has had a great impact on our lives, professionally and personally. Unable to step out of their homes, people are coming up with new ways to keep themselves occupied and remain active. Gearing up with the latest technology gives people the feel of keeping up with the rapidly evolving world. Over the past decade, Esports graduated from the novice domain to professional, showing a rising graph in both, viewer interest as well as participation. As more and more teams started to enter the competition, especially in East Asia and the United States, Professional tournaments made an appearance. And then like wildfire, the interest spread rapidly to other nations, including India.  The Covid-19 lockdown saw the drift towards online games. Hardware manufacturers are scaling up their R&D efforts in order to churn the games to be more affordable, legitimate, deliver expected quality, and be compatible with the Indian audience.

While the hardware companies are focused on their part of R&D, Software companies have to conquer IT challenges that include massive data loads, collaboration across multiple geographic regions, unified on-/off-premise workflows, and real-time streaming capabilities. Cloud computing and data analytics are planted deep into the core of Esports. Traditional sports have repeatedly struggled to capture performance data; the digital nature of gaming competition means that there’s no shortage of information. Progressively sophisticated APIs (Application Programming Interface) and cutting-edge technology such as machine learning is set to create more avenues to help players win and simultaneously amplify the viewer experience.

Mobile gaming accounts for half of the global US$149 billion video game market, growing 10 per cent year over year. Mobile gamers are the largest driver of growth across the video game industry amounting to more than two billion people worldwide. In a fragmented yet humungous mobile gaming market, many titles have maintained popularity for several years. Cloud gaming providers with such size, may aim to tap the market for casual games, mostly titles that fill idle time with no need for detailed interfaces and suited to smaller screens. Such games have dominated the mobile gaming market. Immersive gaming has highlighted the challenge for cloud providers in the gaming industry. They need to not only match technical demands of such games but offer new capabilities. They will need increased capabilities from CDNs to deliver rich experiences and low latency at scale. Additionally, they may also need to partner with telecom service providers to match the rising bandwidth demands.

The steep rise in mobile-based tournaments is likely to attract new investors from outside the gaming industry, which is vital to their growth. The future indeed looks bright for Esports and the gaming industry as a whole, but this also means that Cloud Service Providers and Datacenters need to provide more robust and scalable infrastructure with the ability to store and analyze a massive amount of data on the fly, as we can witness the storm already heading their way. India has just rolled out the carpet and has already shown the power and potential of becoming one of the leading nations in Esports and an unparalleled market for a digital gaming business. But at the back, Esports is all about pushing limits and working on how data is distributed, stored, and consumed. Hasn’t data really become a GAME changer? 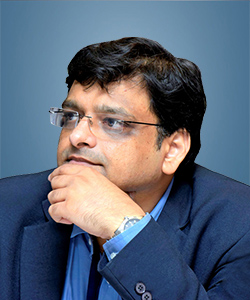 A believer in a borderless new economy, Rajeev’s business focus is truly global, and that is what he achieved his Doctorate in. His longest tenure was with Pfizer Pharmaceuticals, the largest drug manufacturer in the world with its current headquarters in New York, where he spent more than 8 years providing enterprise-class technology solutions and setting up financial processes.

Having achieved Masters in Computer Science at the age of 20, his zeal for education did not stop, and along with his professional career in the United States, he pursued his PhD in Business Administration, the highest honours he achieved at the age of 27. He has worked as a senior consultant at major corporations like United Parcel Services, Ernst & Young, Dun & Bradstreet, to name a few, before becoming an entrepreneur. A frequent speaker and panel expert in IT events around the globe, he has won several awards and recognitions for his contribution as an expert speaker internationally. He has been bestowed with the “GEM of India”, “Bharat Gaurav” and lately with the prestigious “Bharat Ratna Dr A.P.J Abdul Kalam Excellence Award” for his contribution to the field of technology. He has served in Board of Technical Advisors for IBM Software Defined Environment and has been a reviewer for the book “Managing Microsoft Azure Clouds” published by Packt Publications in UK.

How are Digital Startups Booming in the Indian Market
Customer-centricity and technology-driven innovation drive digital transformation in retail
Sustainable Funeral Practices in India: A Positive Trend
The Skill Sets Required to Become an AI Expert
FourPL Partners with FarEye to Bring Predictive Visibility to Customers in ANZ
Emerging Trends in Residential Real Estate
CONTACT US