The Rise of Senior Expert Economy Within the Gig Economy 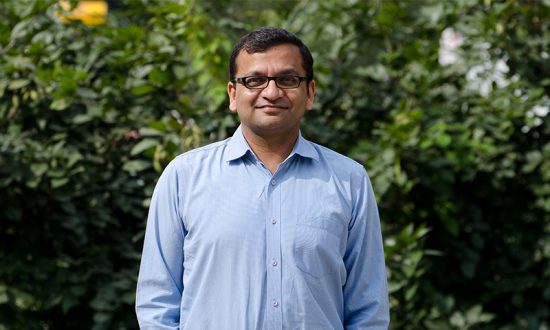 Vineet Arya is the Founder of COHIRE, a pioneering “Experts On Demand” platform based on the Gig CXO concept. While mainstream HR Tech organizations focus on providing the right candidate – full-time – in every role, to an organization, the COHIRE concept focuses on making available C-Suite professionals or Experts instantly or at a short notice, temporarily. Vineet has worked with some of the most-sought-after MNCs, including AMD, SanDisk, Tata Power Solar at senior marketing positions in his corporate avatar. During his career span of 23 years, he has managed entire marketing bouquet right from brand building and PR to ATL, BTL and Digital marketing.

Danish physicist Neils Bohr once stated that an expert is a man who has made all the mistakes that can be made, in a narrow field. Simply put, an expert has a lot of experience and can fast track solutions to a problem with the least scope for error.

While permanent/long-term hiring someone senior, someone who brings balance in uncertainty and leadership that clears storms and sails the ship, is the normal course of action, hiring a top-level executive is expensive.

These executives not only have a large salary package, but it also contains a lot of perks adding to the company’s fixed costs. From the executive’s point of view, full-time jobs while lucrative, also have certain struggles – a strained economy post-pandemic, no job guarantees and long fixed hours without any work-life balance. Thus, an increasing trend visible among senior leaders is towards the gig economy.

Further, every company, big or small, is now open to a new sphere of these qualified experts – experts who are re-inventing themselves as “available on-demand”.

A Gig Economy Route for Expertise

Sharing senior expertise has been the province of consultants and professional class, while the gig economy has been associated with contract workers, Uber and Ola drivers, Urban Company partners, small-time roles or content creators – a limited side hustling role. Together they have a whole new dimension where a greater number of niche experts are joining the erstwhile “gig economy” pool.

For instance, after the Great Recession, many executives and managerial roles went out to the temporary workforce who maintained a project-based independent work-life. Companies such as Wal-Mart, PepsiCo, Adecco and even Microsoft hired part-time executives and experts that helped them navigate effectively; meaning expert economy within the gig economy has been around for quite a long time and is only now gaining momentum with the rise of companies looking for a scalable temporary solution.

According to a report by Civic, professional learning platforms connect up to 1.5 Mn experts to companies who need expertise on-demand. According to the Civic report titled “The Rise of Expert Economy: Could Sharing Wisdom Be the Next Big Gig?”, firms frequently complained that they lack the right internal workforce to get projects done. Further, they thought that bringing on full-time talent may diminish their ability to shift priorities quickly and take on diverse projects.

Thus, a solution like CoHire connects on-demand experts from a pool of experienced industry leaders with 15+ years of presence in their niche domain to companies looking for short-term or temporary solutions. Looking at the current trends with new positions and jobs coming up – for example, a guidelines expert, a financial advisor over matters like funding, an AI expert – for such roles, hiring someone full-time is not feasible. But CoHiring or sharing the resources is a win-win situation for both the company as well as the expert.

Notably, the addition of expert-on-demand within the gig economy has replaced neither permanent hiring nor consultant economy. Instead, as new roles and responsibilities come up post-pandemic, experts believe that hiring has become selective in these roles.

A temporary executive in the company means no stake in the organization thereby relieving him/her from any internal political challenges. Meanwhile, it also allows the company to prepare for long-term leadership.

Most companies hire a temporary CxO for mission-critical jobs, but that perhaps need only one time scrutinising and yet will decide the course of the company for the foreseeable future. A senior expert on-demand will not suffer any biases or fallacies while making unbiased, sometimes strict decisions with the future in mind.

Like any other gig worker, experts (here: senior experts) stay for a pre-decided fixed amount of time, take up a few short-term assignments and cost way less than a full-time exec. This is why their allure is on the rise in companies across India.

Industry experts estimate that there would be over 130 Mn Gig Economy workers in India. Unlike the above report, this does not include the C-Suite potential of the gig economy in the country. India is a gold mine of business right now with over 50,000 startups that are tight on resources and high one scaling. Further, top leaders are always short in supply in the country, bringing on board a temp executive or an expert on-demand, is a favourable leadership solution, at least among India’s huge MSME sector.

Technologies for Cardiovascular Disease: A 2023 Appraisal
Seeing Strategically
10 Recommendations On How To Negotiate Outsourcing IT Contracts
Shopping in the Age of ChatGPT: How the New AI Rage is Revolutionizing Retail Experiences and Consumer Goods Manufacturing
Technology | Driving the Future of Retail in India
How COVID-19 has Re-Shaped the Shopping Behaviour?
CONTACT US