The Role of Short Videos in Identifying and Developing Global Talent 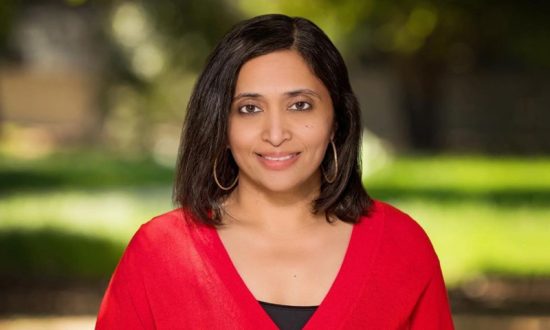 Vidya Narayanan is the CEO and co-founder of the parent company of Rizzle. She earned her BTech from GCT, Coimbatore, and an MS from Texas A&amp;M University. She has been in senior engineering leadership positions in Motorola, Qualcomm, and Google before her work on Rizzle. She currently lives in the Silicon Valley area.

It is a new world. Short is going big. As human attention shrinks, shorter form content is fast becoming the way of the future. Short videos are the future of media. Over the coming years, we will see short videos play a role in nearly everything – from entertainment to commerce to edutainment to infotainment and even customer service and enterprise discussions.

Naturally, as consumption moves more and more to short videos, these platforms become the place where the next generation of stars are born. Will these stars look similar to traditional celebrities we’ve known over the last decade? Unlikely. Will these stars need the same skills that traditional celebrities needed to possess to become famous? Not really.

The entertainment spectrum has been conventionally viewed as a pyramid, with stars “graduating” from TV shows into movies. So much so that it is now hard to remember that Bruce Willis or Tom Hanks or Shah Rukh Khan started in TV shows before becoming mega stars on the big screen. Some like Jennifer Aniston have remained more famous for their flagship TV shows and others like Steve Carrell have successfully maintained stardom in TV shows and movies at the same time.

On the UGC side, the way YouTube stars have developed has been very different from how Instagram stars have developed. The Top 10 YouTube channels are not the same as the Top 10 Instagram accounts. Same with TikTok. It is all too common to see stars like Amit Bhadana with 20M+ YouTube subscribers only have less than 5M Instagram followers. But the reality is that the perception of a hierarchy still remains there as well.

David Dobrik, after all that YouTube fame, expressed his interest in becoming a late night TV show host. Lily Singh did make the move from YouTube to her own late night TV show. Instagrammers and TikTokers who have made it to the top on those platforms aspire to be famous on YouTube someday.

This desire to graduate from one media format to another comes from the same old two vectors – fame and money. Not all fame is perceived to be equal and people always aspire for the next level of fame. Platforms and roles that have more monetization potential are naturally more attractive.

When it comes to short videos, the gap in the characteristics of the media format from longer form content is significant compared to the gap between TV shows and movies or YouTube and TV. All other formats up to now were horizontal and longer form. A long TV episode of 50-60 minutes is not too far away from a movie. A 30-minute late night TV show is not too far away from a 15-20 minute YouTube talk show. However, a 15-60 second vertical video is extremely different from any of these other entertainment formats.

Short video requires the creator to hook the viewers within 2-3 seconds of their video. There is no time to develop a narrative or develop a story. The hook within the initial seconds needs to then deliver a micro story or a micro performance within 15-60 seconds in a way that leaves the viewer satisfied.

We’re starting to witness short video stars progressing to other types of content. The D’Amelio sisters and Addison Rae have all now broken into big media now. Rizzle’s own stars are starting to get their breaks into TV shows – Anmol Garg, following his Rizzle talk show “News You Can Misuse”, now hosts a show on Hotstar.

Let’s analyze the key characteristics of short video platforms that will define the future of media talent.

The length and nature of content brings differences which drive the future more towards discovery than search. For example, shorter the content, the less it makes sense to spend time searching for it. If we’re about to watch a 30 minute show, it makes more sense to spend a few minutes looking for it or being particular about what we’re watching.

But the downside of the discovery model is that we will see many more one-hit wonders than in the other models. A top feed auto populated by a platform needs to optimize for the ultimate viral content, which means creators must consistently produce exceptional content to stand out.

This places a new type of burden on creators than before, when they could rely on their subscriber base to at least find their content.

In short videos, the story is more important than perfect production. Imperfections in production are almost expected and necessary. The audience is looking to relate to and interact with the creators.

This means that more and more of these videos can simply be made on the phone. Even short, vertical series can be made entirely on the phone. This allows more people to become storytellers and creators, increasing the pool of talent that can shine.

Short videos will only become a first class media format if it has a path to monetization. Any centralized monetization methods where the platform pays the creators directly are not sustainable.

Democratized monetization methods that connect sponsoring fans to creators is one path that holds potential. Globally success platforms like TikTok and Kauishou have done this with Live Streaming tips. But this does not benefit the regular creator who is just creating videos and not live streaming.

The real inflection that is yet to come is an ad revenue sharing model for short videos that can keep creators from chasing the YouTube dream. There are some big challenges here, but innovations are bound to happen.

The Future Of Global Talent

With short video consumption times increasing to become the dominant form of media engagement, future talent will undoubtedly emerge at scale from these platforms. The top contributing platforms that can result in multi-talented creators and straddle the entertainment spectrum will be determined based on how well these platforms can incubate and develop the early-stage talent.

Creator community building becomes one of the critical components of success in this world. The proliferation of creator funds and improvement programs is already starting to happen.

I also believe that short video as a media format will become the primary format for a class of tomorrow’s stars, where it does not need to be just viewed as a stepping stone for something bigger. This will be bigger than any other form of media that is coveted enough for both fame and money.

The Benefits of Artificial Intelligence for your Business
What’s Your Value in 2023?
Transforming the Executive Search Industry & Making an Impact
Bring the Zing – 5 Keys to Powerful Presentations, Briefings, and Meetings
The Importance of Seamless Cash Flow management for SMEs
Adaptive Strategies: The Key to Success in Business
CONTACT US