Home /LEADERS' INSIGHTS/The Unseen Health Benefits of Tea: All you need to know

The Unseen Health Benefits of Tea: All you need to know 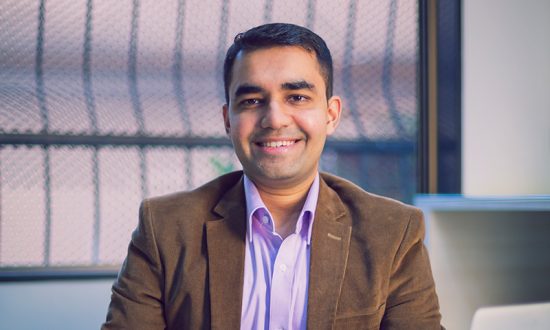 Parimal Shah is the Founder and CEO of Cherise India Private Ltd, which is a revolutionary Farm to Cup beverage eco-system! He is a third-generation Tea farmer, a master Tea sommelier and a coffee sensory analyst. His company Cherise is India’s most advanced & hygienic, farm to cup beverage vending platform and is engaged in researching, manufacturing, branding & marketing a wide range of Teas, Coffees, Soups, Milk along with their Smart IoT and Android-based fully contact-less Vending machines.

Have you ever wondered how steaming hot cuppa can give you loads of health benefits? Even a number of scientific researches have reinstated the fact that drinking tea could actually ward off many chronic health conditions including cancer, obesity and dehydration. Some other studies have stated that drinking three to four cups of tea in a day is a better option than drinking water as tea provides antioxidants to the body. Antioxidants scavenge free radicals from the body cells and prevent or reduce the damage caused by oxidation. There are over eight variants of tea and every tea is unique in its fragrance, test and health benefits.

The pertinent question that arises in our mind is which form of tea is most beneficial to you? Is that the cup of sugary black tea really going to help your body feel better? Let’s find out:

This is one of the most common variants of tea found in Indian households. The best time to consume this tea is in the morning. It is full of antioxidants that can keep your heart healthy by reducing inflammation in the body. The tea also helps to reduce any pain naturally, heals nausea and relieves constipation.

This tea is inherently a treasure trove of nutrition and enhances stomach, liver, heart and skin health. One can also add a dash of mint essence or a pinch of cinnamon powder for that extra zest and aroma as well to reap its wonderful health benefits. The myriad antioxidants and the invigorating aroma of lemon tea provide oodles of health benefits to its drinker. It also helps to alleviate depression and anxiety, a common mental health condition during the isolating times of COVID.

An extremely popular tea variant in India because of its exquisite aroma and flavours, a regular intake of masala tea can prevent you from many illnesses and make you healthy. As the name suggests, it’s a mixture of various Indian spices and herbs including cardamom, ginger, cinnamon and black pepper.It helps in reducing inflammation, boosts immunity, aids in digestion and reduces the formation of plaques, which are the leading causes of blockages. The best part is it has no side effects on the body. But, one should limit the frequency of drinking masala tea in hot and humid weather conditions. Two cups are perfectly fine to consume.

This is one of the variants of tea found in Indian households which helps with digestive ailments. The spice is also used to make a stomach-soothing tea. Cardamom is a full pack of antioxidants. This tea also ensures several health benefits like cure from cough and cold, helps in to lower blood pressure, it regulates your blood sugar levels and majorly it helps to boost the metabolism in the body.

Some health benefits of drinking tea

No matter what the variety is, the medicinal benefits of tea have been known for thousands of years. And now, even modern science is backing up a lot of those benefits.

Various studies have found that the consumption of green tea, which has the powerful antioxidant epigallocatechin gallate (EGCG), can reduce fasting blood sugar and increases insulin sensitivity.  Tea also protects pancreatic cells from further damage and decreases inflammation, all benefiting those at risk for or already diagnosed with diabetes.

Regular tea consumption may lower the risk of getting Alzheimer’s disease and other neurodegenerative diseases. Though the research is underway to learn the exact causes of Alzheimer’s occurrence and cure, research confirms that consuming green and black tea improves cognitive scores among those with dementia and Alzheimer’s disease. It can also boost memory and increase attention span.

Tea has been one of the most preferred hot beverages among people all over the world. We have seen how a variety of teas may boost your immune system, fight off inflammation, and even ward off cancer and heart disease. There is plenty of evidence that signifies that regularly drinking tea can have a lasting impact on your health and wellness.

The Benefits of Artificial Intelligence for your Business
What’s Your Value in 2023?
Transforming the Executive Search Industry & Making an Impact
Bring the Zing – 5 Keys to Powerful Presentations, Briefings, and Meetings
FMCG Companies Took to Apps, Bet Big on Direct-to-Consumer Reach
Pivoting amidst a Global crisis for the Electronics Industry
CONTACT US