The Year That’s Going To Cost Us 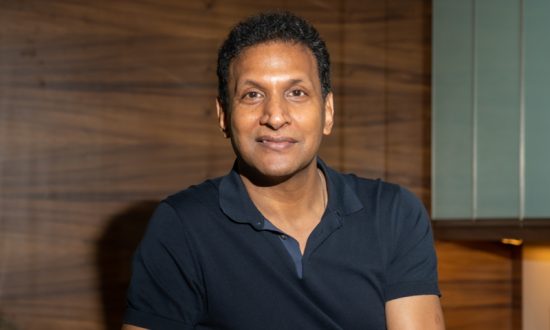 A Chartered Accountant and Company Secretary, Sanjay is a first-generation entrepreneur with an experience of more than 25 years in Investment Banking. He’s also an avid investor in early-to-growth stage companies and a philanthropist.

Inflation is the beast that separates the adults from the adolescent in the world of economics. It is known to ruin the digestion of central bank governors and keep bank directors on their toes. Beating it is the ultimate middle-class fantasy – to see salaries rise every year while prices stay the same, or even deflate, perhaps by divine grace. But what is this beast, and why does it affect all human lives?

In some sense, inflation is pure demand and supply. When there is less money in the market, either because people aren’t getting salaries or enough forex is not flowing in, prices will stagnate or drop, as sellers are desperate to get rid of goods. If there is more money in the market (oversupply), its value goes down compared to all other goods that it can be exchanged with. Hence those with the goods will demand that you part with more of your ten- and two hundred-rupee notes for said goods. A good example is the 7th Pay Commission for sarkari employees – by putting more cash in their hands, their employer triggered a short inflationary spurt.

In an informal market (like most of India is), where the money supply is not controlled by banks and all payments happen in hard cash, inflation operates on the laws of nature. In formal markets, where money supply is controlled by banks, and payments are done through methods that leave a ‘paper trail’ (UPI, NEFT, credit and debit cards, even cheques), inflation can partly be controlled. The common methods are tweaking interest rates and printing currency.

Let me tackle the latter first. It is a dangerous method. Responsible governments print only as much currency as the markets will take. Too little currency will trigger deflation, while too much currency will do the opposite. How much to print is a carefully calibrated decision, requiring central banks to keep ceaseless watch. However, governments that listen to crank economists, such as the modern monetary theorists, can wreck their own economy. Modern monetary theory (MMT) posits that a government that borrows money in its own currency (through bonds issued to its own citizens), and spends in the same currency, is basically just cycling money. It can afford to print lots of money, and tax is just a tool to increase or reduce circulation. As a developing theory, its relationship to external debt is not very clear.

The folly of this was proved in Sri Lanka not too long ago – after it printed 42% more money that it needed, cut taxes and expected citizens to buy more government bonds. People preferred to buy other things rather than bonds – and inflation kicked in. Of course, Sri Lanka’s woes are more than just unwise monetary policies, and involve excess Chinese debt, an abrupt switch to organic farming that destroyed most of its agriculture and a few other things. Two Central Bank governors have seen their heads roll in the streets of Colombo.

The other trick that central banks have is to raise or lower the interest rates at which they lend to banks. Higher interest rates tame the banks’ customers’ appetites for taking loans, and encourage them to pay down debt faster, reducing money in circulation. Lower interest rates cause banks to put out glossy advertisements for loans to finance one’s dream car, house, vacation or as happened with a neighbor of mine in the 1980s, a very noisy music system (Thanks now for streaming apps and Bluetooth earphones).

But it is not so simple. Why can’t we then have permanently high interest rates and keep inflation down? Compared to most Western countries, our interest rates are actually quite high, which is what makes us permanently attractive to FIIs, never mind the ratings agencies. That’s because high rates dampen growth – businesses need to borrow to raise capital to expand, and in turn create more jobs. We all want cheaper vegetables, but we would readily trade that privilege for our children getting jobs. But mind you, this is only true of the formal sector. Inflation can be high without creating jobs – because of things like the cost of imported petroleum (high nowadays) or other global factors like war, pandemics or financial crises.

The other thing governments like about inflation is what it does to their bottom line. A country’s investment rankings are determined, among other things, by their debt to GDP ratio. GDP here refers to nominal GDP – which includes the value of all goods and services produced in a year (real GDP), plus inflation. When we talk of a 5 trillion economy, we talk of it in nominal GDP terms. High inflation shores up nominal GDP, and makes the ratio of debt look more presentable. And technically, we can meet the 5-trillion dream through inflation alone. The temptation to print currency will be rather high, especially when debt is touching 90% of GDP.

That is not going to please anybody outside government, as Sri Lanka’s government is finding out. However, central banks are caught between lowering inflation (keeping the people happy) and keeping it at a level that pleases their sarkari overlords. RBI’s rate hike on May 4th caught people by surprise, just a month after it said it wasn’t planning to hike them. This has brought accusations that it was trying to help the gormint inflate out debt – rather than help citizens faced with rising petrol and cooking oil prices. Why inflate out debt – perhaps to keep the ratings agencies from downgrading India. Honestly though, it is something that is actually more media noise than economic impact.

Despite the rate cut, we are going to have to prepare for an inflationary (and perhaps inflammatory) 2022. Unless Putin ends his ‘special military operation’ or OPEC suddenly develops a compassionate streak or Iran and Venezuela are back on hukka-pani terms with the West, petroleum prices will stay high. The destruction of Ukraine’s summer wheat crop will keep food prices high as well.

These are uncharted waters and governments aren’t clear what to do. When the mess up, they have to go to the IMF with begging bowl, and have to swallow the bitter medicine it gives. That medicine is usually administered to the citizens in the form of tax hikes, income cuts, price hikes and a reduction in savings. India has not had a dose since the early 90s, and if North Block and Mint Road keep their heads about them, I hope it won’t need that medicine again.

Technologies for Cardiovascular Disease: A 2023 Appraisal
Seeing Strategically
10 Recommendations On How To Negotiate Outsourcing IT Contracts
Shopping in the Age of ChatGPT: How the New AI Rage is Revolutionizing Retail Experiences and Consumer Goods Manufacturing
How can Digital Documents Assist Pharma MSMEs in streamlining their Operations and Expanding their Business?
Digital Healthcare or Virtual Clinics are the Future of Healthcare
CONTACT US