Three Effective Critical thinking Skills That Every leader Must Acquire 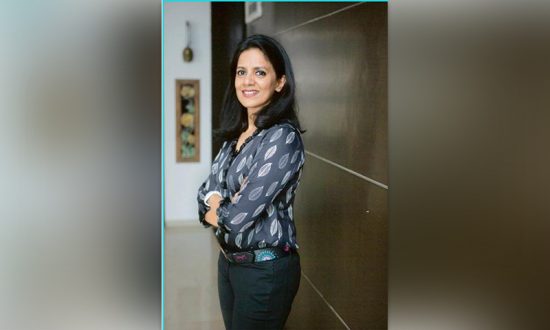 Vishakha Singh, a thought leader and a pioneer in the forward-thinking space has authored the course “SHIFT”. Her relentless curiosity coupled with a rich experience of 20 years in the entrepreneurial and corporate world has driven her towards disruptive thinking and innovation which is now strongly reflected in SHIFT. She is a critical thinker and affirms that innovative, creative thinking is a skill that can be acquired and developed by anybody. With this goal in mind, the ingenious business strategist created the online course SHIFT: Simple Habits and Ideas for Forward Thinking.

Critical thinking is a skill, like any other skill that needs training. It is the training and the practice that kicks in at the time of the need. Have you seen Bosch, a Netflix series?   One of the episodes  shows that Detective Bosch’s partner, Edgar, takes a split second decision and fires a gunshot at the armed suspect. He hasn’t clearly seen the weapon on the suspect, yet he has made the right move. Bosch says, this was Edgar’s ‘training kicking in.’ In another instance, Edgar gets shot by a sniper. After the first hit, injured Edgar rolls behind the car. The second bullet hits the bonnet. Bosch reads the crime scene and comments Edgar’s training kicked in! When something “kicks in” it means that it starts to work. Something that can “kick in” is an instinct, a feeling, or a certain way of thinking. For example, ‘as soon as he heard the gunshot, his military training kicked in and he dropped straight to the ground.’ Hence, to master critical thinking, one needs to follow the training.

While talking about how critical thinking can be acquired and implemented, it is also essential to have an understanding of what exactly is critical thinking. In essence, critical thinking is the ability to think empirically and not theoretically. To be able to, think logically and rationally, and understand the connections and patterns between ideas. It is the practice of becoming an independent thinker and active learner instead of being an obedient recipient of information. That being said, given below are a few tactics of practicing to become an impeccable critical thinker.

Defining the problem is the most crucial step in any problem solving. It involves diagnosing the situation so that the emphasis is on the problem and not on the symptoms. As a leader, one needs to build a culture of asking questions? A culture of asking questions is a culture that makes employees, managers, sales agents etc get into a habit of asking the right questions. The culture allows them to not just present a problem to their leaders, but to present it as a question that will help the team find solutions.

Active listening is a necessary part of being a good leader. Active listening by leaders means they make people feel heard. It doesn’t mean agreeing to their ideas or suggestions but it means leading with empathy. In order to acquire the skill of a great listener one needs to have the intent of no judgement while listening. The intent of no judgement allows you to be a patient listener and not jump to any conclusion before the speaker finishes.

Secondly, while in team discussions and meetings try to hear your employees out. Speak last. When you’re the last to speak, you empower your employees to voice their opinions and ideas without you butting in. You also become smarter as a leader, since you get to hear all your employees’ thoughts and suggestions.

As a leader one needs to be wary of the availability bias. What is Availability bias?: All of us have the tendency to use information that comes to mind quickly and easily when making decisions about the future. Our memory is stronger of things that have vivid narration. This availability of our thoughts impacts our decision making.

Studies have shown that victims and near victims spend on insurance purchases and protective action after disasters. Another example is you tend to handover a new project to a team member who has a clean recent record and not to an equally competent member who committed a small error recently. This is something similar to recency bias in investing where one tends to take investment decisions based on recent memorable events.

Cass Sunstein, founder and director of the Program on Behavioural Economics and Public Policy at Harvard Law School has given a name to how the availability biases flow into policy- the availability cascade. An excerpt from the book,Thinking, fast and slow, by Daniel Kahneman explains the concept as- availability cascade: An availability cascade is a self-sustaining chain of events, which may start from media reports of a relatively minor event and lead up to public manic and large scale government action. On some occasions a media story about a risk catches the attention of a segment of the public, which becomes aroused and worried. The emotional reaction becomes a story in itself. Prompting additional coverage in the media, which in turn produces greater concern and involvement. The issue becomes politically important because it is on everyone’s mind and the response of the political system is guided by the intensity of the public sentiment. The availability cascade has now reset priorities. Other risks, and other ways that resources could be applied for the public good, all have faded into the background.

You will relate to these words and how the story unfolds through Sucheta Dalal, the journalist that went after the scam. That cascade led to a positive outcome. The recent availability cascade of an actor’s death, led to a negative impact for the public. The attention could have been on pandemic, economy and safety instead.

Knowing how to develop critical thinking skills and implementing those as a leader will take you and your organisation a long way. Critical thinking helps programs leaders with problem-solving and decision-making skills, which enables them to overcome the worst of any crisis while taking responsibility for their actions! As a leader, one needs to be tactical and pragmatic to lead their organization towards growth and success, while factoring in the impact of their decision on the business.

The Benefits of Artificial Intelligence for your Business
What’s Your Value in 2023?
Transforming the Executive Search Industry & Making an Impact
Bring the Zing – 5 Keys to Powerful Presentations, Briefings, and Meetings
Artificial Intelligence and Education – A New Direction
API Banking: How is it Revolutionizing India’s Banking Sector
CONTACT US