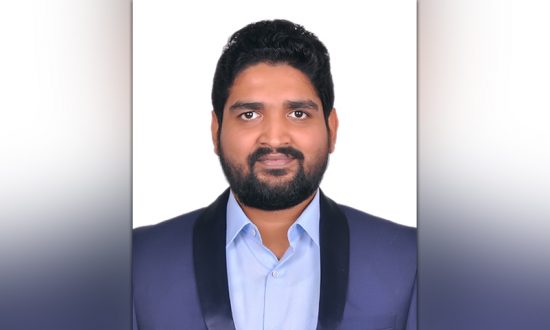 Rahul Kashyap is the Co-founder of Skillslash, an Edtech company based in Bengaluru, Karnataka. He started the company to assist the students with real work experience so that they get hired in top MNCs. He manages the enterprise side of the organization where he performs analytics consulting while dealing with companies. Rahul holds an integrated masters degree in Economics from Indian Institute of Technology, Kanpur. Before starting this venture, he has worked as an analytics professional for over five years with companies like Accenture Digital and Happay. He was always amazed with technology. In the past four years, he has trained over 5000 people in core data science and machine learning skills.

There has been an uproar among the students and professionals regarding upskilling themselves to avail themselves of the best available opportunities which provide them higher returns in terms of learning and earnings. Growth is being chased in every nook and corner by individuals, institutions and companies around the world. The Pandemic has acted as fuel to the growth fire due to lockdowns and more time in hands of people supplemented by the loss of employment in an enormous number of cases has put a huge focus on upskilling. With the anticipation of technology climbing new heights, upskilling becomes a necessity to walk with the developments.

India being the hub of a large number of talented individuals and professionals has increased the demand for upskilling courses which has also created confusion regarding which course to pursue. Here are the 6 top courses which could help professionals and engineers in diversifying and gaining new skills.

Data Science and Artificial Intelligence: Data science is essential to technology as data science deals with how to structure and store magnificent amounts of unstructured data in simple ways for efficient analysis. Whereas Artificial Intelligence is machine intelligence i.e. computer-controlled machines to imitate human-like problem solving and decision-making abilities/tasks. AI has a vast and ever-expanding field of application. With its applications being tested not just in the premier tech companies like Apple, Microsoft, Tesla etc. but also the new and upcoming startups have based their foundation around this concept.

Hence, it’s the most highly sought course with its variants that have complemented the working of many sectors and industries, Business Analytics, Data Engineering, Big Data analytics and so on.

Software Development: software development has gained a lot of prominence as it contributes to establishing the first point of contact between the businesses and the customers. However, its applications have been tested in almost every field and sector be it the government or business. The most basic example is Web Development, and one of the criteria is the websites that have become the lifeline of almost anything and everything. Hence, undertaking a full web development course would contribute towards upgrading your job, promotion and earning prospects.

Cloud Certification: Or cloud computing, the most common example is google cloud which creates a graphical user interface where google cloud resources and projects are managed. Hence, it is the technology that uses the internet to store and manage data, making it accessible at all times without geographical constraints. The most common cloud services used by individuals in everyday usage are- Dropbox, Google Cloud & Google Drive, Microsoft Azure among others. These are public clouds and can be accessed by anyone but the demand for cloud services according to institutional requirements is gaining ground.

Blockchain: This technology became famous with the arrival of cryptocurrency and particularly – Bitcoin. The technology that stores data in blocks with respect to chronology has simplified and enhanced the working around the world. Nowadays it has been used in various tech and non-tech companies and even the government. In the budget 2022, the government announced the launch of Digital Rupee based on the above technology and the proposal to tax the gains from the cryptos has further added to the popularity of technology. This widely used tech is going to be essential for the development of the concept of Metaverse.

Digital Marketing: Digital and particularly Social media platforms have gained immense support from the people. Social media was an important platform even before the pandemic but with the onset of the pandemic. It has become the platform that could single-handedly contribute to the success or the failure of new products and even companies. Digital Media is a vast sphere, it includes E-mail, Social Media, Web-based advertising and even text and multimedia messages. Optimization in the usage of digital media i.e. Digital Marketing is a high demand upskilling course due to the prominent and profound usage of Internet services.

Cyber Security: With the advancement of technology and data spread around the world, security has become a major issue. Cyber security deals with the application of technology to protect systems, networks and programs from cyber attacks i.e. unauthorised exploitation of systems, networks and technologies. There have been cases of widespread hacking of accounts in recent times, the famous ones being -Facebook (Meta) and bank hacking cases. Which makes it an essential domain with humongous potential to be pursued.

A Ladder Towards Learning, Growth and Return:

Students and professionals are searching or looking for new venues to upgrade their skills and subsequently to enjoy high returns from all their learnings. But the major aspect complementing returns is to maintain the pace with the advancement of technology. This helps in breaking down the complex set of tasks and data and adds efficiency to the ongoing operation techniques. Hence, it’s a necessity to be afoot with the growth trends of technology to experience an upsurge in careers.

Technologies for Cardiovascular Disease: A 2023 Appraisal
Seeing Strategically
10 Recommendations On How To Negotiate Outsourcing IT Contracts
Shopping in the Age of ChatGPT: How the New AI Rage is Revolutionizing Retail Experiences and Consumer Goods Manufacturing
Six Trends that will Shape the Food & Beverage Industry
How Tech Sector Can Break Stereotypes and Provide Opportunities to Women
CONTACT US