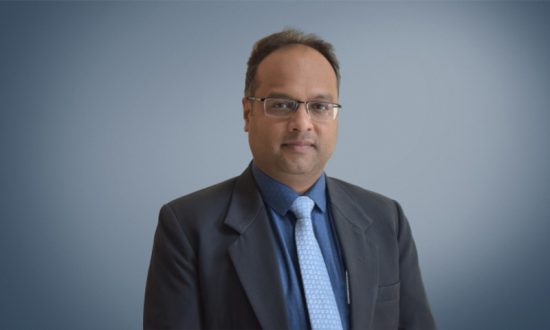 Dr Milind Thomas Themalil, Associate Professor,JK Lakshmipat University, Jaipur, is passionate about learning, teaching and research. He has worked on the miniaturization of Pixel Antenna (Agile Radiating Matrix Antenna – ARMA, for implantation on the Argos CubeSat 4U, CNES, France and has worked on microstrip antenna design for WLAN, Jadavpur University. Dr Themalil has published research in 5 Foreign Journals, 2 Indian Journals and over 15 International & National Conferences, including France & Spain. He has guided M.Tech theses in the area of antennas and wireless communication. He completed studies in India, Bahrain and Sultanate of Oman and developed academic professional career in West Bengal, Bangalore and Kerala.

​Generational advancement in technological tools has a tremendous​ ​impact on society. The use and consequent advancement of such tools provided us with more control over our environment. Hence the trajectory of the progress of such tools and subsequent inventions became the prime mover for civilization, what we also call development. Civilization has​ ​always advanced with empathy by investigating different design options for their tools and their socioethic implications t​hat​ ​strive​ ​to​ ​achieve​ ​optimal benefits to society. Technological progress has always brought in fear of new information affecting society’s general decision making (augmented by the selective theory of exposure) to adopt a technology, especially in the post-covid-19 scenario. For example, issues of how digital technologies can be used to determine one’s mental health status require frameworks for integrating ethical analysis into engineering practice in the context of online digital mental health therapy delivery, also called digital psychiatry. Another challenge is to develop new products and services in highly agile environments, providing opportunities for those displaced through automation penetration.

​Each generation of technology lays the foundation for the next; for example, the invention of simple machines, in turn, enabled building larger engineering structures. Naturally, the role of technology as the fuel for future societal change and the social implications of technology emerged as the focus of research which flourished along with other new social movements of the early 20th century. Study of the negative impacts that the First Industrial Revolution had on society and the powerful capabilities enabled by the adoption of data-driven decision making was emphasized since1950. The full implications of the innovative breakthrough technologies on human life required several decades to manifest, for example, the widespread nuclear energy use became popular in the 21st century. Technological innovations of the 19th and 20th centuries along with contemporary global challenges and their underlying processes are deeply ingrained in techno-politics.​

The industrialization has resulted in extraordinary prosperity while forcing large rural populations to move to urban areas leading to higher levels of migration. The wealth gap between nations has widened too. According to UNESCO one in every five children, adolescents, and youth is out of school worldwide. Also, more than 25% of the world is at risk of preventable diseases, due to a lack of clean drinking water. The World Bank’s forecast is that extreme poverty has declined to 8.6%. We move into the age of the 4th Industrial Revolution with all these statistics, while striving to distribute the benefits of prosperity. Given the emergence of complex adaptive systems, convergence occurs at every level, so interdisciplinary approaches to understanding systems are critical, for example, the earlier generation OSI model for communication networks fail to make sense of newer capabilities emerging from the cyber-physical convergence enabled by the Internet of Things and the deep interconnection of computing devices.

Technology trajectories enabled the UN to establish sustainable development goals driven by innovation, changing the geopolitical landscape.  For example, technological innovation influenced the transformation of the superpower balance, enabling Asian countries to emerge as the global market. In this multifaceted dynamic environment, nations make distinct choices with direct societal ramifications like massive investments in artificial intelligence, often reflecting unbalanced trade-offs, such as those between enhancing defense capabilities against addressing a more equitable approach to social development. Stakeholders in academia, business, and government must have tangible results for the social impact of technology to be prioritized considering ethical, legal, and social implications.

Let us foster a culture of thinking about technology and society that is guided by the economic and social concerns and incorporates ethics and fairness in decision making, thus co-designing for the future, transforming society and introducing new forms of governance to influence technological solutions. The future challenges of technology trajectories are significant but so are the opportunities for new ways.

Nurturing Data-Driven Partnership between Pharma Sales Representatives and Healthcare Professionals
How will the Office Work Culture change in the 'New Normal'?
Design Trends to Watch Out for in the New Normal at Workspaces
Future of Workspaces in India – How Will the Infrastructure of Workspaces Change Post-Pandemic
Recko on-boards Shankar Manian as Senior Director of Engineering
Angel Broking appoints Silicon Valley Techie Narayan Gangadhar as its new CEO
CONTACT US