Home /EXPERTS' OPINION/UP Government to Launch Tech Park in Noida – How will It Impact the Residential and Commercial Property?

UP Government to Launch Tech Park in Noida – How will It Impact the Residential and Commercial Property? 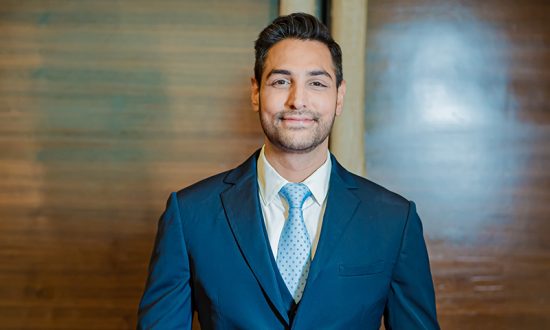 Aman Trehan the third-generation staunch entrepreneur in the realm of Real Estate in his family, completed his schooling from Airforce Bharti, Delhi and joined the Amity Business School in 2005 for BBA. He began his career at a very young age as he joined his family business to understand the nuances of the industry, alongside college. Today at 35 years, Aman has successfully been running his business for 15 years. With a total experience of 15+ years in the realty industry, he further aims to expand the business into different segments in the future.

The current government of Uttar Pradesh has decided to set up a data center park in Noida that spread over 200 acres of land near the Yamuna expressway. With this project state government is attempting to attract investment from domestic and international investors government has planned investment for 20000 crore rupees that will employ thousands of people. With the help of this huge investment, Noida will directly be competing with Bangalore and silicon valley. Within a few years use Giga corporation and MNCs other major companies recently purchased land to set up data centers in Noida, some of the major companies have already established their offices in Noida. Many more major domestic and international companies are directly in touch with the state government to set up their own data centers. It is because of the state government new policy that comes with several concessions and relaxations for domestic as well as the international investors the concessions given under the electronic manufacturing policy 2017 that have attracted 30 major companies to invest rupees 20000 crores in the IT sector the state government already declared Noida greater, Noida and Yamuna expressway areas as EMZ (electronic manufacturing zone) with this move government has managed to attract the eye of the major companies from various countries like South Korea, Japan, and Taiwan to set up their units here in Noida, This project will help to boost the regional economy and it will also help real estate sector to grow.

The two companies are expected to invest close to Rs 8,000 crore and generate employment for around 1,500 people. Two more data centers may come up in the region.

This project will help to boost the economy and provide employment to thousands of people, directly and indirectly, this project is one of the most ambitious projects by the government, this project is also self-reliant in India (Atmanirbhar Bharat Abhiyan) by the central government of India.

The project is attracting investments in various parts of Noida and Greater Noida. One of them is Sector 150 of Noida. This area is among the most preferred hotspot amongst homebuyers and investors. There has been proper investment of brains and finances in planning the layout of this sector. The area is around 600 acres of the land parcel. Nearly 80 percent of this area is kept for greenery, 20 percent is allocated to carry out construction-related activities. There is another stretch of 42 acres of land that has been devoted for the development of social infrastructure that includes development of parks and amusement avenues.

Another area that is attracting investments included Noida Expressway. This stretch is situated between Noida Sector 142 and 149. This area is highlighted as the most peaceful and fastest emerging micro-markets in Noida and Greater Noida. This way easily connects Greater Noida to other regions of Delhi through Noida Expressway. Moreover, it is a hub of several IT and financial companies. The development of Aqua line here has increased the number of people wanting to rent their houses here. Investors here are sure of earning a decent rental income here.

The recent announcement of development of Jewar airport and other projects by the government is definitely increasing the value of the area.

Technologies for Cardiovascular Disease: A 2023 Appraisal
Seeing Strategically
10 Recommendations On How To Negotiate Outsourcing IT Contracts
Shopping in the Age of ChatGPT: How the New AI Rage is Revolutionizing Retail Experiences and Consumer Goods Manufacturing
Metaverse – A conquering opportunity for Marketers
How Open Source can Help Enterprises Scale
CONTACT US