Home /EXPERTS' OPINION/What are the Limitations of Psychometric Assessment tools in Finding out a Child’s Hidden Talent?

What are the Limitations of Psychometric Assessment tools in Finding out a Child’s Hidden Talent? 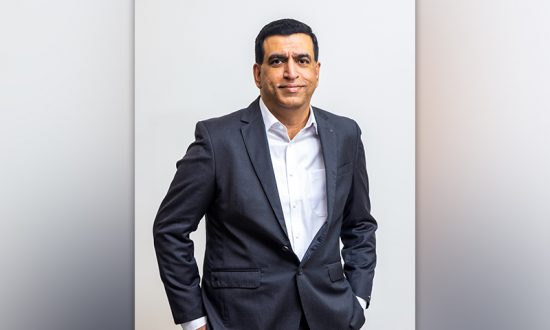 Sachin Sandhir, Founder and Co-CEO, GENLEAP has led a variety of real estate development, consulting, lending, offshoring, education, and SAAS businesses. He has held MD/CEO level positions for the last 18 years. Voted amongst the 40 most influential real estate personalities in India, he is an acknowledged expert and public speaker on Indian real estate. A specialist in building start-ups, he has built four successful businesses – both as an entrepreneur as well as a corporate leader. Prior to GENLEAP, Sachin was the CEO for Valocity India – a fintech in the South Asia market which he has established as the leading digital platform for streamlining valuations for mortgage lending for banks and housing finance companies.

The first ever Indian track and field Olympic gold medallist, Neeraj Chopra was an obese child who was pushed into exercising to escape peer teasing. That he discovered sports and javelin throwing was a sheer dint of fate and not because he showed an inclination towards the sports since childhood.

Award-winning celebrity chef Sanjeev Kapoor didn’t even know what a chef did and was solely driven towards his unconventional career choice in a bid to do something different. He took to hotel management accidentally as his friend Jasmit Singh had an extra admission form, which he filled out. Rest is history. Kapoor is the host of the popular TV show Khana Khazana, the longest running show of its kind in Asia which was broadcast in 120 countries and in 2010 had more than 500 million viewers.

Even the megastar Rajnikanth was a bus conductor before he tried acting egged-on by a colleague who noticed his talent. Our surrounding is replete with such examples of talented beings who found their calling by accident or by dint of their destiny and have carved a niche for themselves in their chosen field. What is common in all these successful and inspiring stories is that they decided to try out a field on a whim rather than any recognized abilities.

These stories drive home an important point that at times the distinctive capabilities which we may be endowed with may not reflect in our attitudes and associations. They may be genetic gifts we are born with, or somethings just work out because of the surroundings or environment we find ourselves in. The variable related to finding oneself in a particular environment can be a controlled or uncontrolled factor. And as for our innate abilities, sometimes it becomes difficult to spot them as in the case of let’s say Olympic champion Neeraj Chopra or the celebrity chef Sanjeev Kapoor. How does one discover these abilities as we may drift away from them owing to certain pressures or simply because of not having any knowledge about them! Identifying these abilities early on and nurturing them can serve as a guiding light to achieve our potential with effortless ease.

It is common knowledge that we can accurately measure weight of a person by using a weighing scale or height of a person using a stadiometer. But how do we measure our innate abilities? this is where popularly psychometric stepsin. It is a set of measuring methods that is used to identify, describe or check data or psychic behaviour. Psychometrics is a scientific field that delves in the theory and techniques of testing personality traits and cognitive ability via different assessments, measurements, and models. It is widely used in several fields, such as education, psychology, psychiatry, and recruitment to assess cognitive ability, personal traits, and mental health status. It has become a standard hiring practice in recent times and many companies use such tests as part of their recruitment and hiring process. It can be a powerful tool for assessing the strengths and abilities of candidates.

Psychometric testing originated in the early 20th century and the concept was propounded by French psychologist Alfred Binet who undertook the first psychology test in 1905.

Psycho-educational tests are widely employed when it comes to understanding a child’s cognitive strengths and weaknesses. It serves as a guiding light in assessing a child’s intellectual ability and academic achievement testing. The tests usually comprise of a variety of questions, puzzles, drawings, stories and games.

However, psychometric testing has its own share of disadvantages as evident by the celebrity examples above is not a fool proof method to assess innate abilities of a child.Even though these tests have been accepted they cannot be used in isolation as the scores are open to subjective interpretation and testing parameters such as environment, culture and may not always elicit accurate results.

Challenges and disadvantages in psychometric testing

The challenges with psychometric assessments are that they are impacted by the current state of mind that the respondent may be in. This impacts the overall personality and behaviours that an aspirant depicts in the assessment at that point of time. There are inborn traits which we are born with which comes from your DNA and there are acquired traits that a person becomes as a result of the environment that a person is exposed to. This is the real nature and nurture debate. Psychometric assessments can be effective too but typically depict the current state and has a reference point of 1 to 3 years.

The effectiveness of psychometric testing has often been questioned because of a test-taker’s ability to answer in a socially desirable manner or not being entirely true to their knowledge. It has often been argued that psychometric tests can cover a candidate’s real personality. Those undergoing psychometric tests can have misleading answers owing to anxiety or due to distractions caused by the test environment. The answers given by a child can therefore be marred with anxiety diminishing their importance. The lack of the right training can be a hindrance to making the most of psychometric tests. These tests are often implemented by people who are not adequately trained to interpret and use them.

With the advancements in Machine learning (ML) and other technologies there has been greater accuracy and result-orientedness to these psychometric tests, making them more useful. A combination of different testing methods is clearly the way ahead. Combination of different methods such as genetic decoding, use of psychometrics and astronomical prediction can really prove to be the way forward. Backed by innumerable data points and digital mapping of all possible streams can help a person not only choose the right career but also stay on track.

Understanding one’s hidden talent may not be easy. But with the combination of right tools and techniques it is possible to find out what’s best for your child and which path to embark on for a fulfilling and happy life. Just as a famous cosmetic brand’s tagline sums it up admirably by saying “Maybe she is born with it”, let’s try and find what our child is born with.