Home /EXPERTS' OPINION/What Aspects Should you Consider to Start a Business Today?

What Aspects Should you Consider to Start a Business Today? 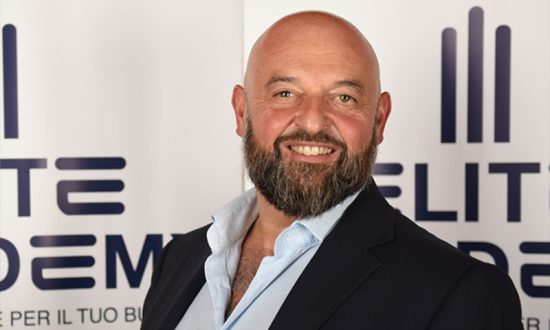 Alessandro Bertoldi was born in Cuneo, North Western Italy, in 1968. At the age of 21, he began his career as a salesman, then as financial advisor and finally as sales manager, co-leading various sales networks operating at national level and often owned by multinational establishments. At the age of 33, he changed his career and became a strategic business consultant, an activity that sometimes he still exercises for fun. Over the course of 18 years, he had the opportunity to acquire over 400 Entrepreneurs, as customers, that grew from small businesses to medium-sized companies, continuing to collaborate with them, even 20 years later thanks to his ability to establish deep relationships that go beyond the single performance and stabilize on a real shared interest. In 2016, Alessandro changed from being a Consultant to Entrepreneur, founding a company with his wife Ana Maria Alvarez who is always by his side in every professional activity and his “important” client Elite academy Srl, a company operating in increasing corporate performance, through the enhancement of HR, the improvement of the organizational base and of the corporate operational strategies. In the same year, the company launched a profound diversification with business first in Malta, then in Serbia, Montenegro, Macedonia, Bosnia and Bulgaria. In 2017 he moved to Spain with his family, having foreseen severe difficulties for those who live in Italy. In 2018, Park Rent & Fly d.o.o. opened its first car park with shuttle service to and from Belgrade airport. 2020 reset a lot of what he had undertaken and built, so Alessandro restarted what he does best, helping entrepreneurs and networking, and founded EVE, a platform dedicated for PR through which he returned to gain altitude in the following two years. In 2022 he developed new business branches for Elite Academy in Italy and Serbia and became the Chief Operating Officer of Park & ​​Fly and in six months, quadrupled the revenues, laying the foundations for the creation of a diversified company in other Balkan nations, with inclusion of new Partners and Associates.

If, for Entrepreneurs, the last 20 years have been revolutionary, I think the last 2 years have been unpredictable. Many theories have been overturned by the facts, some resulted winners but most were defeated by challenges. Generations, Nations, Sectors, Professions, Habits have been defeated.

I have been a strategic consultant for small and medium-sized enterprises for 20 years, now I am happy, since 2016, to be a small serial entrepreneur, operating in different countries (Italy, Malta, Serbia) and living in Spain. For someone like me who is a young entrepreneur – my first business was born in 2016 – it was pretty tough. Personally, I had completely to redesign my business, since, compared to 2019, in 2020 with this company, Elite Academy Srl.

We lost 65% of our revenues in Italy, and, to tell the truth, we managed not to fail thanks to a good dose of luck.
The company I started in Serbia, Park Rent & Fly Doo produced substantial losses for all Stakeholders, suffered leakage of a Founding Partner and encountered a market devastated by the closure of the Nikola Tesla airport in Belgrade.
Despite everything I am here, the activities are proceeding, I have new Partners both in Italy and in Serbia and, to be honest, 2022 will close very positively for both activities which, despite having nothing in common, are managed with the same principles.

What have I learned that I want to share with you?

These indications are not the result of in-depth studies, but of two years of devastating personal experience.
So, what are you waiting for?

How Women in Real Estate Can Overcome Challenges and Thrive
How AI is Set to Transform the Workplace
Why Leveraging Data in the Digital Age is Crucial to Business Success
Say Hello to an Emerging Breed of Independent, Resilient Women Entrepreneurs
The Digital Revolution is Changing the Landscape of the Healthcare Sector
Walking the Fine Line: How Logistics-powered Businesses Can Align Environment and Business Goals
CONTACT US