What if AI becomes self-aware? — A Vista 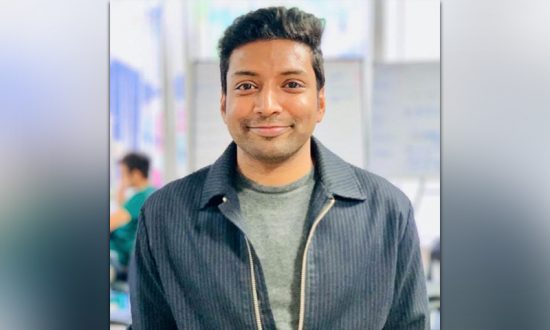 Saikiran Chandha, Co-Founder & CEO of Typeset (Based in San Francisco, California) Saikiran is a self-driven entrepreneur who has aggressively worked on transforming the way research is written. He started Typeset out of his own experience when he was publishing a paper during his graduation days and came across the problems involved in getting a paper published. He believes that researchers spend a lot of time in understanding and developing their research but when it comes to communication and dissemination, the tools used are out-dated. Saikiran along with his Co-Founder – Shanu Kumar started Typeset to disrupt the scholarly communication segment.

AI researchers are already making headway in developing the Theory of Mind AI by enhancing the limited memory AI. Eventually, the self-aware AI will emerge when the Theory of mind AI is accomplished and develops a machine that rapidly shifts behaviour based on emotions and precisely mimics human communication. The glaring shade of artificial intelligence

“AI is going to change the world more than anything in the history of mankind. More than electricity.” — AI oracle and venture capitalist Dr Kai-Fu Lee, 2018

Today, artificial intelligence is being surfaced in diverse markets and stewarded as the technological innovator of the foreseeable future. Undoubtedly, humankind is already witnessing the enduring impact of AI in almost every technology, be it smart applications, email spam filters, cars, healthcare, to Siri and Alexa.

The major outbreak of AI is discovering an AI writer that generates high-quality content within a drop of a hat. Similarly, the inventions of web-authoring platforms in the scholarly publishing arena are expediting the anguish of research scholars and researchers by their auto-formatting feature and auto-conversions into different file formats. Thus, AI influence is permeating deeper in major technological industries worldwide. So, what happens if researchers develop self-aware AI? Regardless of the benefits of artificial intelligence and robots, they are still considered tools that work on human intelligence because of their frosted behaviour of being non-reactive or unresponsive to any emotions.

But, what if they start to learn about their existence, think about themselves, and become self-aware? There are a lot of speculations about the forthcoming emergence of self-aware AI. Since no one has created or witnessed an artificial conscious machine, it could be tricky to foretell the traits of conscious robots.

If machines gain the self-conscious ability, it could lead to serious plausibility debate and ethical questions. If machines ever become conscious, their fundamental right would be an ethical issue to be assessed under law.

For example, if a self-aware computer is used as a tool, should laws be forced for such cases? Accordingly, self-aware AI might demand a legal definition like German philosopher Thomas Metzinger demanded a global moratorium on synthetic phenomenology until 2050.

If the machine learns to examine, investigate and identify ways to improve its own design and functions and update itself into smarter and robust pieces, what happens to mankind? What would be the correlation between a man and a machine? Will the machine conclude that humans are no longer needed, or will they destroy humans for self-preservation?In that case, befriending a machine would be a game-changer for humans 😛

But, the question that ultimately strikes here is; Will the self-aware AI machines ever take birth?

Could it really happen?

Defining consciousness and endowing a machine with awareness isn’t trivial but challenging for researchers and philosophers. It might be possible to create an algorithm that mimics human thought or replicate human thinking at a facade level, but developing a language or code to proffer self-awareness or consciousness to a machine would be beyond our grasp. And this question would remain the pinnacle of artificial intelligence, which the future can only answer.

Despite the challenges, researchers worldwide are still working towards building a self-aware AI. If we ever achieve this, I’m sure this will either unveil apocalyptic outcomes or drive the future to prosperity and elevations as a technological aid to humankind.

So, what are your thoughts on self-aware AI?

Technologies for Cardiovascular Disease: A 2023 Appraisal
Seeing Strategically
10 Recommendations On How To Negotiate Outsourcing IT Contracts
Shopping in the Age of ChatGPT: How the New AI Rage is Revolutionizing Retail Experiences and Consumer Goods Manufacturing
Financial Inclusion: How Micro-finance Institutions are Using Technology to Expand Access to Credit in Rural Areas
How Technology is Transforming the Fashion Jewellery Industry
CONTACT US